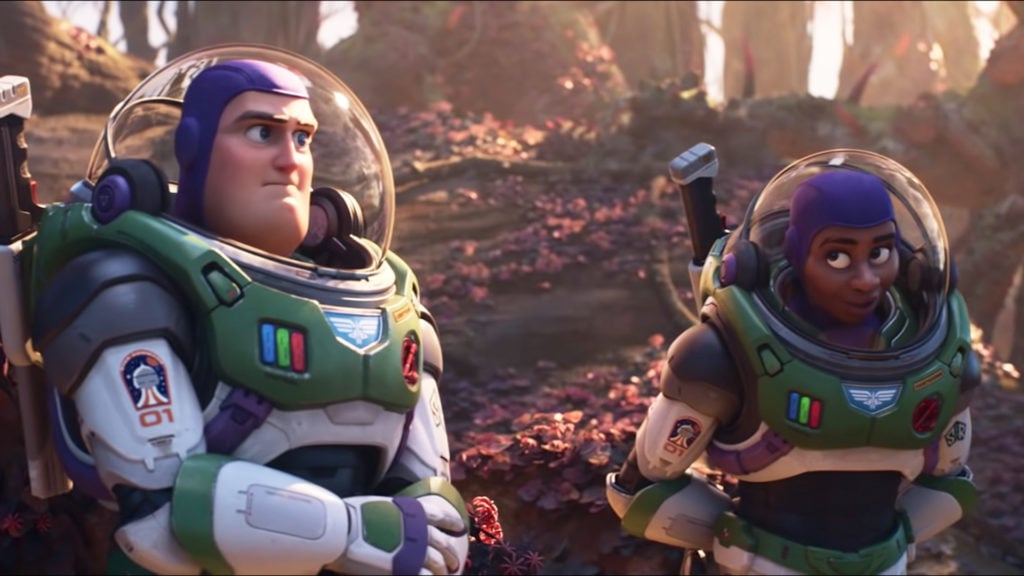 Film production studios the likes of Pixar can afford to pretty much do whatever they please, within the context of what their reputation rests on of course. Memorable hits such as Ratatouille, Up, Toy Story, Monsters, Inc., were all warmly met by critics, moviegoers, and awards ceremonies. It is the ultimate winning combination. Virtually everyone who counts enjoys the output and they make bank. Make 3 more Toy Story pictures, make a Monsters, Inc. prequel, make three Cars films. Get someone who has mostly dabbled in short films for the company to make a Lightyear, a movie within the Toy Story universe that serves as the origin story for a toy in said universe. At this point, why not?

To be fair, Angus MacLane has worked dutifully for Pixar for several years already. Not only did co-direct 2016’s Finding Dory, but there is value in hiring from within and allowing talented people to ascend the studio ladder. Who better to make the next Pixar mega-picture than people who know the secret sauce.

Co-written by MacLane and Jason Headley, Lightyear follows the adventures of the eponymous intergalactic space ranger (Chris Evans) has he strives to help his marooned exploration team find its way off a strange, hostile, and distant planet. The main objective is to devise a new type of fuel crystal that will enable the crew to travel at light speed. Suffice to say that plans go awry, especially when the evil robots show up. Buzz must lead a ragtag group of wannabe heroes made up of Izzy (Keke Palmer), Mo (Taika Waititi), Barby (Dale Soules), and Buzz’s robot companion cat Sox (Peter Sohn).

A Buzz of Excitement

MacLance and company smoothly set the stage for the adventure viewers shall embark on. There is no need for scenes on Earth with tearful goodbyes or how Buzz earned the right to pilot rocket ships. The protagonist is already largely who Toy Story fans know him to be at the start. He doesn’t sound like he did before but that’s another matter altogether (or different from what he will sound? This is a prequel…spinoff…both). Furthermore, audiences are tossed into the action barely a few minutes in, as the planet explorers quickly find out that their newly discovered rock doesn’t take kindly to strangers. One thing leads to another and before you know it, Buzz is stranded lightyears from home. Rim shot.

In the Toy Story films, especially 2, it was made clear that the Buzz toy was an iconic figure who had lived through many adventures. It is fitting that Lightyear trots along at a snappy pace. For a film that’s under 2 hours, it feels like the group of down-on-their-luck heroes experiences a dozen mini-adventures. One problem arises and they fix it as best they can. Then another, and another. Whether intentional or not only the filmmakers know, but Pixar’s latest carries itself with the breeziness befitting of old-school serialized adventures. A lot of it is kind of silly, almost suggesting that the creators made it up as they went along. At least that’s what it feels like at times, much like it was with the actual serials back in the day.

It Takes Character to be a Hero

One of Lightyear’s more curious lasting impacts is that of its titular ranger. Or should that be the lack of a lasting impact? Make no mistake about it, it is cool to see an “actual” adventure starring the toy so many people have grown to love in 4 previous films. Said cool factor can’t mask some minor issues plaguing the picture. Chris Evans, for all his talent as an actor, can’t elevate Buzz to the iconic status Tim Allen succeeded at. His face has an “aw shucks” earnestness to it. Even when he plays bad people like in Knives Out he really sinks his teeth into the material. However, when it’s just his voice, it lacks some gravitas. Playing Buzz Lightyear is not Shakespearian, but Tim Allen knew how to inject the right amount of unabashed, overcompensating heroism into the role. Evans is too passive.

On the flip side, Keke Palmer is excellent. She voices Izzy Hawthorne, the granddaughter of someone Buzz used to know in the Space Ranger program. Unlike her ancestor, Izzy has never flown in space and in fact finds the idea absolutely petrifying. She and her friends, the clumsy Mo and parolee Darby, feel like the story’s beating heart. Contrary to Evans (not that it’s his fault. He can only act with the voice he has!), Palmer has the voice for an animated character. Izzy is ambitious to a fault, in over her head but doesn’t care, and is a dreamer who is still a little scared of the things she dreams about. She’s a tremendously charming character.

The character most people will surely be talking about is Sox, the assistant cat droid. Spoilers shall be avoided, but pretty much everything about him is fantastic, from Sohn’s voice work to its programmed abilities.

Pixar are experts at tugging at heartstrings and communicating messages through story. Ironically, for a film studio that creates computer animated entertainment, one wonders if their servers and programmers have concocted the perfect code. Sometimes it feels a little bit too perfect. An early, emotionally charged sequence apes another, fondly remembered Pixar story beat to the point where it is fair to question whether MacLane and his team were even aware of it at the time.

Other beats feel a bit predictable. Because Lightyear is a family animated movie, therefore such and such thing must transpire to stir up drama or make people laugh or cry. It’s difficult to blame someone who may leave the theatre feeling they didn’t see the most original Pixar project, spinoff status notwithstanding.

Is it good? Sure it’s good. It’s reasonably light summer entertainment with a life lesson or two squeezed in for good measure. It doesn’t reach infinite and doesn’t really go beyond what one expects from Pixar, but it delivers a light buzz.