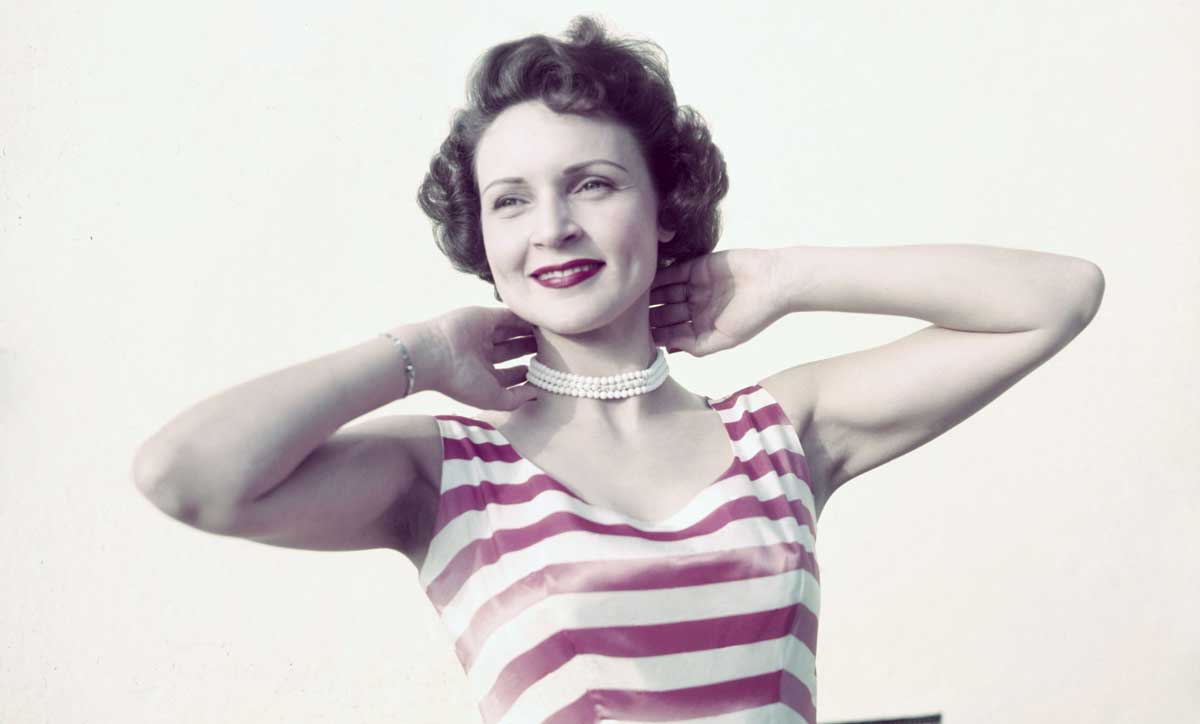 Betty White: Thank You for Being a Friend

The passing of Betty White on New Year’s Eve, just seventeen days before she would’ve turned 100, has me musing on the melancholy side of celebrity longevity.

There are those famous, sometimes iconic personages that were already Familiar Faces when we came of age, already seeming fixed in our pop culture universe.  We grow up with them, and even though we see them age, we get so used to them being there, we begin to think of them as permanent fixtures, like faces on the media version of Mt. Rushmore:  was, are, always will be.

And then they’re not.

Perhaps because of that sense of permanence – a feeling that defied logic, defied the reality of the clock – their loss hits us in an oddly personal way, a feeling that we’ve lost someone we know…even though we really didn’t know them.  And if that seems an odd, muddied, illogical, contradictory concept, well, that’s part of the magic of movies and TV and recorded music; that media alchemy which creates a warm bond with people we’ve never met, and generally only know through their on-screen/recorded personas.

So, we’re struck by the loss of Betty White who felt like she’d been around forever (and, when it comes to TV, she pretty much had been) which gave us the sense she always would be.  What had seemed so permanent suddenly reminds us that the only thing permanent is impermanence.

We mourn different Betty Whites, depending on when we “met” her, and there were many Betty Whites considering the length of her career (she had her first regular TV program – a talk show – in the early 1950s and had been working in radio and TV since the late 1930s).

By the 1960s, although she’d never had a major success, through her several series, numerous guest spots, and frequent appearances on game show panels, she was already a Familiar Face.  That’s when I “met” her – home from school because “Mom, I don’t feel well” (sometimes real, sometimes, well, I was never a saint).  I’d see her on game shows like Password (where she met her third husband and lasting love, Allen Ludden, the show’s host; they were together until his death 18 years after they married).  With her Polly Purebread Midwestern looks, broad, warm dimpled smile, she came across as a kind of all-American goody-two-shoes type which is what gave such a spark to her cast-against-type role as “Sue Ann Nivens, The Happy Homemaker” on The Mary Tyler Moore Show.

The story goes the producers felt they needed that kind of smiley, wholesome-looking type to play the cooking show diva – someone like Betty White – when someone finally proposed the obvious answer of asking the Betty White, and she was brought on in the 1973-74 season. On-screen, Sue Ann was the Betty White we’d come to know over the previous two decades:  perky, sweet, unsurprisingly perfect in the kitchen and dressing a home.  Behind the scenes, Sue Ann was a conniving, acid-tongued, tyrannical, condescending, often bitchily cruel, libido-driven monster who executed all of her horrors with that frozen, iconic Betty White ear-to-ear smile.  She may have been funny to everybody, but for those of us who’d grown up thinking her a slice of American white bread, the turnabout was hysterical, and she loved playing it:  “I like bawdy humor.  I love bawdy humor…”

She was the only character on the show with an ego bigger than Ted Knight’s bloviating anchorman Ted Baxter, and who could out-insult Gavin McLeod’s quipping news writer, Murray.  I still remember, all these decades later, her responding to one of Murray’s verbal cuts with that beaming Betty White smile, stroking his hairless pate, and cooing, “Ahh, Murray, bald men are so jolly!”

MTM was White’s first big hit and while it escalated her profile immensely, the 1985-1992 hit Golden Girls – where she made another 180 turn to play the sweet-but-spacey Rose Nylund – cemented her status in the go-to casting ranks of seniors.

The next three decades were the busiest of White’s career and she recognized her good fortune saying, “I’m the luckiest broad on two feet…”.  Besides another series – Hot in Cleveland (2010-2015) it seemed there was hardly a series she didn’t appear in, from short runs on everything from Boston Legal to soap The Bold and the Beautiful to guest spots on, well, damned near everything else:  Malcolm in the Middle, 30 Rock, The Simpson, even an appearance on WWE Raw…the list goes on and on and on.  Throw in guest-hosting Saturday Night Live at the age of 88, it seemed there was nothing she wouldn’t venture, carrying on a hysterical Twitter feud with Ryan Reynolds after she co-starred with him in 2009’s The Proposal, snarling as a sugar-starved footballer in a Super Bowl Snickers commercial…  Like I said, the list goes on.

Which conditioned us to think it always would.

But the calendar never adds pages, and the clock only runs in one direction.  No doubt the trouper in her wanted to make it to 100, knowing it would make quite a show, but some years before, she seemed accepting of how all life stories must end and expressed no regrets.  At the age of 90, she’d already given an epitaph any of us would envy:

“I’m just at one of those good times in one’s life.  I’m at one of the high spots…Isn’t that kind of the best way to sign off?”

The Double Crams Two Many Ideas Into One Movie

9 Spider-Man Villains We Want to See in the MCU