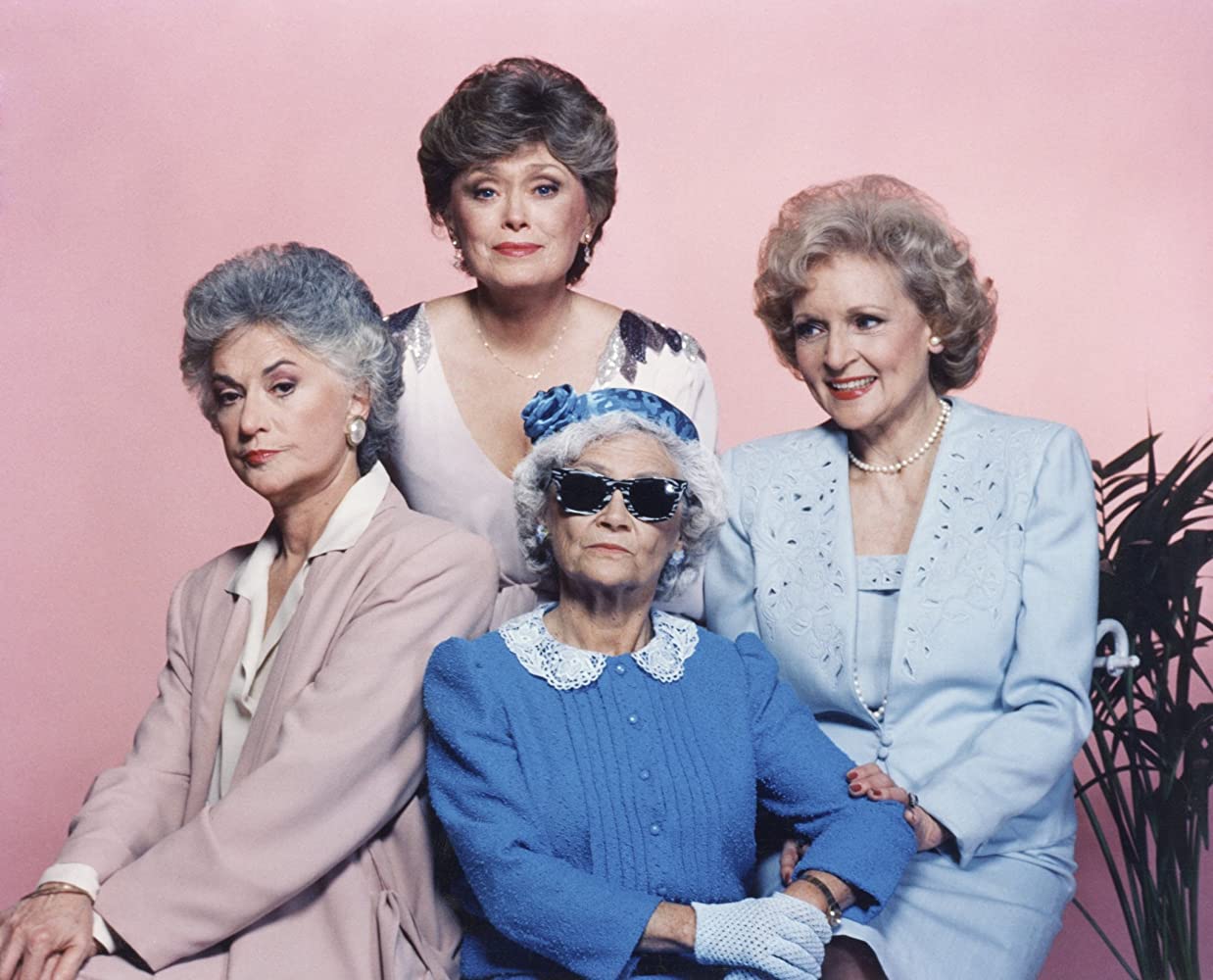 The Golden Girls, the NBC sitcom that ran from 1985 to 1992, was one of those shows that had a lot more going on than I realized when I watched it as a kid.

The show, which debuted 35 years ago this week, as the story of four older women — Bea Arthur’s Dorothy, Estelle Getty’s Sophia, Rue McClanahan’s Blanche, and Betty White’s Rose — who live together in Florida. On the show, one of many of the era produced by the  Witt/Thomas/Harris team, all were single (Dorothy was divorced, while the other three were widowed), and all enjoy active social lives, in addition to their friendships with one another (“Thank You For Being a Friend” was the show’s famous theme song.)

In fact, what really stands out about the show is just how unbelievably frank it was about the sex lives of its four senior characters, in a way that would be practically unthinkable on a network sitcom today. Friends, it’s been pointed out before, was the first major sitcom in which all of the characters were good-looking, and ever since then, young-and-pretty has been the role for such shows.

The Golden Girls, though, was unconcerned with taboos of that sort:

And this monologue by Betty White may be my favorite moment on the show:

Ever since it went off the air — and was followed by a single-season spinoff series called The Golden Palace — The Golden Girls has established a strong legacy, thanks largely to frequent re-runs. The show, which was surprisingly LGBTQ-friendly for its time, has long been very popular among gay people, and drag reenactments of episodes were performed for a time in New York City, among other places.

Betty White,  who at 98 is the only of the cast members who is still alive, emerged as an unlikely icon a few years ago, even becoming the oldest Saturday Night Live host in history in 2010.

Even though it’s been off the air for over 25 years, The Golden Girls has been in the news quite a bit this year. Back in June, it was one of the shows that had episodes removed from streaming services for racial insensitivity reasons, over an episode in which the characters appeared to be in blackface.

This led to a July piece by Steven Thrasher in Vulture, “The Real Mud on Golden Girls,” which pointed out some “problematic” things about the show, from other moments of bad race stuff to canonical fact that Dorothy was likely raped as a teenager by her husband, for which she was slut-shamed by her mother for the ensuing half-century. It was one of those pieces where I started it skeptical and was nodding by the end- and although even the author, while acknowledging all of this, admitted that he’s not going to stop watching the show.

Meanwhile, earlier this week, a one-night reboot was announced for the show, with an all-Black cast that includes Regina King, Tracee Ellis-Ross, and Alfre Woodard.

However much the world has changed since the late ’80s and early ’90s, and however much it was ahead of the times in some ways and behind them in others, the legacy of The Golden Girls is secure.