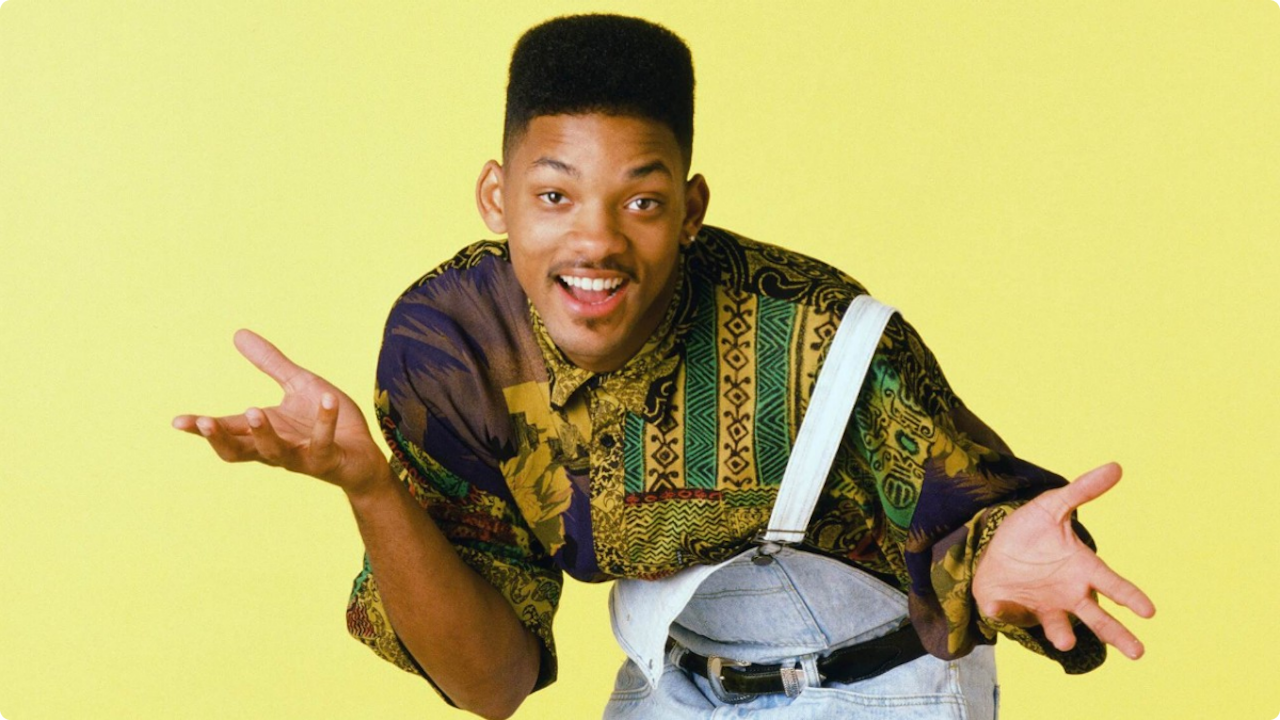 The Will Smith of Fresh Prince is young and has just arrived from Philadelphia, who has been sent to live with his rich relatives – the Banks Family – in Bel-Air, as his mother hopes that sending him away will provide him with a far better start in life.  His background is tragically the same as that of many African-Americans; a single-parent family from a deprived area. The Banks family, on the other hand, comes from the other end of the spectrum: affluent and successful. Fresh Prince is the well-known “fish out of water” story where the hip, fashionable Will is placed in the middle of people utterly unlike him. Over the following six years, he will struggle to survive yet grow and mature at the same time.

Fresh Prince was a Defining Sitcom

Will quickly asserts himself when he arrives in Bel-Air as a self-confident character, under the illusion that his relocation is an extended vacation.  His boundaries on authority are quickly established from growing up without a father and a lack of a role model as he initially clashes with Uncle Phil, but the importance of first impressions between the two pave the way to what becomes a key relationship in Will’s life.

The way Will’s uninhibited personality immediately disagrees with the high standards of Uncle Phil and his Aunt Vivian provides most of the comedic fodder, which is not only amusing but also relatable.  In terms of his cousins, young Ashley makes more of an impression than the vain Hilary and the cultured Carlton.  Quickly taken with his charm and the idea of a new face in the household, Ashley immediately takes to him – paralleling the brother and sister relationship that Will was missing from his life.

The core aspects that made Fresh Prince so special are obvious, even in the first few episodes. While the characters will all develop as the show progresses, the characterizations remain broadly constant. While Will and Carlton will go on to grudgingly admit their respect for one another, they remain polar opposites. Even though Philip and Will will share moments of genuine love and tenderness as the surrogate-father/son dynamic grows between them, Will still retains the ability to infuriate.

As funny as the show could be, Fresh Prince tackled some very difficult and serious issues in its own way, from racism to abandonment, drug use, and crime. Three decades on, it is impossible to watch particular episodes (such as the brief return of Will’s father or Carlton’s accidental overdose) and not be taken aback by the sincerity of Will Smith’s performances and the brutal, thought-provoking honesty of the writing. True, Fresh Prince of Bel-Air is dated in many ways; a glimpse of a long-forgotten, awkward era. But in many other ways, its message and themes are just as relevant to today’s audiences. It is a wonderful example of how sitcoms can be amusing but serious, with characters that are both whimsical and have the ability to stay with us throughout the years – so much so that we mourn the inevitable passing of cast members.

And it had one hell of a catchy theme tune.

Editor’s Note: This article was originally published under our previous brand Sound On Sight.