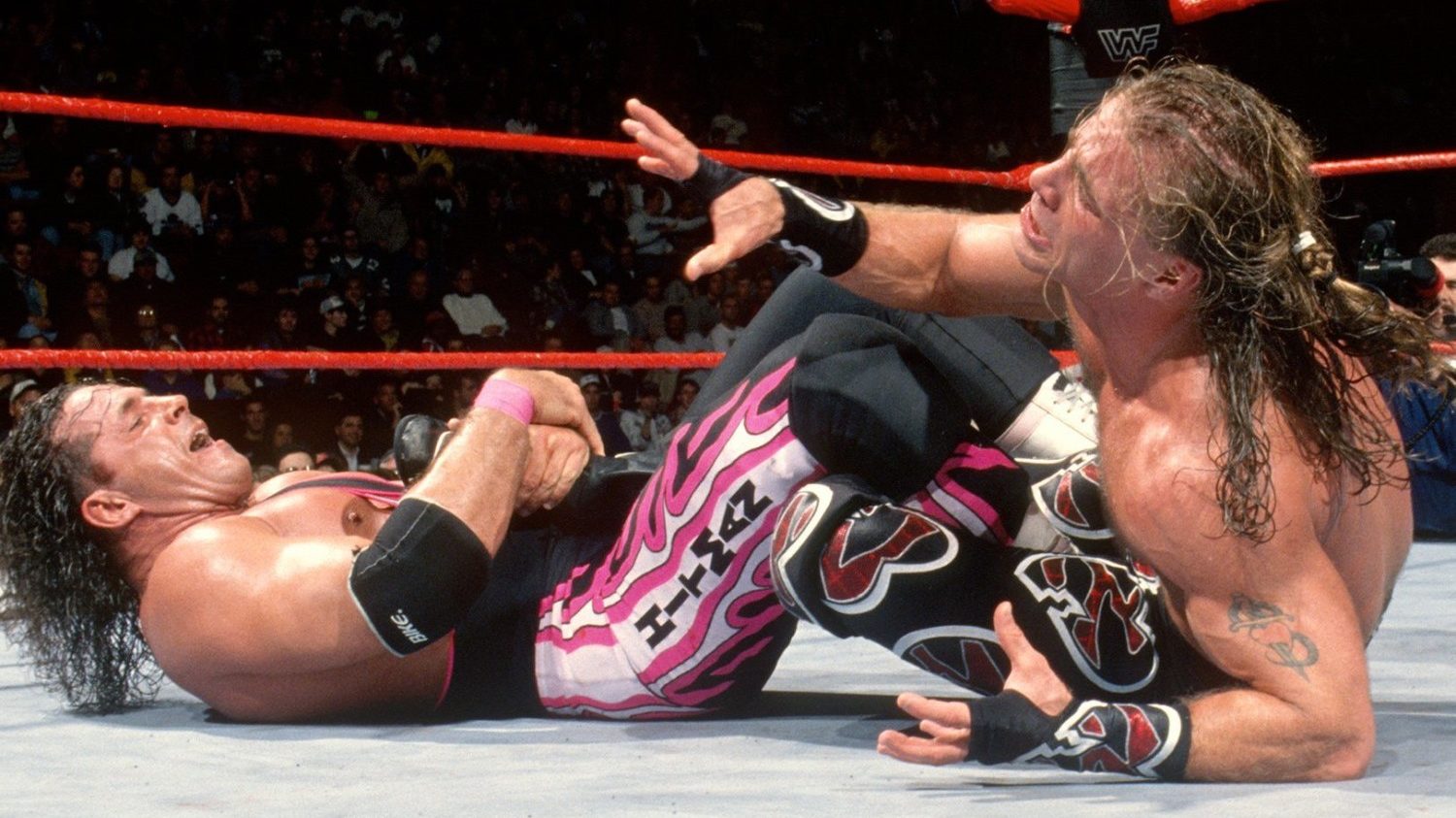 The 1997 Survivor Series and the Montreal Screwjob

Was the Montreal Screwjob the most important moment in the history of professional wrestling?

One could make the case for, say, Hulk Hogan’s first world title victory, or the first or third Wrestlemania, or maybe even some seminal Attitude Era moments like the first Mick Foley world title win in 1999. But in terms of both shock and historical significance, the night Vince McMahon “screwed” Bret Hart out of the WWE championship beats everything.

The event known as the Montreal Screwjob took place on November 9, 1997, 25 years ago today. Bret Hart, then the WWF world champion, defended the belt against his longtime rival Shawn Michaels, in what was known heading in as Hart’s final WWF match, prior to his departure to WCW.

WWE was facing the dilemma of how to get the title off of Hart before his departure, while Hart was refusing to lose the title in his home nation of Canada. The solution? While Hart was in the sharpshooter hold, WWF head Vince McMahon called to “ring the fucking bell,” proclaiming Michaels the winner and new champion. Hart responded by throwing TV monitors, spelling “WCW” with his fingers, and spitting on McMahon; he would later, famously, punch McMahon backstage.

This was hugely significant for several reasons. One, it was the end of Hart’s long run in the WWF. Two, this sort of double-crossing, while something that used to happen in indie promotions and overseas, was not something that typically happened in the WWF, much less in a world title match in the main event of a pay-per-view.

And perhaps most importantly, the Screwjob began a new era of unpredictability and edginess for the soon-to-be-WWE, in what came to be known as the Attitude Era. And a major part of that was the introduction of Vince McMahon as an on-screen villain. Up until that point, WWE had barely acknowledged on the air that McMahon was anything besides an announcer and interviewer; soon after the Screwjob, he was “Mr. McMahon,” the all-powerful villain whose battles with “Stone Cold” Steve Austin became the stuff of wrestling legend. Less than four years after the Screwjob, WCW was out of business and McMahon had a wrestling monopoly.

The story of the Screwjob has been told many times, starting with Dave Meltzer’s deeply recorded contemporary account, which may be the best-known piece of journalism in wrestling history. The events were also covered first-hand by Paul Jay’s 1998 documentary Hitman Hart: Wrestling With Shadows, and later by the autobiographies of both Hart and Michaels. An episode in the first season of Dark Side of the Ring revisited the events and had Jim Cornette admitting that he himself had first suggested the double cross. Hart would again address it in his WWE-associated A&E Biography last year.

A quarter-century on, Hart is long-retired, although he did make an unlikely return to the company, wrestling McMahon in a Wrestlemania match, accepting Hall of Fame induction, and otherwise operating in the company’s good graces. Less in its good graces is McMahon, finally pushed out of the company following a myriad of sexual misconduct allegations.

It’s hard to imagine what direction wrestling would have taken, though, if McMahon hadn’t rang that bell.