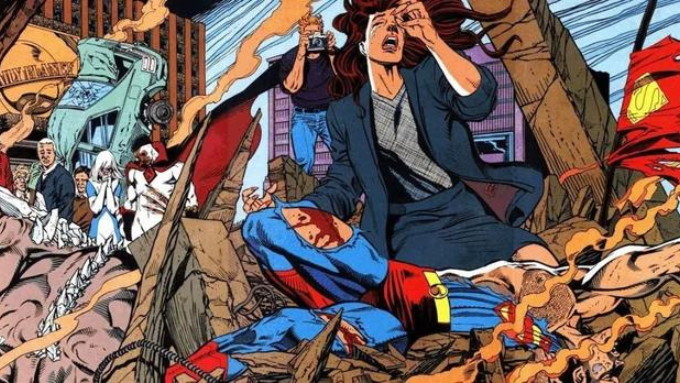 30 Years Ago, The Death of Superman

On November 17, 1992, the unthinkable happened: Superman, the standard bearer for the comic book superhero, died in Superman #75. This being the world of comic books, he of course got better. But the “Death of Superman” brought him the most media attention he had received in years. Saturday Night Live lampooned the funeral in a sketch that saw Sinbad’s Black Lightning crashing the proceedings and Chris Farley portraying an unusually verbose Incredible Hulk. “Death of Superman” presented elements of his mythos still being used in DC/Warner Bros. efforts. Zack Snyder’s Batman vs. Superman: Dawn of Justice and Justice League essentially retells the tale of his death and return. Characters and elements introduced in the storyline, such as Steel and the Cyborg Superman, still appear in modern comics.

Deaths aren’t rare in superhero yarns, the ones that stick are. An old running gag was that only Spider-Man’s Uncle Ben Parker and Captain America’s sidekick Bucky Barnes were the only characters likely to remain deceased. Then Ed Brubaker resurrected Bucky as brainwashed assassin The Winter Soldier. Comic readers are reasonably confident about Uncle Ben but never say never. Almost every major superhero has been presumed dead at least once, many multiple times. The mystery isn’t whether the hero will return, it’s how. These tales are about the changes that occur in the world while they’re gone, the sacrifices they must make to get back and the scars they receive along that journey. For example, some of the fallout from Superman’s death led to the death of Green Lantern Hal Jordan, after a villain’s turn as Parallax. He also eventually got better and his Green Lantern status quo is now largely restored. So how did the Man of Steel end up temporarily dead? 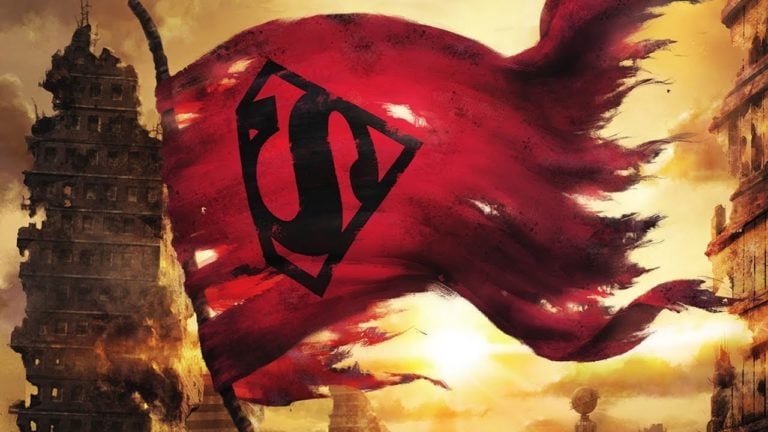 Superman was going through some hard times in the early 90s. His issue sales were down, as the “Big Blue Boy Scout” was the complete antithesis of the grim and gritty heroes that were dominating sales charts. The debacle of 1987’s Superman IV: The Quest for Peace ended the successful Christopher Reeve era with a whimper. Comic book writers decided to focus on the more romantic aspects of the character, with Clark Kent finally revealing his secret identity and proposing to Lois Lane. After all, the chemistry between Reeve and Margot Kidder was a large part of those movies’ success.

While comic scribes were preparing to wed the industry’s most famous couple, Warner Bros. was planning the TV show Lois and Clark: The New Adventures of Superman. Similar to what the books were doing, the focus of the drama was as much on the will they or won’t they between the main characters as it was on whether Superman could save Metropolis for the 500th time. Warner execs wanted any wedding in the books to coincide with the TV marriage. With Lois and Clark not even airing yet, that was the end of any holy matrimony in comics for the foreseeable future.

So what to do? At a writer’s summit, Jerry Ordway joked that they should just kill him. Rather than laughter, he got thought wheels turning. Killing the character that the whole business had been built on would solve a number of problems. Public perception was that Superman was invulnerable, both as a comic book character and as a cash cow. A common complaint was that Supes stories had no stakes since he couldn’t die. Showing that the Man of Steel could not only be beaten but killed (kinda sorta) would answer those critiques.

Also, Kal-El’s biggest weakness in the early 90s wasn’t Kryptonite or red solar radiation, but the runaway popularity of characters from publishers such as Marvel and Image. They pushed the limits with blood, violence, and anti-heroes such as Wolverine. Spawn, Image’s most popular superhero at the time, is a literal minion of Hell.

As a brand new creation, the villain was another risky decision. Many longtime readers, the ones who never wavered, were understandably upset that the killing blow wouldn’t come from a longtime nemesis such as Lex Luthor or Brainiac. But since the mission was to remind readers that Superman is not immortal, writers didn’t want him outwitted by a techno trap or cheap-shotted with a Kryptonite knife. From the first to the last panel, Doomsday vs. Superman is one big heavyweight fight to the eventual death. The hero falls to the monster but succumbs to his wounds.

Superman’s death is very much a story of the 90s, featuring levels of blood and brutality typically not seen in his adventures. The creature that kills him, Doomsday, is a hulking beast covered in spikes. In name and design, he is 90s comics personified.

While critical reaction was mixed, the mainstream media attention ensured Superman #75 became the best-selling book of the year, moving more than six million copies. Special collector’s editions came in a black polybag bearing a bloody Superman logo. Among that spike in sales were many lapsed readers and quite a few speculators, who were a little angry when Superman inevitably returned to life. One of the reasons the comics from 70-80 years are worth so much is that one knew they would be, and almost no one took care of them. These days people buy comics and collectibles with no intention of ever opening them.

But for about a year, DC showed what a world without Superman would look like. Readers, comic shop owners, and even casual observers of pop culture didn’t enjoy living in it too much. Without the creation of Superman, the world wouldn’t have all the comic book goodness that fills cineplexes today.