Black Panther: Wakanda Forever releases Nov. 11, pitting the forces of the fictional African nation against forces led by Prince Namor the Sub-Mariner. So who is this superpowered denizen of the deep that’s taking center stage in the Marvel Cinematic Universe?

Namor McKenzie is the son of an Atlantean princess and a human explorer, his unique heritage giving him the ability to breathe underwater and communicate telepathically with aquatic life. He is also a mutant that possesses superhuman strength, durability, and the power of flight. Namor ages at an extremely slow rate as well. Though he fought alongside the likes of Captain America and the first Human Torch in World War II, he has the physical appearance of a man in his 30s. His hybrid blood offers many benefits, but some downsides too. Though he can breathe air and survive indefinitely on land, Namor’s behavior can become increasingly erratic if he is away from water for long periods of time.

Time to address the elephant seal in the room. All of this sounds suspiciously similar to DC Comics’ Aquaman, who has already appeared in his own successful blockbuster. Namor actually made his debut first in 1939’s Marvel Comics #1, a full two years before Aquaman’s introduction. He is so old he appeared under the banner of Timely Comics, which eventually became Marvel. But as is often the case with movie adaptations, the character that releases first gets a lot of attention. Aquaman hit the big screen in 2018, muddying the waters for any future kings of Atlantis. Jason Momoa portrayed the character with his typical brand of charisma and sex appeal and will be one tough act for anyone to follow. This is not unlike the tale of Thanos. He’s actually a homage to DC’s Darkseid, but Thanos appeared in movies first. Josh Brolin’s villain made an indelible impact, leaving Warner Bros. unsure of what to do with Darkseid. Oh, and for the more “Death Battle” inclined readers, Namor and Aquaman did fight in a crossover between the two publishers. Aquaman won by dropping a whale on the Sub-Mariner.

The MCU has reimagined the Atlantis of its print works as Talokan, a land heavily inspired by Mesoamerican myths. One Wakanda Forever trailer shows Winston Duke’s M’ Baku explaining the legend of Kulkulkan, a winged serpent deity worshiped by the Mayans. Namor has winged feet and would seem immortal to anyone with a normal lifespan, so it’s easy to see a connection. Black Panther leaned into the more supernatural aspects of Marvel, showing both T’Challa and Killmonger speaking to their ancestors in the afterlife, and early indications are the sequel will continue to lean into the more supernatural aspects of the books.

A superpowered king with occasional bouts of instability is a character tailor-made to create comic book conflict, and Namor has delivered over his lengthy career. He’s fought with and against almost every major Marvel superteam including the Avengers, X-Men, and the Fantastic Four. Black Panther: Wakanda Forever focuses on the war between Wakanda and Atlantis, rechristened Talokan in the MCU mythos. Both nations possess incredible resources and hidden military might. Both have kings that are proud, powerful superheroes and sometimes operate on or beyond the fringes of law. It was only a matter of time before they came to blows since that’s how comics do things.

In the pages of Marvel, the rift between the two nations grew so bad Queen Shuri attacked and destroyed Atlantis. Namor, eager for revenge, agreed to work with the diabolical Thanos, tricking the villain into believing Wakanda had an Infinity Gem. The resulting attack decimated Wakanda and tensions between the two countries have been tense since then. The latest MCU offering teases a conflict based on vibranium. The United Nations is ready to seize the powerful metal anywhere it can be found, possibly including Talokan.

Tenoch Huerta, known for performances in Narcos: Mexico and The Forever Purge, will bring the prince to life. He told the Los Angeles Times he is fully aware of his responsibilities as the first indigenous, Latin American hero in the MCU. On his first day on set, he delivered an impromptu speech about what the opportunity meant to him and so many others.

“It’s a brown-skinned guy, this ancient culture is in his roots,” he told the Times. “And he speaks like me. We are making history. I told them, ‘Let’s do something to be proud of.’”

If Namor resonates with audiences, it’s not too far-fetched to imagine Huerta returning to another film or TV project. The MCU is down a few Avengers these days and the Sub-Mariner has served on almost every team in the books at one point or another. Marvel is starting to talk about mutants, and Namor is often referred to as “The First Mutant.” He features prominently in the 2012 Avengers vs. X-Men storyline, which is the kind of superhero-filled slugfest that would make a perfect popcorn movie. Namor presents so many great story opportunities, which is why he is still at the center of Marvel projects after more than 80 years. 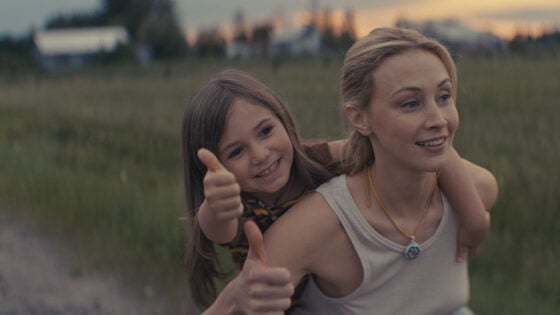