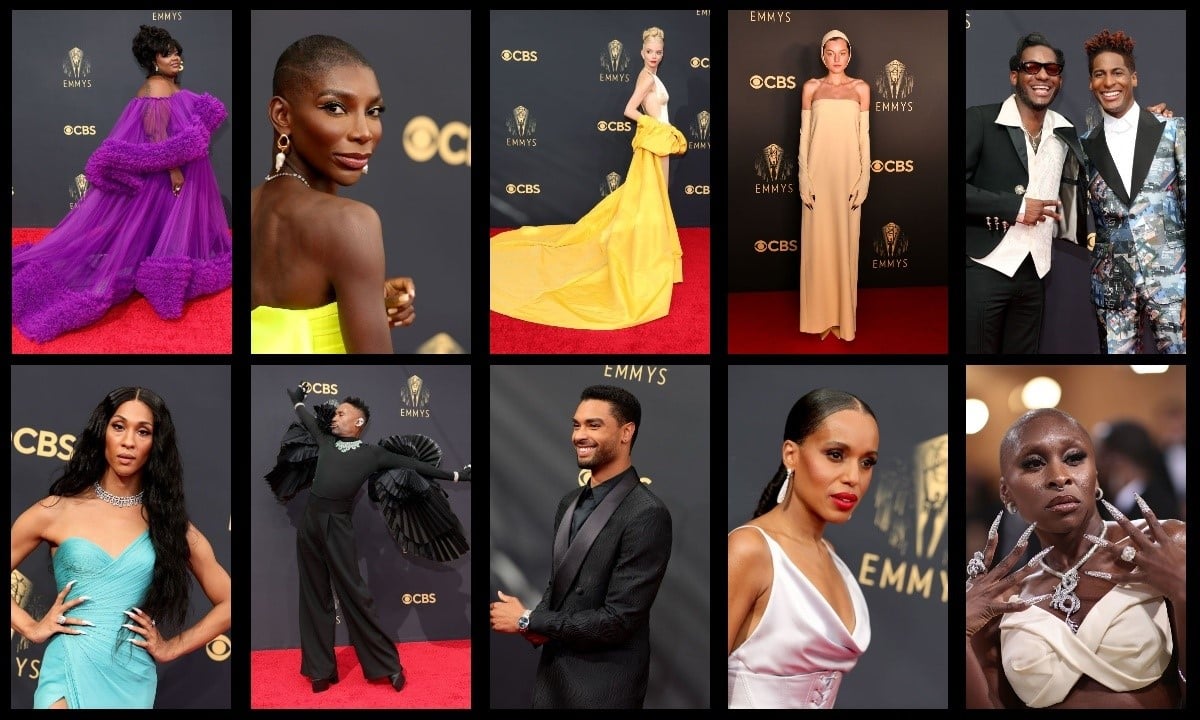 This year’s Emmy ceremony made something of a return to the normal show, at least a little bit at least. The event certainly had its good parts but there were definitely a fair amount of not-so-good and downright bad moments that made for super uncomfortable television. Let’s take a look at some highlights- as well as some lowlights- from the show.

The British absolutely dominated at this year’s ceremony (go us)- with The Crown sweeping the board and picking up 11 Emmy’s including Outstanding Drama Series, Outstanding Writing, Best Actress (Olivia Colman), Best Actor (Josh O’Connor), Best Supporting Actor (Tobias Menzies) and Best Supporting Actress (Gillian Anderson) to name a few. However, the highlight for us Brits comes from actress, writer and director Michaela Coel. Coel made history at the ceremony by becoming the first Black woman to win an Emmy for writing a limited series. She won for the show I May Destroy You, which was directly inspired by her experience with sexual assault. Following its release on BBC One and HBO Max, the show was highly praised for its dark yet brave take on the sensitive subject matter. Cole stars in the show but she also wrote it, produced it, co-directed and created it, so it’s safe to say it was something of a personal project that she held dear. This becomes even more apparent following news that Coel was offered a million-dollar Netflix deal which she refused as the streaming giant did not offer her intellectual property ownership of I Will Destroy You. Coel is clearly in this business to do what she loves- to write and to create- and it is so refreshing to see someone whose work is clearly more important to them than money. Coel’s speech was particularly potent, as she calls out to all writers to “write the story that scares you” whilst also taking aim at the social media generation and our habit of comparing ourselves to others. One of her quotes during the speech particularly stood out, “visibility these days seems to equate to success. Do not be afraid to disappear”. Actress Viola Davis was one of many to praise Coel and post her speech and it’s safe to say that whilst it was brief, it was more than a little empowering.

Despite this monumental achievement for Michaela Coel as both an artist and a black woman, the rest of the diversity in terms of wins left a lot to be desired. When I say it left a lot, I mean it left everything as the hashtag “EmmysSoWhite” quickly garnered speed when viewers realized that no actors of colour were awarded even though it was a record-breaking year for nominees of colour. There were so many amazing performances from actors and actresses of colour but the most noteworthy loss here was Michael K Williams, who was nominated for Supporting Actor in a Drama Series for his roles as Montrose Freeman in Lovecraft Country but lost to Tobias Menzies for The Crown. This would have been a blow regardless of the circumstance as Williams’s performance was phenomenal. However, what makes this all the more painful is that Williams passed away just a few weeks ago at age 54. He was a five-time Emmy nominee and with his untimely death, this loss means that he was never given the award that he truly deserved for his stellar acting. Not that he needed an award to prove his skill, but it would have been a wonderful send-off for his talents to have been awarded following his tragic passing. “#EmmysSoWhite” is still trending on Twitter as we speak and when you look at how many performers of colour were looked over for the traditional Emmy winning fare, it is easy to see why this was one of the worst elements of the show.

The Success of Ted Lasso and The Queen’s Gambit

It made me so happy that one series about English football and another about chess were two of the big winners alongside the Royal behemoth that is The Crown. Ted Lasso– about an American college football coach sent across the pond to coach an English soccer ball team- and The Queen’s Gambit– about a young chess prodigy- were two of the biggest successes and it is no surprise considering their critical acclaim on their separate streaming services (Ted Lasso on Apple TV and The Queen’s Gambit on Netflix). There was some outcry as although Jason Sudeikis took home Outstanding Lead Actor in a Comedy Series, Anya Taylor- Joy didn’t win for her role as Beth Harmon despite her fantastic performance.

The Snubbing of WandaVision and Bo Burnham’s Inside

Okay, I may be a little biased about this one as I absolutely loved WandaVision but it still baffles me that the Marvel Disney Plus show won absolutely only three of the twenty-three awards that it was up for. I think the Tweet below sums it up perfectly.

Bo Burnham- on the other hand- was not snubbed quite as ferociously as he won three of the six Emmys that he was nominated in for his Netflix special Inside. I know I’m probably being greedy- like I said, he won half of the trophies he was nominated for- but I really think he should have won the Outstanding Variety Special (Pre-Recorded) 2021 instead of Hamilton. I love Hamilton as much as the next person. I watched it as soon as it went to Disney Plus last year but Inside was such an incredible look at the impact of the pandemic isolation whilst also being a classic Bo Burnham musical extravaganza. It may not have been quite as comical as his other material (not to say that it isn’t hilarious at times) but it doesn’t need to be. The whole point of Inside seems to be to capture Burnham’s creative process and the outcomes of said process whilst struggling to keep his sanity in the midst of the pandemic and it makes for an entertaining- yet sometimes harrowing- watch. Hamilton is brilliant- no one can deny that- but hasn’t it had its time in the sun? I just think that Burnham really deserved this award. Thank you for coming to my TED talk.

Infamous Fame actress Debbie Allen gave an impassioned speech after she was given the 2021 Governor’s Award, encouraging people around the world to “claim your power” and “tell your stories”. Allen has always been a strong voice for women and women of colour and she made history by becoming the first Black woman to achieve the Governor’s Award due to her “unprecedented achievements in television and her commitment to inspire and engage marginalized youth through dance, theater arts and mentorship.” Allen is an inspiration to women of colour around the world-using her fame to enrich the lives of those with limited opportunities- but she is also just an inspiration in general with her philanthropy. She also had a great retort when she noticed that the timer was counting her down during her speech.

Whatever The Heck Emma Corrin Was Thinking With This Outfit

I mean, seriously? I feel like I should be a strong supporter of Emma Corrin- who played Princess Diana in The Crown– as she is from my neck of the woods, growing up in Kent in an area around an hour from where I live. I promise we do not all dress like this.  She looks like a Resident Evil villainess crossed with a The Handmaid’s Tale reject. Sorry, Emma. This ain’t it.

Check out all of the nominees and winners of the show at the official Emmy’s website here.

30 Years Ago: Terry Gilliam’s The Fisher King Changed the Movie Definition of “Crazy”