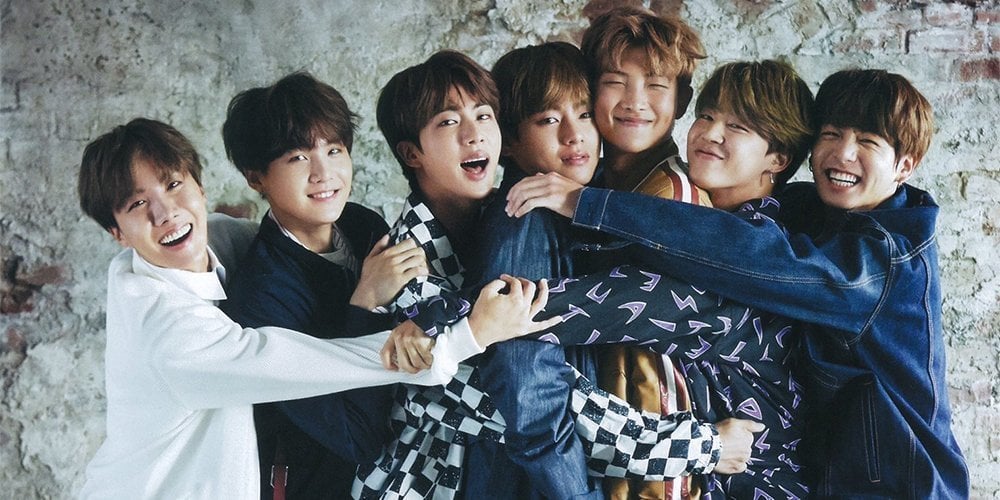 I will often try to space out my BTS articles so as not to come across as a writer who is only interested in writing about one topic. However, I feel that this is a huge achievement from the band and so I have bent my own rules a little bit, as I wrote about BTS only yesterday. So, what could have prompted me to write about the band two days in a row? Well these boys have made history yet again- a habit they seem to be getting into- by becoming the first Korean music artists to be nominated for a BRIT Award.

The BRIT Awards are a celebration of British artists and music and as a Brit myself, I can confirm that they are quite a significant event when it comes to the British music industry. They are the biggest and most high profile awards that we have in the UK, so a BRIT nomination is akin to the Grammys or the Billboard Music Awards in the US. BTS have once again shattered the glass ceiling of the music industry by becoming the very first Korean artists to be nominated for a BRIT award in the “International Group” category for 2021. As a British fan, I think I speak for all of the ARMY when I say how proud I am of the group to have achieved yet another historic milestone in the music industry, this one over here in the UK this time. They are paving the way for other amazing international acts, aiding in carving a path to a more diverse and inclusive global music industry.  I also feel a great sense of pride in the BRITs themselves for acknowledging BTS’s contributions as international artists and giving them a chance with this nomination. The category is full of incredible musical talent from across the world with the other nominees being Fontaines D.C. – from Dublin, Ireland- and Foo Fighters, HAIM and Run the Jewels from the United States. All are fantastic musicians and BTS are surely privileged to be counted among them. It must be somewhat intimidating for them to go up against such talent. Not to mention being in the same category as a band like the Foo Fighters who have been a staple in the music industry since their inception in 1994. No pressure, lads.

Whether they win or not does not particularly matter. Their inclusion and acknowledgment is what is important here. Their Grammy nomination was a huge achievement, but it was in a rather different category. At the Grammy’s, the band were nominated for “Best Pop Duo/ Group Performance” for “Dynamite”. It was a shock when they didn’t win due to the amount of times they had performed that particular song in a variety of different ways, going above and beyond to showcase it and bring something new to each performance. However, their BRIT nomination has a much broader spectrum in terms of what it encompasses. “International Group” isn’t just limited to one song, as the Grammy nom was. This award relates to the group in more general terms, such as consistent performances, well received and well-made music and pure excellence. According to the Wikipedia page for the award, it is presented for “Achievement in Excellence for an International Group.” You see what I mean when I say about that broad spectrum? Excellence can be viewed and assessed in many different ways. This isn’t only about the performance of one song in particular. It is everything about that group as a whole and what they have contributed to the music industry. That’s why I think that- even though this nomination may seem smaller in terms of the UK being a tiny blip of a country in comparison to America- this nomination is actually far more significant than their “Pop Duo/ Group Performance” one. I don’t mean to take anything away from the group for that highly impressive Grammy nomination but the ramifications of being nominated for an “International Group” Award feels a little bit more substantial in terms of recognition of a musical groups excellence.

Over on the official BRITS website, each group is given a paragraph with some of their achievements to explain how and why they were chosen to be nominated. The section on BTS reads as follows:

BTS have taken the world by storm, bridging the gap between K-pop and Western pop music. They are the first Korean act to be nominated for a BRIT Award and their hit ‘Dynamite’ hit 7.8 million first-day streams on the global Spotify chart, ‘Dynamite’ also surpassed Taylor Swift’s ‘Cardigan’ as the biggest global song debut of 2020.

I think this displays a sense of understanding as to how important BTS have been in terms of diversity in the music industry and their contributions to both music in their home country of South Korea as well as in the east and in the west. Their nomination has also come around at a time when abhorrent violence against the Asian community has risen substantially, so this is a great way to showcase Asian talent at a time when it is needed most. Of course, this will be a tough competition as all of the acts are highly talented groups but if BTS can snag a win, it could be a huge step not just for the Korean group but for international artists around the world.