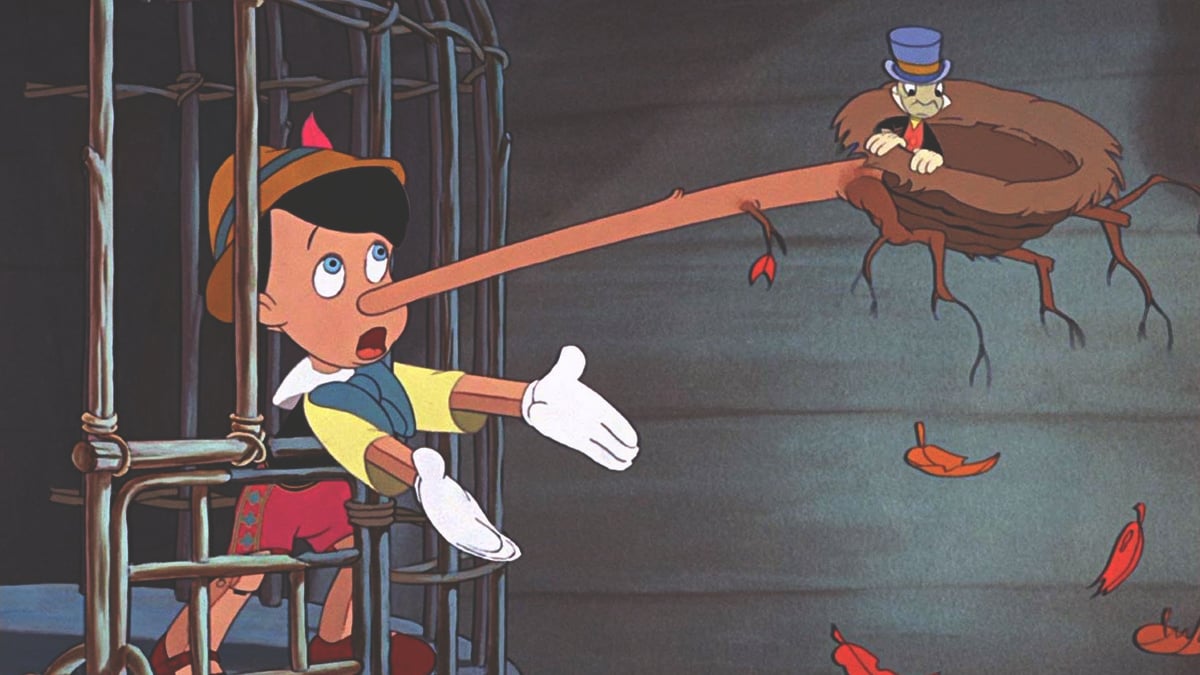 Pure enjoyment… with no strings attached.

However incredible it sounds, there are two new adaptations of Pinocchio planned for release later this year. Benefits of a story being in the public domain, one reckons. On September 8th, Disney releases a Robert Zemeckis-directed live-action adaptation of its own 1940 classic. Then, in December, streaming heavyweight Netflix launches Guillermo’s Del Toro stop-motion interpretation. The latter promises to be a darker version of the familiar tale, adhering closer to the original text, The Adventures of Pinocchio, written by Carlo Collodi in 1881 and 1882. Pinocchio fans will certainly have plenty to watch and either rejoice in or cry foul about later this year.

Which brings us to look back at the version most people have been familiar with for decades. The aforementioned 1940 animated motion picture from Disney is considered an untouchable classic. The argument is understandable. Overseen by directors Ben Sharpsteen and Hamilton Luske (with an entire team of people handling individual sequences), it was only the now famous studio’s second feature-length animated movie. To some extent, the brand was still searching for its voice. One of the fascinating elements of these early Disney movies, Pinocchio among them, is how they balance the family-friendly tone with gonzo ingredients from the source material. They don’t make them like they used to, that’s for sure.

Most early Disney animated projects consist of adaptations of children’s tales, including Pinocchio’s predecessor, Snow White and the Seven Dwarfs. In both cases, the original material’s harsher edges were candy-coated for family audiences. That isn’t a major issue per se. Disney had a specific game plan in mind and went about executing it. If one doesn’t care for it, fair enough. It isn’t as though these stories haven’t been the subject of multiple adaptations with contrasting tones since.

Nevertheless, there are only so many aspects to a novel or short story one can alter before the film is unrecognizable from its original version. Florentine author Carlo Collodi wrote children’s stories in a different time and in a different country. It would be intellectually dishonest to assume that adventures for kids, or most books for that matter, were scribed exactly how they are in the 21st century. Italy itself was different, the chief reason being that it was a recently unified country following centuries as a collection of ruling kingdoms and city states. People were poor, the country was learning to become one, and the challenges laying ahead were tall.

One such challenge was educating children to not “be donkeys,” in other words live tireless lives of labour, akin to farm animals. La storia di un burattino is, among many other things, about the trials and tribulations of youth. How does a child gain maturity, life experience, and an education? Through that prism, the adventures of the eponymous puppet (Dick Jones) in the animated classic do adhere somewhat closely to Collodi’s imagination. After toy maker Gepetto’s (Christian Rub) wish upon a star for the toy to come to life is granted (sort of), Pinocchio goes on a series of adventures with his conscience sidekick, Jiminy Cricket (Cliff Edwards). There is an important criterion, however. Seeing as the child is still made of wood, he must prove to be kind, truthful and brave before magic can make him flesh and blood. It’s not a bad set-up, if one can swallow the premise’s inherent insanity. Much hilarity ensures, plenty of it courtesy of Jiminy’s on the fly commentary of the action, as well as a plethora of clever visual gags. The Disney animators were, from the studio’s very beginnings, excellent at building character and delivering humour through images.

Pinocchio is thus an entertaining film, brilliantly animated, supported by some important life lessons that any child would do well to heed. Where the endeavour gets particularly interesting to analyze is how it melds family entertainment with the lunacy of Collodi’s work. That isn’t meant to besmirch the Italian’s efforts. After all, his stories are still read around the world to this day. However, if one has not had the pleasure of indulging in the source material, the Disney animated film surely serves as one heck of a primer for its wackiness.

This goes back to our earlier point about the studio’s young projects feeling different from what they have made in recent decades. Not only were their storytellers still finding their groove, but the material they used as inspiration was often not what many parents would read to their children at night these days. Do that many mothers and fathers crack open Brothers Grimm to put the younglings asleep in 2022?

For all the good-natured humour peppered throughout Pinocchio, closer inspection shows there is less wholesomeness than one might assume. To be perfectly clear, this is one of the film’s strengths, not a weakness. It makes the 1940 beloved adventure an alluring time capsule, one that opens newcomers to how Disney operated back in the early days. In a nutshell, the rules were fast and loose.

Put That in Your Pipe and Smoke It

Where to begin? For one, the innumerable quantity of clocks adorning Geppetto’s workshop have…less than kosher characteristics. When they strike 9 pm early in the film (which is very clear in several shots, yet Geppetto needs to glance at his pocket watch to know what time it is. Huh?), they all sport intricately designed chimes. The cute animals are fun, but then there is the game hunter shooting a bird! Others feature a farmer’s attempt at decapitating a turkey, a drunkard sloshed out of his mind, and a mother spanking her child repeatedly. Okay.

That is but the tip of the proverbial iceberg. On the morning after life is breathed into Pinocchio’s pinewood body, his father sends him off to school. Is he enrolled? God knows. Anyways, whilst hopping to class with Jiminy, excuse us, Sir Jiminy as per the fairy who visited from outer space the previous night, an anthropomorphic fox and cat cross their path. They are a devious pair and ambition to sell Pinocchio to a local circus manager, Stromboli.

Hold on a minute. Geppetto owns a cat, Figaro. Notwithstanding some Disney flourishes, it’s a non-descript feline. Where in carnations did the anthropomorphic, talking fox come from? Furthermore, his partner in crime is a humanoid cat, Gideon. The latter doesn’t talk, however. Why not? Why isn’t Figaro anthropomorphized? The fox, named Honest John, is dumbfounded by Pinocchio’s appearance. The talking fox doesn’t understand how a wooden boy can exist.

But wait, there’s more! Later, after escaping from Stromboli’s captivity, Pinocchio and his cricket sidekick are once again thrown into danger by Honest John and Gideon. This time they are ensnared by a malevolent coachman who sends young boys to a place called Pleasure Island. Once there, the children are encouraged to run amok around an amusement park. Gigantic First Nations statues spew out cigarettes, tap beer overflows, buildings turned asunder. Unbeknownst to the boys is the coachman’s master plan: transforming the children into donkeys, then sold to various business enterprises. How are they transformed? Who knows. What happens to the ones that can still communicate like humans and therefore cannot be purchased? It’s best not to ponder the question. We probably don’t want to know.

Pinocchio is a classic. Disney movies start with the company’s animated logo of the Magic Kingdom accompanied with an instrumental version of When You Wish Upon a Star. Clearly, the people working there understand the iconicity of this 1940 feature. Jiminy Cricket himself is something of a backup brand mascot after Mickey Mouse. It is a fun movie to watch.

It’s also bonkers by today’s standards. Some of the elements the filmmakers opted to translate to film would never make it into a Disney feature in 2022. That’s one of the reasons why Pinocchio and other early animated motion pictures are so fascinating to revisit. There are qualities about the 40s and 50s movies the studio would rather the public not know about. That’s a shame. Sometimes growing up means confronting real threats and bad influences.

Maybe Collodi knew what he was writing about.

Netflix’s Persuasion is a Harrowing Attempt at Modernising Austen