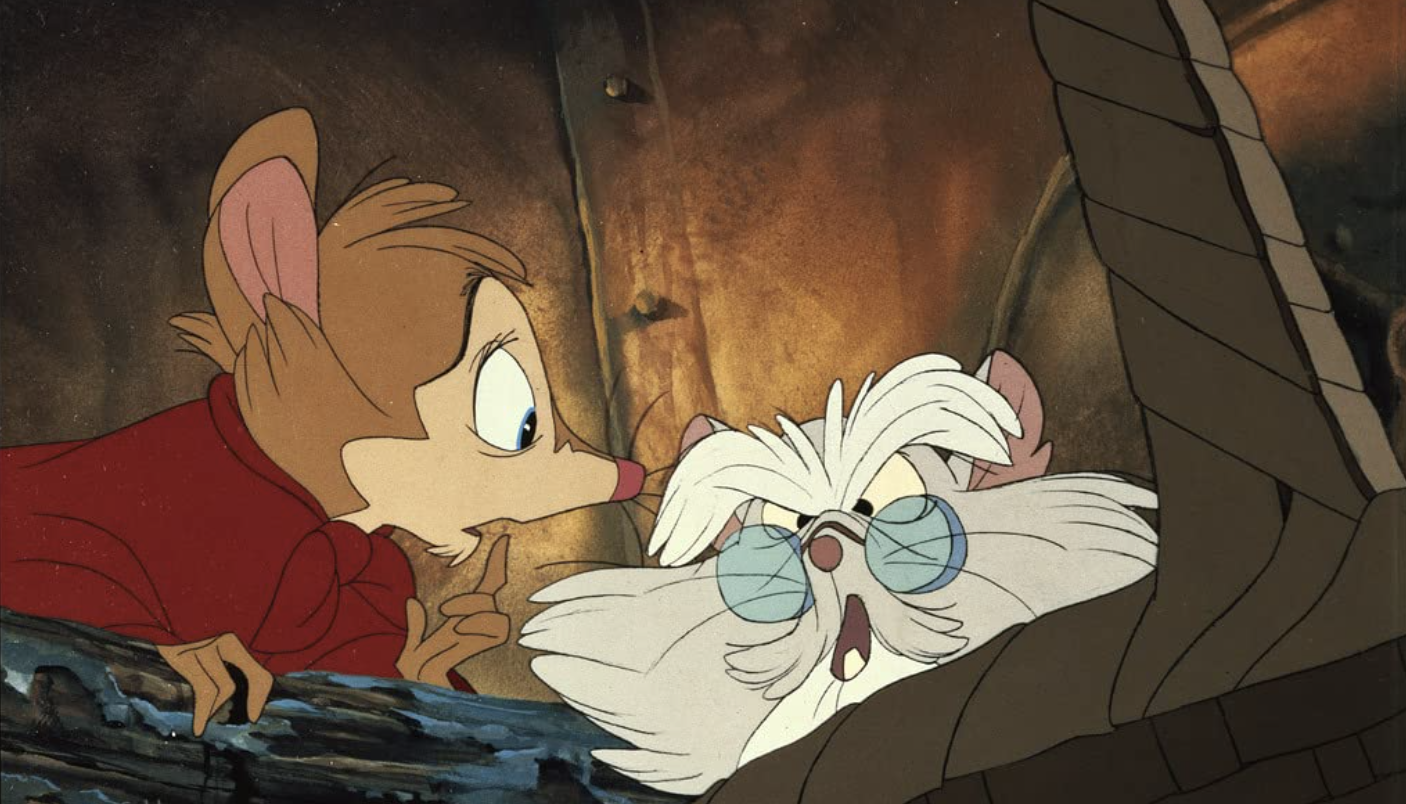 40 Years Later: The Secret of NIMH

In 1982, at a time when Disney’s vaunted animation studio was somewhat in the doldrums, MGM/UA released the fantastic The Secret of NIMH. Directed by veteran animator and former Disney employee Don Bluth, the film was adapted from the 1971 children’s novel “Mrs. Frisby and the Rats of NIMH,” famously changing the character name and title to avoid any copyright conflicts with frisbees.

The Secret of NIMH is known for its beautiful hand-drawn animation style, one very unique to that time period and a far cry from the computer-generated style that would take hold in the Pixar era. Ironically, it has a plot that could resemble that of a Pixar movie — especially with its climax, in which the different characters take turns rescuing each other — if it weren’t for Pixar’s aversion to literary adaptations.

As for the plot, Bluth’s film tells probably the most emotionally affecting story that it’s possible to tell about a group of field mice.

Mrs. Brisby (voiced by Elizabeth Hartman) is a mouse who lives with her family inside a cinder block in a field and her son, Timothy, is deathly ill. The problem is that she learns that the farmer is soon going to plow, which has a chance to cost them their home during Timothy’s continuing period of convalescence.

Looking for a solution, she’s eventually directed to a group of super-intelligent rats, who are able to use heavy machinery. They became intelligent due to experiments by the National Institute of Mental Health (the NIMH of the title.) The film also gives the rats a moral dilemma- can they justify using human technology, when doing so requires them to steal it?

In addition to stars at the time like Dom DeLuise and Derek Jacobi, the NIMH cast featured a lot of familiar-named voices, including a 10-year-old Wil Wheaton and an  11-year-old Shannen Doherty. Timothy was voiced by Ina Fried, who later became a tech journalist (and a transgender woman.)

The film wasn’t a massive box office hit, but it’s become a beloved cult phenomenon over time, and it’s generally considered one of the best-animated films of the 1980s.

There was a direct-to-video sequel in 1998, without Bluth’s involvement, called The Secret of NIMH 2: Timmy to the Rescue, while a live-action remake has been in development at various times, without coming to fruition. And that’s just as well, as The Secret of NIMH is just about perfect as is.

My Broken Mariko: From Ashes To Beauty