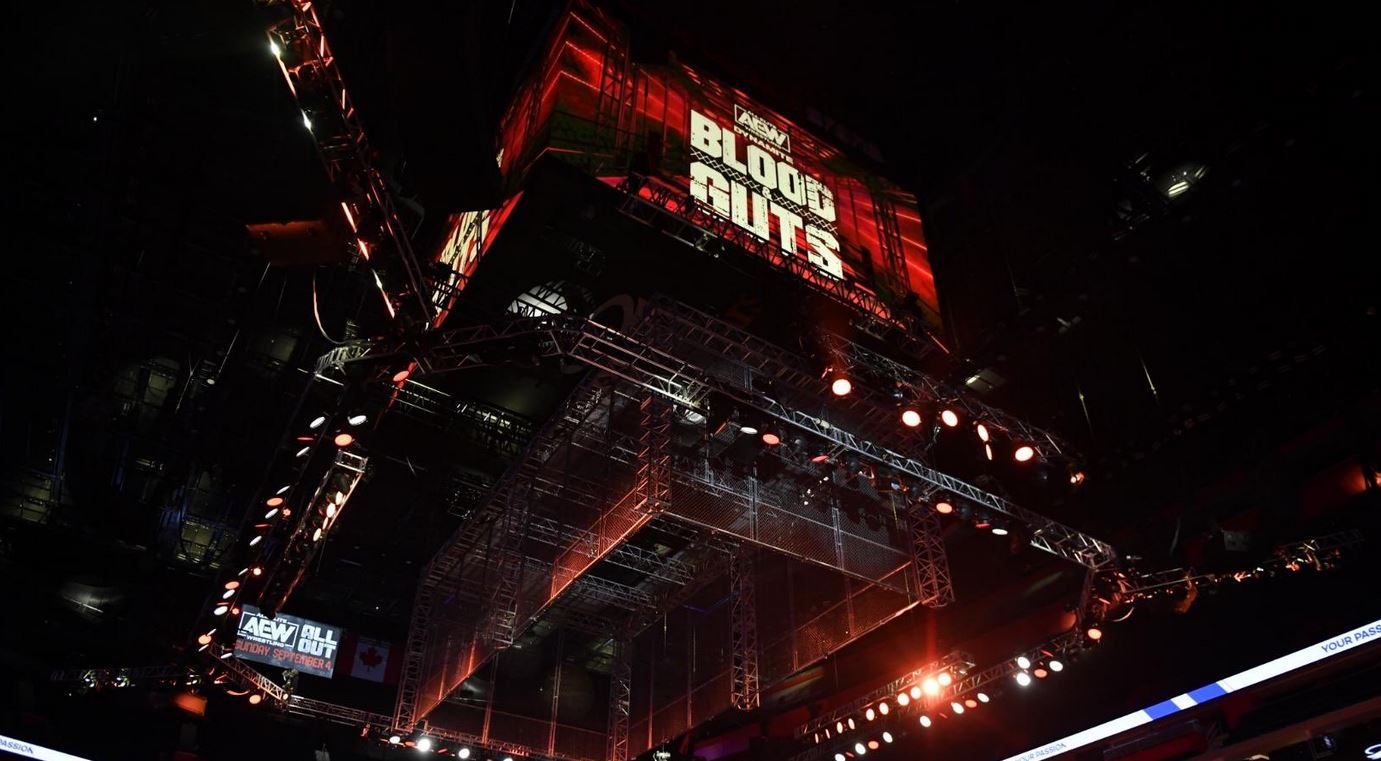 AEW never been shy to experiment, pioneer, and ramp up the glorious pro wrestling violence, be it on TV or PPV. From cluster countdown battle royals for a chance at the World Championship to star-making brawls that don’t even count, the promotion has curated a list of ever-reliable specialty matches to push rivalries and budding top stars to the next level. Which of these crazy, “gimmick” matches have been the most successful at creating instant classics and cementing careers?

This category will be filled on the back of this one match alone: the Parking Lot Fight (2020) between Best Friends and Proud-n-Powerful on Dynamite. It is that unique and that good.

We’ve yet to see another Parking Lot Fight in AEW, so it is automatically refreshing and unique seeing these two teams use dozens of parked cars as weapons. But on top of that “novelty,” the level of violence in this match was also unique, as we’d see slams that break car hoods, windshields, and guard rails. As if the resulting lacerations and bruises weren’t enough to tell you, this whole thing was sick.

This match wasn’t good because it happened in 2020, but it’s still a bit “funny” that even if live crowds were around that year, this backstage brawl would’ve still been match of the year. The Parking Lot Fight legitimized Best Friends in the eyes of many fans as a top tag team and gave longtime fans of Santana and Ortiz a classic for all time. (Also, we got to see Orange Cassidy and Trent’s mom Sue.)

“This is the most amazing street fight I can remember calling in my career.”– Jim Ross, Dynamite 9/16/20

This stipulation should be a lot closer to the Number 1 (with the amount of good that came out of it), but the obvious thing holding it back from being an AEW specialty is that it’s happened just once.

For this entry, we will be merging both the traditional Steel Cage and the Blood and Guts (double ring-double cage) matches together. Steel Cage matches have been great harbingers of classics and career-making performances in AEW.

Right off the bat, one can easily rattle off Young Bucks (c) v Lucha Brothers at All Out 2021; and Britt Baker (c) v Thunder Rosa at Dynamite: St. Patrick’s Day Massacre 2022. Both rivalries reached a natural boiling point in the form of an old-fashioned cage, a result of longstanding bloodlust and repeated, annoying outside involvement. Performances by all four parties elevated not only the winners, but their respective championships and divisions, as well (at least in the immediate aftermath).

The Blood and Guts match that never was, The Elite v The Inner Circle, may have been the biggest victim of ill timing in AEW. But what we do have is Blackpool Combat Club and friends bloodying Jericho Appreciation Society members inside and atop the double cage (2022), which is easy catharsis to latch onto.

Other cage bouts may have not been as memorable, but the overall mix of volume and quality of AEW’s cage bouts far exceeds that of other feud-enders like Ladder matches, which although gave us Cody Rhodes (c) v Sammy Guevara (Dynamite: Beach Break 2022), and Escalera de la Muerte (All Out 2019), have more often than not lead to card-fillers like the Face of the Revolution Ladder Match (2021, 2022) and the Casino Ladder Match (2021).

It’s safe to say that the Casino Battle Royale is one of AEW’s staple gimmick matches. Combining the fun, tonally flexible nature of a countdown battle royal, with the winner’s prize of a World Championship match (usually a month later) is a great way to ensure this stipulation will always be around, and a match to keep an eye out for.

It might be well-known at this point that Double or Nothing (2019) was AEW’s 1st event; but it’s just as interesting to note that the 1st match the promotion ever put out was a Casino Battle Royale (won by Adam Page). Since then, the match has mostly been kept a Double or Nothing special, with the first non DoN event being All Out 2021, featuring the Women’s Casino Battle Royale (won by a debuting Ruby Soho). The stipulation has captured the young promotion’s assortment of flavors and identities, from big “Joker” surprises, to moments of levity, to the importance placed on challenging for singles World titles.

While the Casino Battle Royale is not impervious to criticisms with regard to its clunky way of handling multiple entrances, the many layers of excitement that the match has built up over the years largely overshadows any perceptions of slow, traditional battle royals, and remains one of AEW’s better gimmick bouts.

The Lights Out match is responsible for elevating some of AEW’s main-event fixtures today. Jon Moxley and Kenny Omega—for their glorious Full Gear 2019 main event, and each of their own battles against the likes of Joey Janela and Minoru Suzuki—were in a way acknowledged as the promotion’s toughest and best wrestlers who can main event on any given night, with their set of Lights Out matches.

Britt Baker and Thunder Rosa were the first women to main event Dynamite, and did so with a star- and division-making Lights Out match that immediately built two names that will always have a spot at the top of the division.

Whereas the Casino Battle Royale and Blood and Guts matches are not meant to be “classics” from opening to closing bell, there is a sense that these unsanctioned fights (that as far as official W/L records are concerned, never even happened) have a reputation or standard to live up to, created by the aforementioned four wrestlers—which ultimately lends the mystique to this stipulation that separates it from our earlier entries.

AEW’s faction brawls (a.k.a. Alliteration Arena matches): Stadium Stampede (2020, 2021), Anarchy in the Arena (2022), and even Arcade Anarchy (2021); top this list decisively. And the thing that propels this stipulation further than the others is the sheer amount of people it elevates with one single match.

The gang-warfare nature of these matches means entire factions who have won: The Elite (+ Broken Matt Hardy), and whichever group Chris Jericho has at the moment; have come out looking stronger, more cohesive, and more credible individually as a result. Stadium Stampedes have gone over 30 minutes, and have featured some of the gnarliest crashes, and it’s hard not to take both Kenny Omega and Sammy Guevara more seriously (and I don’t mean for the next month or so; I mean permanently) when they go through what they went through.

Anarchy in the Arena had some of the best brawling you could find in AEW, and it’s performances like those that cement Eddie Kingston into top-tier status with Grade A visuals; as well as turn Matt Menard and Angelo Parker from background hype-men into one of the more credible tag teams that can take the punishment and trade with the best of them.

Arcade Anarchy covered a lot less ground than the matches above (just the ringside area at Daily’s Place, littered with arcade machines), but it was just as much a gem. It strongly displayed the entire Best Friends gang as dangerous in unique environments, and their teamwork is frankly unmatched by the shaky, unhealthy team of Miro and Kip Sabian. It also saw the huge returns of Trent Beretta and Kris Statlander (both of whom previously sidelined with injury); and, together with Trent’s mom Sue, gave us one of the most heartwarming endings in Dynamite history.

Perhaps, it should be no surprise that these faction brawls are as fun as they are, and are greatly integral to the promotion named after the faction that housed its founding members.

Fight Forever: AEW Rivalries That Can Go On Forever