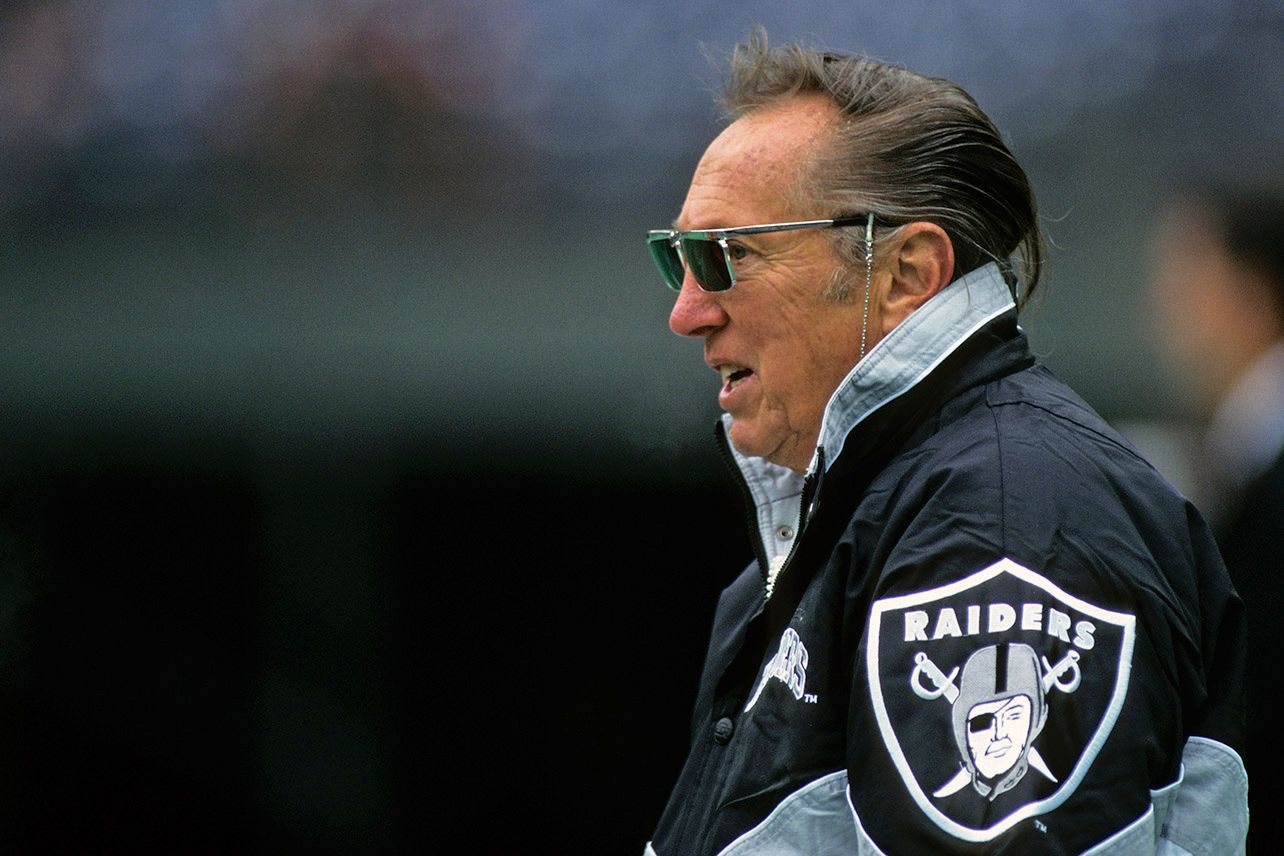 The latest ESPN 30 for 30, Al Davis vs. The NFL, is about exactly what it sounds like: The titanic feud, in the 1970s and ’80s, between Raiders owner Al Davis and the National Football League, mainly in the person of then-commissioner Pete Rozelle. The documentary debuted February 4 on ESPN, in time for the Super Bowl, and will continue to stream on ESPN+.

The Raiders, especially in the era of coach John Madden, were the NFL’s outlaw franchise in the ’70s, bucking different conventions of the league. And later Davis clashed with the NFL over whether he had the right to move the team without league approval, first from Oakland to Los Angeles in 1982, and then back to Oakland in 1995.

The film, in the typical 30 for 30 style, features tons of archival footage, of on-field action, old interviews, and numerous moments of lawyers speaking outside courtrooms. It’s mostly very enjoyable, especially since it covers one of the more intriguing eras in NFL history. And there are some true gems from the archives, including the moment when Rozelle was served with a subpoena from Davis in the middle of his press conference at the Super Bowl.

But there’s another decision the film makes that’s much less successful: It uses “deep fake” technology to create fake avatars of Davis and Rozelle — both of whom are long dead — and has them narrate some of the footage, with impersonators providing the words.

Thanks to technology developed in collaboration with NFL Films, the two men are seen inside the Raiders’ new Allegiant Stadium in Las Vegas, a building that wasn’t built until many years after both men had passed. I guess it’s supposed to recall the very good previous 30 for 30 called The Two Bills, which had Bill Parcells and Bill Belichick interviewed side by side in the Giants’ locker room at MetLife Stadium. That installment was from Ken Rodgers, who also directed the new film.

But the deep fake gimmick is a huge failure, for several reasons, even beyond the dicey morality of putting words in the mouths of people who aren’t still alive. The technology is imperfect, providing something of an uncanny valley effect, and “Rozelle” in particular is often filmed at a distance. I really, really hope this doesn’t become a staple of documentary filmmaking in the coming years, because there’s a lot that’s just not right about it.

The other issue is that the deep fakes aren’t necessary. It’s not like the production didn’t have enough footage to work with, or that we don’t hear enough great sound bites from the two men that were recorded when they were still alive. The famous announcer Brent Musburger is seen at the microphone; had he just narrated, and most of the what the deep fakes said had been put in his mouth, the film would have been better for it.

The film does accurately convey what a fascinating and important owner Davis was. Most people who become NFL owners these days are either billionaires or people who inherit franchises from their fathers. But Davis got his start as a coach and team executive, later becoming commissioner of the AFL, before buying a small stake in the Raiders and later maneuvering his way into becoming the primary owner. He was also the general manager while owning the team, the way Jerry Jones long was for the Cowboys, and his moves to different cities would inspire other owners to do the same, which is how we got the Indianapolis Colts, the Arizona Cardinals, and the Baltimore Ravens.

On the other hand, Al Davis vs. The NFL glosses quite a bit over Davis’ later years. Davis was like Michael Jackson in that way: He was a figure of massive consequence in his field, but he had deteriorated into something of a laughingstock in the final 10 or 15 years of his life, as the Raiders devolved into one of the NFL’s worst teams. Davis, meanwhile, did things like push away coach Jon Gruden, make bad trades, and pick mediocre wide receivers way too high in multiple drafts. And in his last years — also much like Michael Jackson — Davis looked notably grotesque. It was often said at the time that he resembled The Cryptkeeper.

Of course, when Davis died in 2011 — much like when Jackson passed two years earlier — he was remembered as a genius, a visionary, and a giant of the game, with his less fortunate final years, basically forgotten. And that’s a tendency that continues, ten years later, with this documentary.

In the documentary’s final moments, the two deep fakes “talk” to each other. Rozelle says “so, you finally got your state of the art stadium.” Davis replies, “it took us 40 years!”

But it didn’t! It happened several years after he died, and as Davis’ son and successor Mark Davis had said five minutes earlier, he got the stadium in Las Vegas by employing the exact opposite strategy of the one his father had used for all those years. Mark Davis even managed to outfox the famed Las Vegas businessman Sheldon Adelson in the stadium deal. Adelson himself died a few weeks ago, although luckily he doesn’t appear as deep fake too.

Franchises Collide in WandaVision‘s “On a Very Special Episode…”