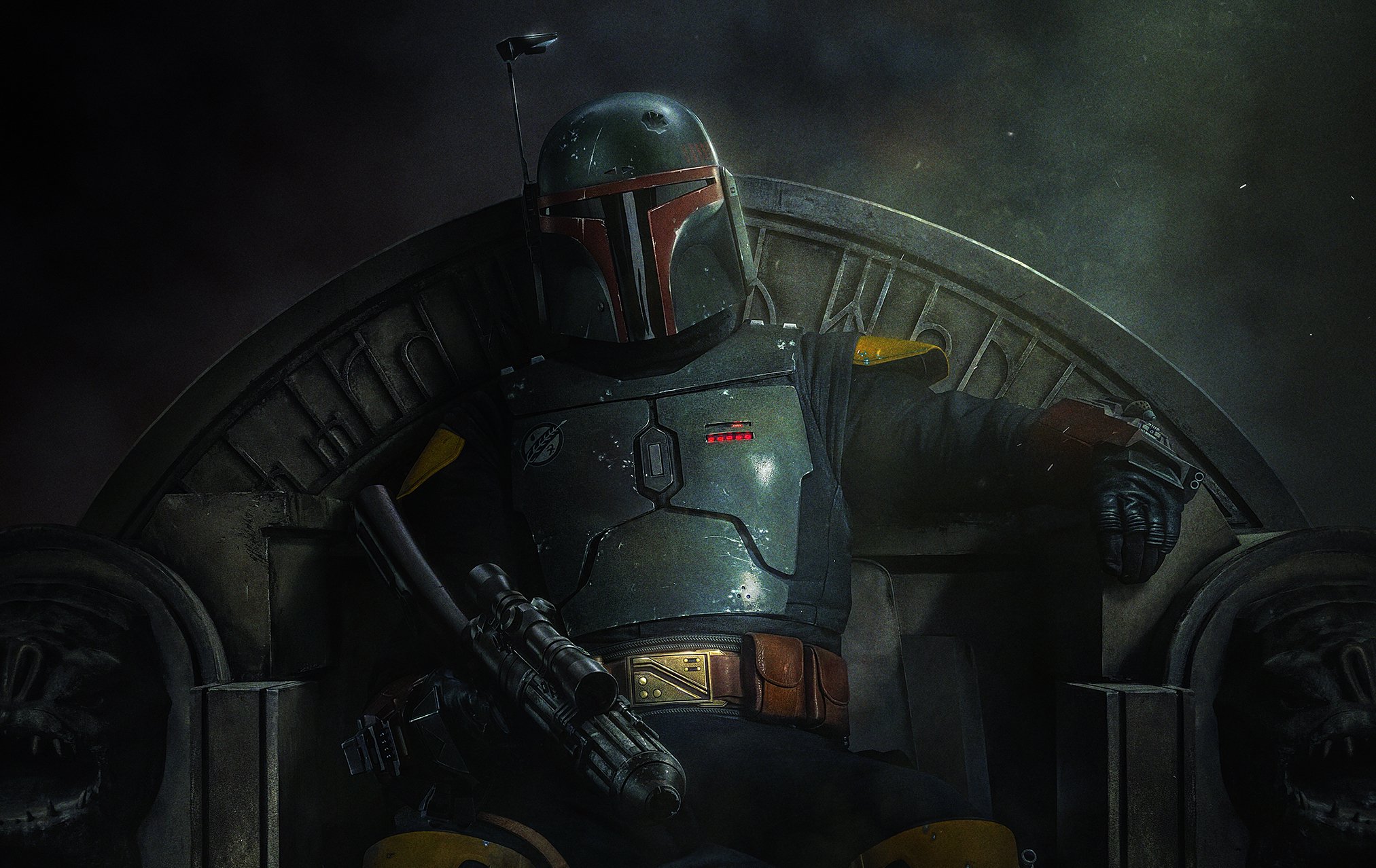 At the end of The Mandalorian’s second season, audiences were greeted with delight as a post-credits scene teased more standalone Boba Fett content coming to Disney+. With years of being trapped in the Sarlacc Pit, trifles of interest from George Lucas for more adventures, a handful of appearances throughout The Clone Wars, and one incredible live-action comeback, Boba Fett is finally ready to rule over his own series. “Chapter 1: Stranger in Strange Land” is a powerful beginning for The Book of Boba Fett that does not disappoint. Even if it may play catchup rather than pushing the former bounty hunter drastically forward, it is everything that fans have long waited for from the Star Wars franchise’s original Mandalorian warrior.

Left for dead on the sands of Tatooine, “Chapter 1: Stranger in Strange Land” shuffles between two unique eras of Boba Fett’s life. The first concentrates on how he escaped the Sarlacc Pit and learned from the Tusken Raiders while the second showcases the new crime lord’s efforts to create a syndicate to surpass Jabba the Hut’s former establishment. Already taken over the Hut’s throne with the help of master assassin Fennec Shand, the two set out to widen their range of loyalists while making connections with other business owners and crime leaders. However, holding back Boba Fett are nightmares left by his visible wounds.

The Book of Boba Fett’s first episode is exactly what you would expect from the series. It has bursts of action, drama, and world-building as it aims to multitask two specific stories. The first episode is no stranger to style, but it also presents an interesting self-conflict that will pan out for audiences only after multiple chapters. The narrative of “Stranger in Strange Land” will be criticized for two key ideas that it works with; lacking a strong mystery is fine and paying tribute to two histories will inevitably be effective.

If there is anything The Book of Boba Fett has proven so far, it is that not every new Star Wars story needs to have an overarching question to be engaging. The Book of Boba Fett utilizes its first chapter to lay a solid groundwork for a background and foreground. Boba Fett’s future goals and how the bounty hunter previously survived his last few torturous years on Tatooine may not be balanced in terms of runtime but are equally intriguing. The show does not need to start on an enigma as large as The Mandalorian’s child to draw interest. Boba Fett’s survival is already something audiences want to see. There is more to enjoy than just action, droids, and iconic characters in the first episode.

If anything, the greatest struggle “Stranger in Strange Land” faces is finding that aforementioned balance between the present and past. The show wants to thoroughly explore two different periods of the character’s life, yet one is given a more prominent spotlight over the other. Boba Fett taking a stance and making moves to garner power is just as interesting as the last horrid half-decade he spent in the desert before collecting his armor, yet it is a shame how little time the audience gets to spend in the present. “Chapter 1” manages to do a fantastic job at telling each story individually but will have to prove if it can multitask both for its run as it potentially connects them.

Either way, the backstory and buildup are critical to fleshing out Boba Fett’s struggles and rise to power. Even if the show stumbles when cramming both stories into its runtime later down the line, the past and present battles Boba Fett faces will be a sure-fire hit when judged on their own. Overall, The Book of Boba Fett’s narrative is a highlight that has a lot to work off of. In comparison to the show’s awe-inspiring directional style and atmosphere though, the first episode’s plot can come off as rather pale.

Where The Book of Boba Fett thrives most is in its lush and mysterious style Robert Rodriguez and Jon Favreau have crafted for the titular character’s pilot episode. Rather than just copying the space western stylization that effectively worked with The Mandalorian, the creators have rightfully taken Boba Fett’s show in a distinct direction that falls in line with the character’s tale. It’s grainier, rougher, less hopeful, and more desperate-looking than anything that backed up Din Djarin and Grogu’s adventures across the galaxy — a perfect match for Boba Fett considering the tone “Stranger in Strange Land” is dealing with. Boba Fett has suffered on the way to his throne and the show expertly portrays that through its atmosphere, narrative, and wonderous score that once again has Ludwig Göransson reinventing Star Wars.

As to be expected by the streaming series, the only aspect of the visuals that can sometimes be a sore thumb is the computer-generated effects — which are still fantastic but can sometimes stick out. There are a lot of practical elements going on, but there are instances where digital creatures can get in the way. In the same vein as The Mandalorian though, The Book of Boba Fett has a handful of excellent leading players that keep audiences from noticing the distractions. For one, Temuera Morrison rocks as Boba Fett. The actor is giving it his all as he fights for his survival on a hopeless landscape. Thankfully, Morrison is not always wearing the iconic bounty hunter helmet too which allows the audience to see how expressive he can be. She may not also get to appear much, but Ming-Na Wen deserves to be recognized for her performance as Fennec Shand.

The Book of Boba Fett may start on a flashback-packed chapter, but it is a strong beginning that will no doubt leave audiences immersed in the Star Wars underworld. Only time will tell whether it will climb the ranks to become some of the best content the franchise has offered. From what “Chapter 1: Stranger in Strange Land” has shown though, The Book of Boba Fett is looking to be on par with the highs of its older brother The Mandalorian. For the next six Wednesdays, viewers will all clamor for the crime lord’s rise to power. Boba Fett is looking to stand on the high pedestal where he belongs, and so far that journey is looking to be easier than escaping the Sarlacc Pit. Like the new crime lord himself, The Book of Boba Fett rules.