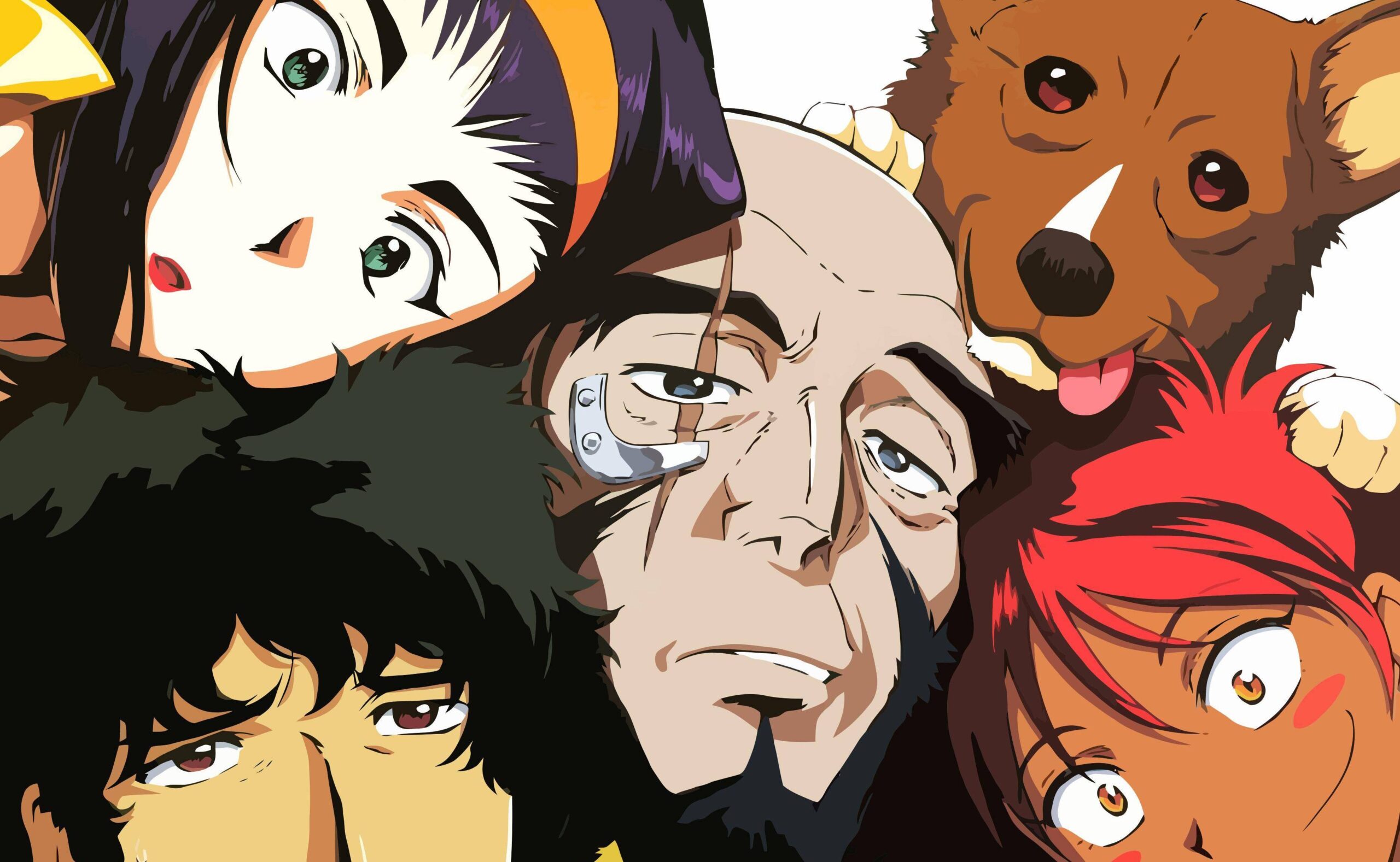 What are the best Cowboy Bebop episodes?

With the release of Netflix’s live-action reimagining of Cowboy Bebop, long-time fans and newcomers of the series will be bound to jump back into Shinichirō Watanabe’s original animated masterpiece. Despite being over two decades old now, Cowboy Bebop has held itself high for being the masterclass anime space western that up-and-coming audiences will still fall in love with. These are our picks for the 10 best episodes of Cowboy Bebop.

Finally getting back to where “Ballad of Fallen Angels” broke the ice, “Jupiter Jazz (Part 1)” delicately introduces the Red Dragon Crime Syndicate with the unveiling of its leading elders and Vicious’ return. Despite being the build-up episode to a more exciting back half, Jupiter Jazz’s first session is almost on par with its closing counterpart. Being paraded by a mysterious vibe that is complemented with jazz and noir, there is so much to love within the complicated emotions each character is being put through. They may be traveling on entirely different paths with unique aspirations, but Spike and Faye excellently manage to contrast each other during episode twelve thanks to how they both tie into the overarching narrative. Their ties to Gren and the Syndicate constantly add to the episode’s evolving drama.

Just when Part 1 barreled into the audience with a ton of revelations, “Jupiter Jazz (Part 2)” continues Gren’s mission to see Vicious dead while wonderfully bridging the gap between Spike and the Crime Syndicate swordsman’s history. The second half of this story arc is packed to the brim with shocking scenes and fascinating characterization moments that enhance Cowboy Bebop’s world-building. Not only does Gren have a fascinating backstory in “Jupiter Jazz (Part 2)”, but his retelling of past events effectively showcases Vicious’ dark motives and Julia’s story. While the information may be scarce, audiences are able to understand how Vicious grew to be a cold-blooded bitter soldier that always had a larger plan while his lover never trusted him.

Who would have thought that the offshoot Ed and Ein solo adventure would be one of Cowboy Bebop’s best sessions? The craziness was expected from the story’s premise alone, but “Mushroom Samba” goes ten steps above the Watanabe’s typical insanity for something beautifully goofy and comical; the episode’s spearheading child innocence is simply brilliant. The idea that the bounty hunter crew has to rely on their child and dog to find food while they repair their ship was a hilarious catastrophe waiting to happen. Between the mushroom hunting music lyrics and the high reactions of the entire cast, “Mushroom Samba” absolutely kills it in humor and charm as Ed and Ein take the spotlight for an unexpected escapade across the desert to find sustenance.

When a triple roundup of hijackers turns into a greater bounty hunting scheme on Venus, leave it to Spike Speigel to become the unexpected mentor of the Bebop group. “Waltz for Venus” is an elegant and heartfelt session that widely develops Spike as a moral hero thanks to the companionship he carries with the money-troubled Rocco Bonnaro. Rocco’s situation to sell illegal plants for his blind sister suffering from Venus Sickness is given weight because of how Spike deals with his new student’s troubles. While their histories may greatly differ, the two share a connection through their risky aspirations. Like many of the show’s other known one-shot characters, Rocco’s death is immense despite his short screen time. With Watanabe’s heart-wrenching direction, it is easy to feel the episode’s emotional pain as the succeeding student is killed before seeing his own dream completed.

Radical Ed’s placement on the Bebop crew came to an end early as she and Faye fully embraced their past for the first time in years. Cowboy Bebop has always carefully paid attention to the fine line between holding together the past and future. “Hard Luck Woman” is a depressing endeavor into how our heroes can not always get what they want as they learn nothing is forever. The entire episode can be perfectly summed up at the moment where Spike and Jet silently shovel down the hard-boiled eggs that were cooked for the entire team. As the original two Bebop crew members swallow their pride and show no emotion going through their missing members’ plates, the audience will be whimpering watching Ed and Ein walk away. See you someday again space cowgirl (and corgi).

Considering this session takes on the role of being the build-up to the final confrontation between Spike and the Red Dragon Crime Syndicate’s new leader, “The Real Folk Blues (Part One)” perfectly utilizes everything “Ballad of Fallen Angels” and “Jupiter Jazz” previously set in stone for Cowboy Bebop’s leading bounty hunter. It is the ultimate calling for one revelation audiences have yearned to see since the show’s sixth episode. Viewers are finally given a chance to explore who Spike’s lover is in the flesh and what exactly happened on the day of the church shooting “Asteroid Blues” opened to. Julia’s actual screentime may be quite short, but her presence is never wasted as Cowboy Bebop’s penultimate episode fires off all cylinders for one thrilling pre-conclusion.

Cowboy Bebop has always gently approached the psychological trauma of its characters, but nothing will ever compare to the horrific and bitter backstory of insane serial killer Mad Pierrot. Sickening, cruel, and cunning, “Pierrot le Fou” is a session that shines above the show’s other stories thanks to its vicious tone and eerily conflicting atmosphere. With a story that turns the tables on Spike, “Pierrot le Fou” is constantly diving into horrific territories the show never explored in such dark light. For a series that has remained rather grounded in characterization and legitimate motives, the presence of a super-soldier murder clown who hangs out in Disney-esque theme parks getting kicks out of killing oddly fits right in with the other threats.

For a pilot episode, Cowboy Bebop’s premiere is a sure-fire knockout from Shinichirō Watanabe; an instant masterpiece of its time and a standard for the modern era of both Japanese animation and space westerns on television. Set in 2071, “Asteroid Blues” lays the groundwork for Cowboy Bebop’s premise of bounty hunters working around the endless void surrounding us all. It admirably only needs its visuals to tell a perfect story as its script and story beats simply imply just how relatable and heart-wrenching its characters’ backgrounds are. All of Cowboy Bebop’s long-standing praise can arguably be justified in the premiere session alone — and seriously, who will ever forget seeing that opening “Tank!” theme for the first time? Spike Spiegel’s encounter with small fry Asimov Solensan and his wife Katerina is unforgettable.

Anchored to the past and never able to embrace the future, the second half of “The Real Folk Blues” is a bittersweet conclusion to Cowboy Bebop’s acclaimed run. It may not close the door on every question viewers have in regards to Spike and Vicious’ history, yet it provides an immensely satisfying ending to their long-running battle as the two make one last epic final stand. “The Real Folk Blues” is a philosophical endeavor into Watanabe’s dystopia; a final poetic bow as the cast turns to what lies ahead. The ambiguous note Spike’s fate ends on will only leave fans in a debate that perhaps reflects many of the show’s arguments on looking at life itself. It’s a good thing Cowboy Bebop: The Movie released afterward because it was better to end Spike Spiegel’s story on a happy note rather than what many fans perceive as his demise.

Cowboy Bebop’s silence always speaks volumes, but “Ballad of Fallen Angels” echoes with immense impact. For a show that serializes itself and does not return to many of its characters, it was more than obvious that Spike’s old enemy Vicious was bound to make a comeback in the future. The episode ridiculously sets up the stakes between the two quickly as it constantly pokes upon Spike’s past and his internal conflicts with history. Was Vicious his friend? Was Spike’s wedding shot up? How did the two fallout? Were they originally partners? “Ballad of Fallen Angels” is Cowboy Bebop at its finest; silent, slick, mysterious, tense, and intriguing all at the same time. It culminates into a masterful barrage of questions that will keep any viewer’s attention razor-tight on piecing together the intricate narrative it present.

From the gorgeous artwork and sound design to the brilliant climax and placement of flashbacks, it is impossible not to become absorbed in “Ballad of Fallen Angels” imagery and context.

For our complete ranking of all 26 episodes of Cowboy Bebop, you can check out our full article right over at Goomba Stomp!