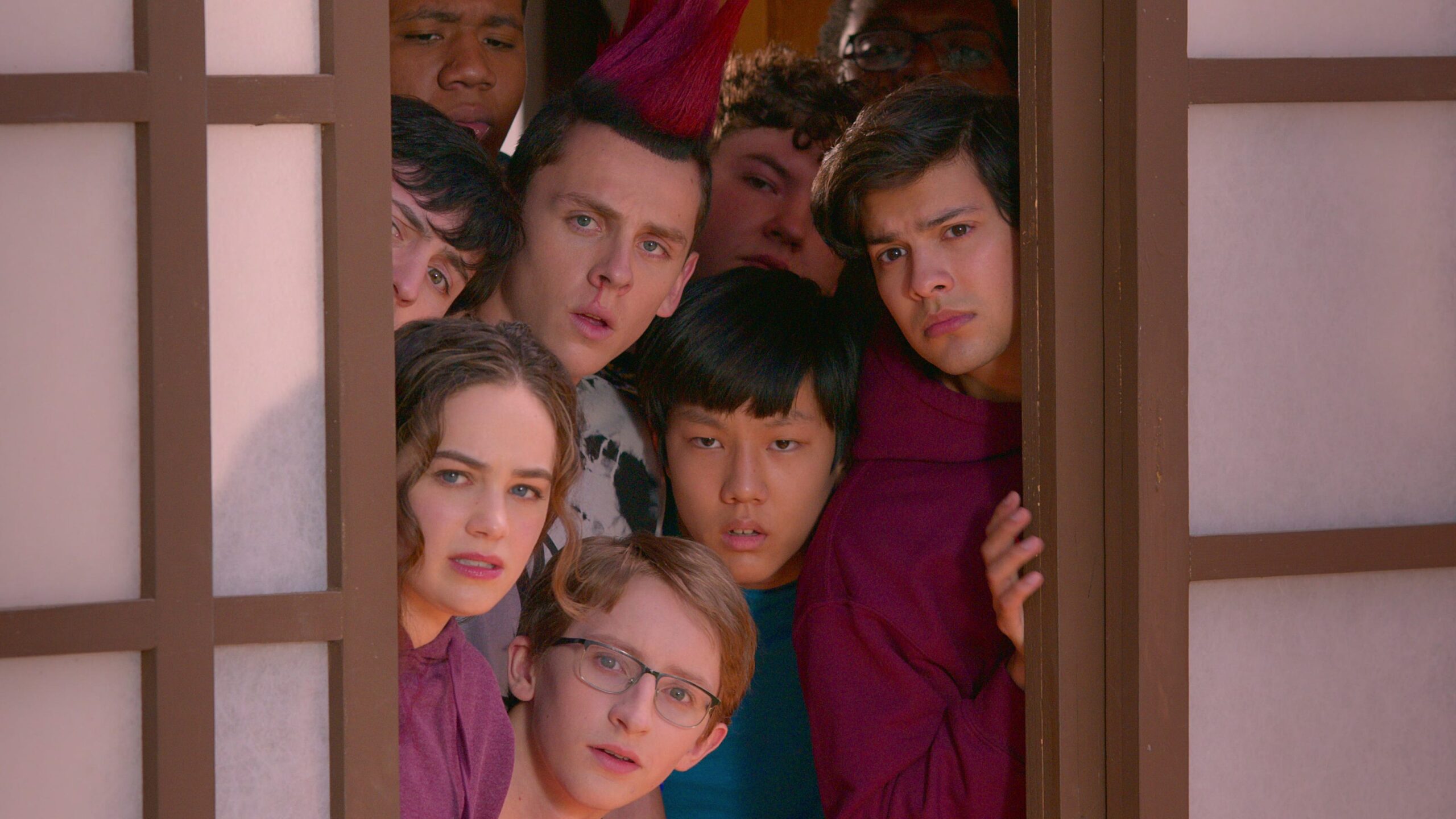 Cobra Kai never dies, or so the mantra goes, but maybe it’s time to start thinking about ending the show.

There’s no beating around the bush— the fourth season of Cobra Kai is the weakest season so far. It’s not bad by any stretch of the imagination but it is disappointing no less, and it shows that the creators might be running out of ideas. If you’ve been a fan of this show so far, you should still find yourself entertained, but there’s no denying Cobra Kai has finally hit a slump and I need to address why.

While Cobra Kai isn’t new to Netflix, the fourth season is the first produced by the streaming giant since they acquired the series from YouTube back in June 2020. And while the creative team remains the same, Season 4 feels scattered, unfocussed and spends too much time chasing its own tail. There’s a lot of repetition here, to say the least, and the constant hitting of the reset button has me wondering if the writers took a few too many kicks to the head along the way. In all seriousness, it feels as if many of the plot points were either lost and/or rushed during the second half of the season that by the time I got to the penultimate episode, I had to check my Netflix screeners just to make sure I hadn’t skipped an episode.

Cobra Kai Season 4 picks up with Johnny (William Zabka) and Daniel (Ralph Macchio) merging their dojos to win the upcoming All-Valley Karate Tournament. The main conflict once again involves Cobra Kai, the karate dojo now under the leadership of John Kreese (Martin Kove) whose philosophy of “show no mercy” contrasts the beliefs of every other dojo in town. The twist this time around is that if Cobra Kai loses the tournament, Kreese will be forced to leave the Valley under the terms of a side bet made between him and Johnny. Complicating matters, however, is Johnny’s estranged son, Robbie (Tanner Buchanan), who joins Cobra Kai as well as the surprise return of Thomas Ian Griffith reprising his role as Terry Silver. For the unfamiliar, Silver is Kreese’s rich psychopath best friend who fostered a convoluted scheme to defeat, humiliate and straight-up destroy Daniel LaRusso in The Karate Kid Part III. In his own words, Silver spent a good part of that film so hopped up on cocaine and revenge, he spent months terrorizing a teenage boy over a high school karate tournament. Despite his introduction, we quickly learn not much has changed and Silver is every bit as manipulative and dangerous as we remembered him to be.

Terry Silver is Back!

Griffith, who reprised his role after retiring from acting fourteen years ago, is more than just a guest-star—he’s the season’s true villain, a 75-year-old Vietnam war vet who will do everything in his power to put Cobra Kai on top. There’s no denying that Griffith breathes new life into the show and his performance is great. Unfortunately, his character arc is also poorly written. Considering Terry is a happily married and extremely wealthy businessman living in an oceanfront mansion without a worry in the world, there isn’t much that happens over the course of the first episode to justify why he would leave everything behind and be pulled back into the dojo. Over the next nine episodes, Silver’s decisions make even less sense and worse is how the show feeds us with unnecessary flashbacks to his time served in the Vietnam war as if that would explain why he would want to once again be surrounded by so much teenage drama. It’s as if showrunners Hayden Schlossberg, Josh Heald, and Jon Hurwitz watched The Karate Kid Part III and thought it would be a good idea to take everything wrong with that film and apply it here.

For better or worse, Season 4 takes most of its cues from The Karate Kid Part III and like that film, there is a philosophical divide between student and teacher. In fact, there are few characters this time around who see eye to eye. Daniel continues the lessons learned from Mr. Miyagi (the late Pat Morita)— lessons that place an emphasis on defense, patience, and meditation— and a method that increasingly frustrates his students (think wax on, wax off). Meanwhile, Johnny believes in a far more aggressive style that focuses on offense. His Eagle Fang dojo spends most of their time throwing punches, landing roundhouse kicks, and leaping off tall buildings, a dangerous approach that sparks something in Daniel’s daughter, Samantha LaRusso (Mary Mouser) who begins to embrace Johnny’s strike-first way of thinking. As hard as Daniel LaRusso and Johnny Lawrence try to put their differences aside, the pair’s personalities continue to clash causing them to waste precious time disagreeing on whose style should take precedence.

In the original Karate Kid film, Mr. Miyagi and Daniel LaRusso are the stories of balance and Johnny Lawrence and Kreese are the stories of chaos. One of the main lessons the movie teaches us is how to channel negative energy and bring it to balance with calm stoicism. In Season 4, both men struggle with this form, but as we begin to see them grow, they also begin to accept that not everything is black and white. As the tension between all three dojos builds toward the inevitable valley karate tournament, the shifting of alliances keeps viewers on their toes constantly guessing how it will end.

If there are two things you can count on in every season of Cobra Kai, it’s karate and drama; but while there’s plenty of karate in the fourth season, you should prepare yourself to see fewer action scenes. Yes, there’s a clever and delightful poolside fight sequence that takes place at prom and involves two of our favourite teenage couples, but it doesn’t hold a candle to any of the amazing fight choreography we’ve seen in previous seasons. In other words, don’t expect a fight scene as epic and the Christmas home invasion from Season 3 nor anything as hard-hitting and bloody as Season 2’s West Valley High brawl. What Cobra Kai Season 4 does have, however, is the All-Valley Karate Tournament which is spread across the last two episodes and is without a doubt the highlight of the entire season. Honestly, despite my complaints, the tournament alone, makes Season 4 well-worth the trek. In fact, the karate tournament they’ve spent all season preparing for showcases some of the best fight choreography in the entire series, and because the teens have wisely learned the offensive and defensive moves between three dojos, they’re well equipped at anticipating each other’s next attack, making it highly possible that just about anyone can win this time around. Overall, the fight choreography is more grounded than in the previous three seasons, and not only are we are given a far more suspenseful climactic duel but the tournament as a whole will leave viewers rooting for all sides.

Season Four also gives Hawk (Jacob Bertrand) a path to redemption and features plenty of hilarious moments with Johnny and Xolo Maridueña‘s Miguel who both present new challenges for their surrogate father/son relationship. I would also be remiss if I didn’t mention Dallas Dupree Young, who makes his debut this season as Kenny— a Karate Kid archetype who is bullied at school and pushed so far, he decides to learn karate to defend himself. He’s fantastic in the role, especially during the tournament; it’s just too bad we’ve already seen a similar character arc in both Miguel and Danny, once again proving the writers are recycling story beats (not to mention, adding a new character so late in the game feels unnecessary and takes the spotlight away from others).

The first season of Cobra Kai put a clever spin on Daniel and Johnny reversing their roles. It’s not only an entertaining dramedy that mixes nostalgia and teen angst but a smartly written and poignant drama and a prime example of how to reboot a popular franchise, the right way. Cobra Kai turned out to be far better than it had any right to be, and, in my book, it is one of the most binge-worthy shows of 2018.

The second season, however, had critics divided. It received mostly great reviews but depending on who you ask, it either ran out of ideas or was a unique character study of two men going through midlife crises.

With the third season, the creators hit it out of the park, delivering the most nostalgic season yet, and the closest to capturing the tone of the original films with its craft and its patience. It’s precisely the sort of rousing, feel-good entertainment audiences were craving, and with the stakes higher than ever.

Despite the dojo’s familiar “Never die” slogan, Season 4 reminds us that Cobra Kai can’t last forever and that maybe it is time they start thinking about wrapping things up. Season 4 is burdened with too many characters constantly switching sides with little reason and sadly it also leaves the show’s two stars with less to do— which is even more disappointing when you realize how much valuable screentime is given to the growth of Anthony LaRusso (Griffin Santopietro), the least interesting character in the entire series. All in all, there’s a lot to like but here’s hoping for a better fifth season.