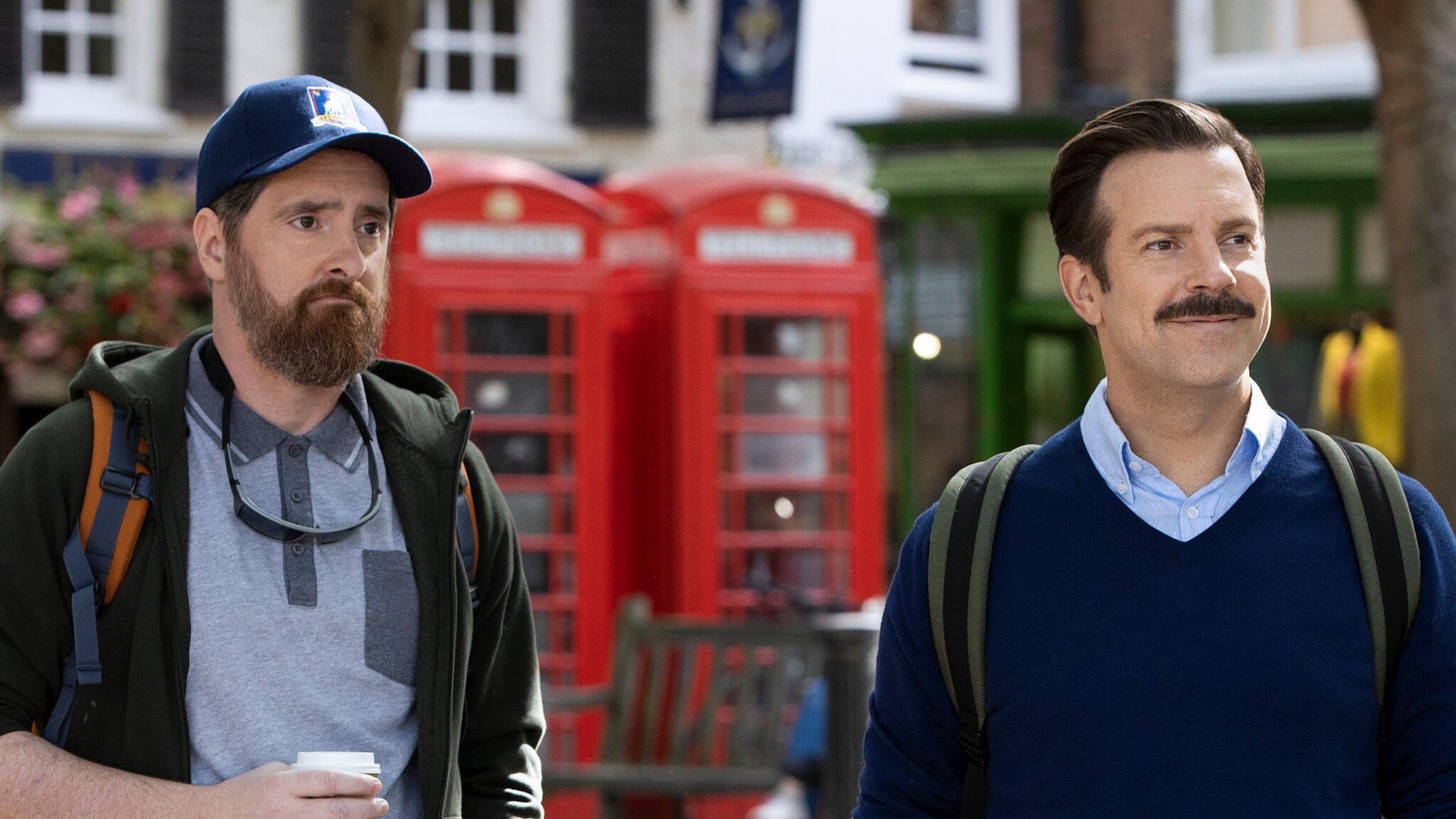 Take a walk down the street of any bustling city and too often people appear closed off and guarded. As depression and cynicism debilitate people from being themselves, television and movies have shown the pursuit of happiness as just as futile. Through its almost-fantastical levels of optimism, the one show this year that has felt like a much-needed jolt of joy has been Ted Lasso. With its title character’s near-cloying positivity against a sea of vitriol, hatred, selfishness, and entitlement, Ted Lasso is a bundle of unbridled joy that begs the question: would it be so wrong to be a little kinder?

Of course, making a show about one man being overly optimistic and joyous while everyone else around him more closely resembles typical human behavior, is probably a difficult sell. In a television landscape where sex sells, drama is king, and the only way characters can die is brutally and horrifically, Ted Lasso is the antithesis to most prestige television. At first glance, it feels at home with other network sitcoms (Bill Lawrence is a co-creator of the show, best known for creating Scrubs) and the overarching plot feels appropriately cordoned off for a multiple-season series with very little growth. As the season progresses though, not only does Ted himself (played by Jason Sudeikis) reveal more shades of his personality; the show uses its sitcom trappings to deliver full arcs for all of its characters and explore how good intentions don’t need to be squashed to make riveting television.

Ted Lasso follows an American Football coach best known for an embarrassing video of him dancing in the men’s locker room with his team, as he is brought to England to lead a Premier League soccer team. With no knowledge of the sport and no apparent reason for taking the job other than to give his wife some distance during the rough patch of their marriage, Ted Lasso is a fish out of water. Why would any self-respecting sports team bring someone who doesn’t even know the sport over to coach their team? Well, for sabotage purposes, of course. The owner of the team, Rebecca Welton (Hannah Waddingham), has just gone through a supremely messy divorce and has hatched a scheme to destroy the one thing her ex-husband loves most: his Football club.

The early realization that nothing will defeat Ted Lasso’s sunny exterior is the brilliance of the show. That’s not to say that he is unrelentingly cheerful, but that his means of conversation differs from what we’re used to seeing in both real-life and television. If someone says something that is even the tiniest bit deprecating, Ted doesn’t just shrug it off like most people: he asks why you would say such a thing. If you say you have a problem, he listens and tries to assist. Best of all? Ted will make fun of you for being such a downer. Characters like Roy Kent (Brett Goldstein) are perfect for Ted to work his magic on because it’s someone who was successful in the sport and is now facing down the barrel of Father Time as he finds himself slower and more prone to injury than in his youth. Seeing his impending retirement creeping closer and closer, his arc is maybe the best of the season and it quite simply wouldn’t have been as effective without Ted as his coach.

Sitcoms are often a group of people who get along and every episode is a singular plot that gets resolved cleanly before the runtime ends. Occasionally that plot may be a symptom of an overarching plot (the company merger in The Office, for example), but running gags and rigid personality types often keep sitcoms from evolving without a lot of time spent with those characters. It’s because there is no conflict internally, so Tom Haverford or Ron Swanson might be characters from Parks and Recreation that people love, but they don’t grow as characters until pushed out of their comfort zone. With Ted Lasso, no one initially likes Ted. No one really likes each other, even. The entire team is at odds for one reason or another. It isn’t until Ted gets there that they begin exploring themselves and why they are how they are with each other that feeds growth for each character. Ted Lasso does this in the span of one season, where other shows take many to finally find their groove.

Ted Lasso feels quaint but in a way that seems just as important as hefty dramas and satirical comedies.

This is the fundamental difference between Ted Lasso and every other sitcom. It doesn’t want you to like every character right away. There are still villains in the show, and there are characters who it is made difficult to like. With a little bit of time and listening, it’s almost impossible not to find the endearing qualities of even the most heartless of people. Perhaps my favourite character, outside of Ted, is Nathan (Nick Mohammed). He is just the kit man, cleaning the team’s gear and maintaining the stadium. To every player on the team, Nathan is nobody.  His first interactions with Ted and his assistant coach, Coach Beard (Brendan Hunt), only reinforce the low self-esteem and lack of respect others have for him. Yet, once he comes out of his shell by simply being acknowledged, Nathan blossoms into one of the best characters of the show and a vital part of the team. Compared to other sitcoms, he’s the kind of character who would be made the punchline of a joke while still being endearing (not to continue bringing Parks and Recreation into this, but he would definitively be the Jerry of this show). In Ted Lasso, he’s Jerry for a minute but throughout the season becomes a major character.

The performances are all pitch-perfect as well, with Jason Sudeikis giving what is arguably his best acting to date. It’s refreshing to see someone who has played a terrible person on a regular basis finally get to show himself in a new light – one that has made me consider that Sudeikis may be one of the best working comedy actors right now. Propped up by some incredibly poignant performances, Ted Lasso depends on Sudeikis to keep everything from going too far into the direction of unending twee. It also helps that his character never ‘punches down’ and instead only aims any negativity towards those who do punch down. It’s a refreshing trait for a Sudeikis character since the actor has excelled mostly in portraying hateful characters.

Ted Lasso feels quaint but in a way that seems just as important as hefty dramas and satirical comedies. It shows a world not too dissimilar from our own and tries to fix it by being helpful to anyone who needs it. Those who refuse assistance or think they’re better than everyone will continue to walk their own path, but Ted Lasso shows how a community can be built to support everyone’s ambitions and desires. While centered around a sport that audiences may have varying levels of knowledge of, the show does a great job making the characters and their plights relatable inside and outside of the sport. Quite simply, this is not only one of the best shows of the year but also one of the best examples of the power of kindness in a world that too often seems bleak.

Euphoria‘s Temporary Return is Amazing, in a Whole Different Way