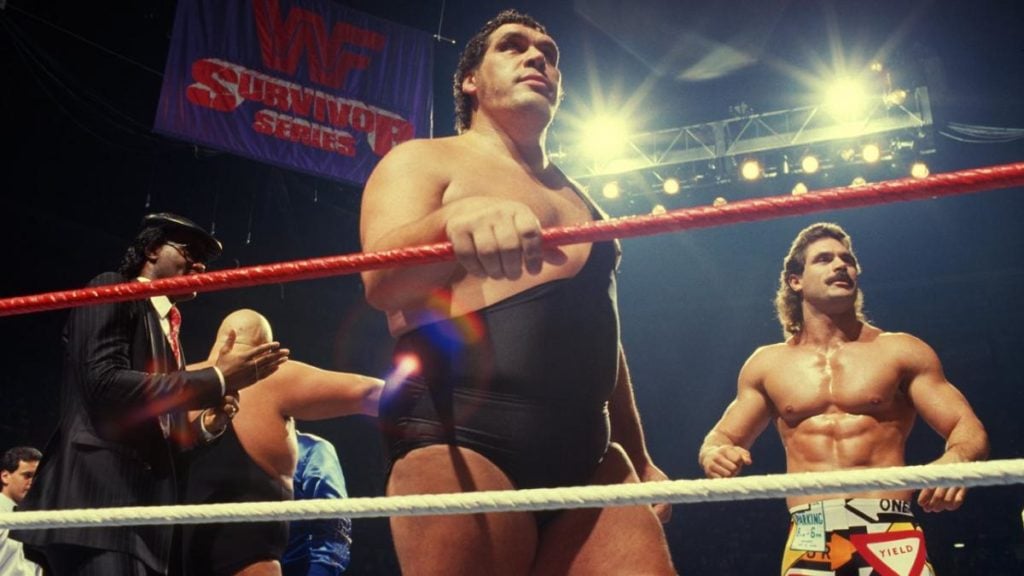 Relive Some of the Biggest Moments in Survivor Series history

There are a few pay-per-views that are mainstays of WWE’s annual slate of offerings. SummerSlam. Royal Rumble. WrestleMania. Kids grow up dreaming of wrestling at these shows, and Survivor Series is one of them. The classic Survivor Series match is a five-on-five elimination bout, featuring a variety of top stars as well as up and coming wrestlers. It provides an important showcase for WWE’s talent, some of which don’t always get pay-per-view time.

Besides that, it’s a lot of fun for fans to watch.

Over the years, Survivor Series has produced a number of career-defining moments for the talent involved and those moments can mean everything. This is the pay-per-view that kicks off the build-up to WrestleMania, the ultimate goal for all WWE wrestlers.

The 2019 event is even more interesting than past iterations because of its incorporation of talent from NXT for the first time ever, pitting their champions against Raw and SmackDown. If fans were looking for a statement as to how seriously WWE is taking NXT as its own brand, matching NXT against their long-standing brands accomplishes that. Let’s look back at some of the most memorable moments of the event.

Many of the biggest moments in Survivor Series history happened outside of the actual namesake match. One of the most infamous moments in WWE history, The Montreal Screwjob, happened at Survivor Series 1997. Knowing Bret Hart was leaving WWE and wanting to make sure he didn’t take the belt to WCW, Vince McMahon ordered a fast count during Hart’s match with Shawn Michaels.

Hart’s response was infamous and understandable, his long feud with both McMahon and Michaels only coming to a relatively recent end.

Hart had a part in another big moment, this time at Survivor Series 1996. One year before The Montreal Screwjob, Bret Hart faced off against a young wrestler name Stone Cold Steve Austin who was looking to make a name for himself. Thanks to this match, he would do it. While it’s not often recognized as such, this match was the start of Austin taking the wrestling world by storm and building a legendary career that fans still talk about.

The Undertaker wasn’t the only wrestler to debut at the venerable pay-per-view. The Shield, a faction that would go one to produce three major singles champions, made their first main roster appearance at Survivor Series 2012. They came through the crowd and destroyed both John Cena and Ryback on behalf of CM Punk. The legendary Sting made his first WWE appearance at Survivor Series 2014, attacking Triple H and setting up a WrestleMania match between them.

Asuka also achieved glory at Survivor Series 2017 as part of her build-up to WrestleMania. She was a member of the Raw Women’s Team, putting in a typically dominant performance. Asuka was the sole survivor, winning the match for her brand and eventually going on to win the first Women’s Royal Rumble match.

Unfortunately, she didn’t win her match at WrestleMania, a loss that took months and months to recover from. Now, it seems like she’s finally back on track alongside Kairi Sane as the Women’s Tag Team Champions.

The big four pay-per-views will always have a special place in the hearts of WWE fans, and Survivor Series is no exception. While every moment on screenplays a role in building a successful wrestler, showing up and showing out in big moments like this set the tone for the rest of the year.

That continues today as modern talent use this traditional pay-per-view event as a means of launching careers. It’s one of those events young wrestlers grow up dreaming about.