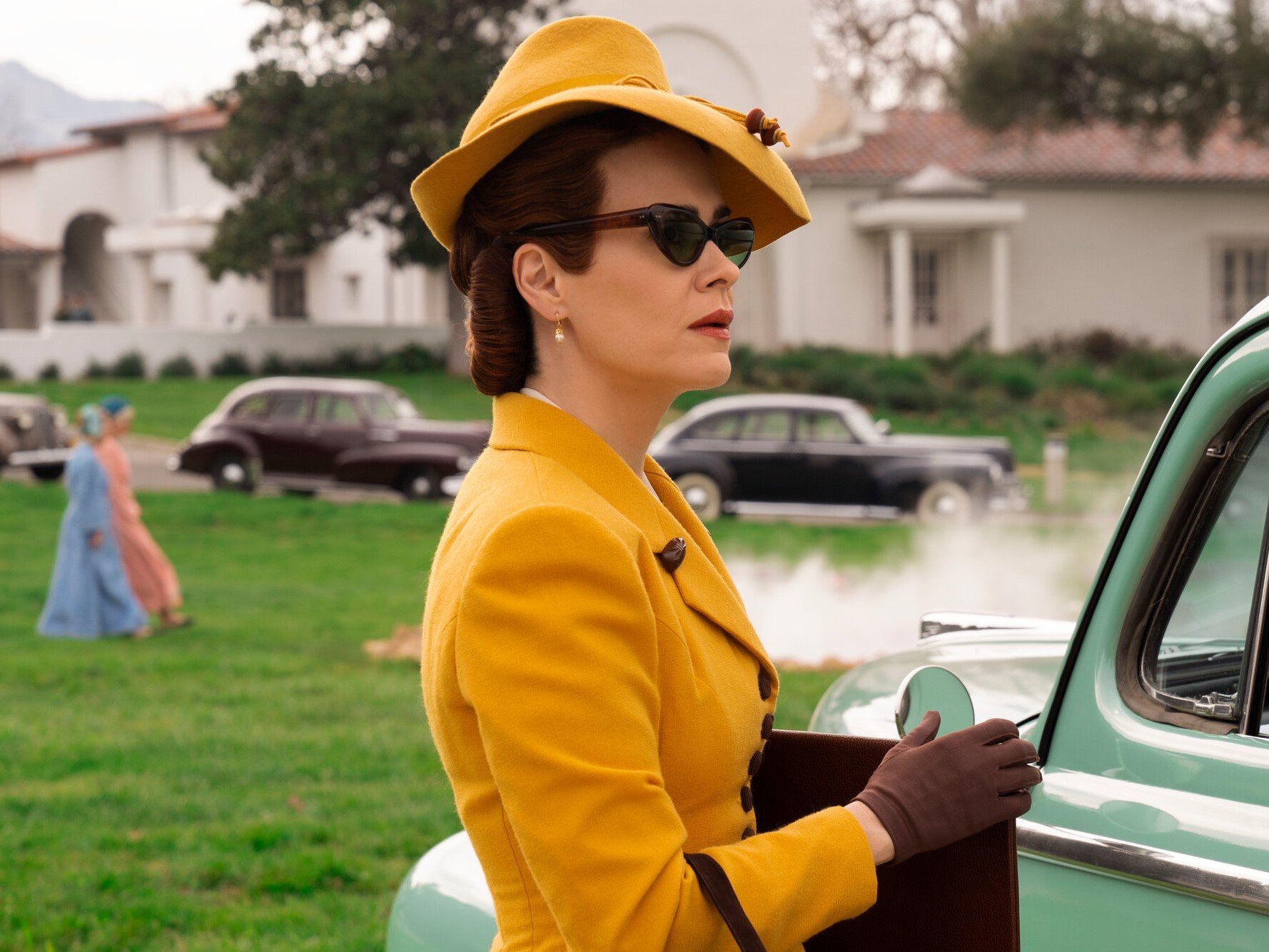 If you’re a fan of Ryan Murphy’s show American Horror Story, Milos Forman’s One Flew Over The Cuckoo’s Nest (1975), or Ken Kessey’s original 1962 novel by the same name, then there’s a chance you might enjoy Netflix’s new show Ratched. And if you’re not a fan, well, there’s still some hope for you too.

Ratched, created by Evan Romansky and Murphy, shines a light on the tragic origins of the infamous Nurse Mildred Ratched (Sarah Paulson). The show follows her unsettling journey as she secures a job at a mental institution in California under the command of Dr. Richard Hanover (Jon Jon Briones) and supervision of Head Nurse Betsy Bucket (Judy Davis). While there, Nurse Ratched tries to do her best for the patients, for herself, and for her incarcerated—not to mention murderous—brother, Edmund (Finn Wittrock). In addition to her present-day traumas, the show takes us through the darker moments in Ratched’s childhood and early adult life in an attempt to help us understand the monster we know she becomes. It’s also full of blood, suspense, and horror.

One of the highlights of this series is the acting, though not necessarily from Ratched‘s titular star. Although Paulson gives a wonderful performance throughout the show—the look she gives Nurse Bucket in the second episode, “Ice Pick,” could freeze fire—it’s nothing we haven’t seen from her before. If you’ve followed Paulson’s career on American Horror Story, then her portrayal of Nurse Ratched often feels like an extension of her character from AHS season eight, Ms. Wilhemina Venable. Wittrock, on the other hand, gives us something new to enjoy. Despite wearing jeans and a t-shirt for the bulk of the show, Wittrock is nearly unrecognizable. His mannerisms, posture, and even his empty stares help distance him from some of his more iconic roles, like that of Dandy Mott from American Horror Story: Freak Show or Damon Miller on All My Children.

Like most Murphy-led projects, this one also features a laundry list of over-the-top characters, which can be a blessing and a curse. From boozy motel managers and horny private investigators to limbless psychopaths and murderous public servants, the characters of this show often feel like they’ve been designed for dramatic effect as opposed to good storytelling. While some of them feel fully formed and have us sympathize with their plights, others feel like quickly rendered caricatures lacking any emotional depth. For example, Charlotte Wells (Sophie Okonedo) personifies often painfully cliche and sometimes dangerous stereotypes about people with Dissociative Identity Disorder. Although Okonedo plays the character masterfully, seamlessly slipping between personalities and mannerisms, the character herself leaves much to be desired from the writing. On the other hand, Gwendolyn Briggs (Cynthia Nixon) is a woman who demonstrates the best of Murphy and Romansky’s writing. The secretary to California’s Governor George Wilburn (Vincent D’Onofrio), Briggs is a lesbian in a loveless, heteronormative marriage to her gay best friend, who falls madly in love with Ratched and turns her life upside down in pursuit of this newfound obsession. We follow her as she strives to be taken seriously in politics, to find love without becoming a social pariah, and to be brave enough to chase her happiness. Her story arc is one that leaves viewers feeling fulfilled by its climax, and invested in both her successes and failures throughout its journey.

Like most of Murphy’s shows, Ratched includes a fair number of queer characters. As a queer woman, it was especially exciting to see such an emphasis placed on the relationships between women. Although there were some problematic moments when it came to depicting queer women on screen (mainly relying on the harmful trope that queer women are unable to control their sexual urges), there were some truly beautiful moments captured in the show. Nurse Ratched’s journey of self-discovery and acceptance, particularly when it came to her understanding of her sexuality and being open to unexpected friendships, felt sincere and resonated deeply.

Much like the characters, the plot could use some work. Although the throughline of Ratched is technically there, it often gets lost in what feels like silly side-adventures or pointless problems. Nurse Ratched’s only objective is to prevent her brother from standing trial for the murders he committed, but the way she goes about trying to accomplish that tends to feel counterproductive. Although they try to make her seem like a clever strategist, Ratched often just comes across as the luckiest woman in the world. By the end of the first season, there are nearly a dozen times where her plans should logically have been foiled and our titular character sent to jail, and so her great schemes are undercut as simply great coincidences.

While it might sound like this show is worth skipping, it’s actually a lot of fun to watch. The costumes and sets are breathtaking. The music makes you feel like you’re watching an old fashioned horror film. The framing and visual effects are fresh for television, but with a retro cinematic flare. The use of lighting to set the tone is stunning, with characters frequently being bathed in ominous seas of red and teal light. The show also delivers on its promise of horror, with plenty of ominous medical treatments to go around.

Although this Netflix original feels like a fanfiction crossover between American Horror Story and One Flew Over The Cuckoo’s Nest, it manages to not be too derivative of either. With stellar performances from a talented cast, dramatic flourishes from Murphy and Romansky, and remarkable visuals, Ratched is exactly what the doctor ordered.

10 Years Later: The Boardwalk Empire Pilot is one of the All-Time Greats