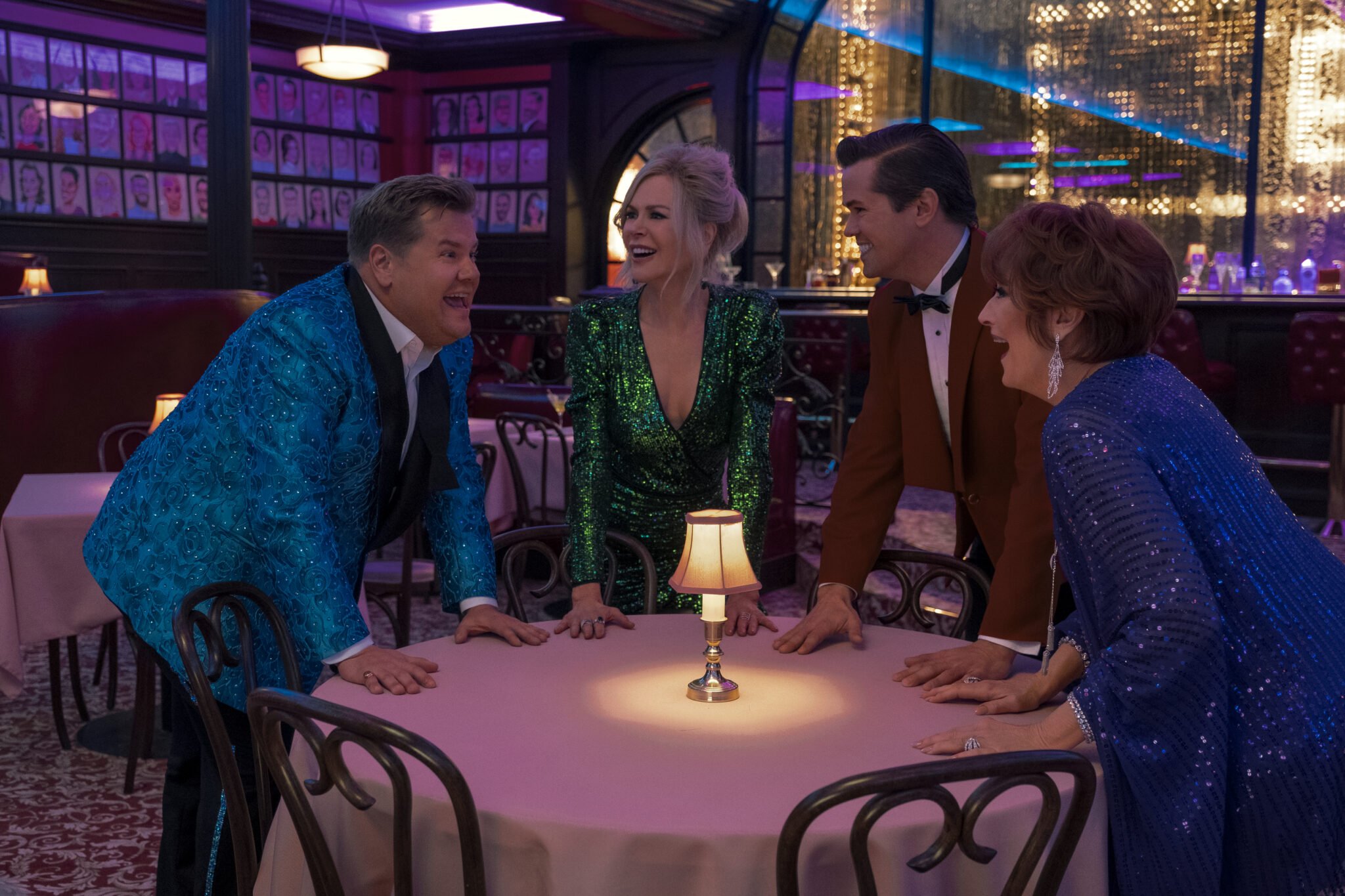 I’ve been saying for years that the proliferation of streaming services, especially ones that are well-capitalized and always looking for content, could and should lead to the production of a lot more musical movies. And that’s begun to happen, especially with the arrival of Hamilton on Disney+ this past summer.

The Prom, on the other hand, is exactly what I didn’t have in mind. It’s an adaptation of a relatively obscure, not-especially good Broadway musical that ran for barely a year and doesn’t have much of a fanbase, cast with A-listers who don’t especially fit the roles and giving short shrift to the most interesting people in the story. And the film, which lands on Netflix this week after a small theatrical run, is somehow both a critique of smug Hollywood moralizing and an example of the same.

Directed by the prolific TV impresario Ryan Murphy, who’s quite good at shepherding TV shows but very, very bad at directing movies; the particularly loathsome Julia Roberts movie Eat Pray Love was one of his.  The Prom exemplifies most of Murphy’s weaknesses as a creator and few of the strengths.

The Prom is the story of a group of Broadway performers — aging diva Dee Dee Allen (Meryl Streep), her gay sidekick Barry (James Corden), a struggling actor and bartender (Andrew Rannells) and a Fosse-inspired showgirl (Nicole Kidman) — who are smarting from the quick closure of their most recent show.

Eager for redemption, or more likely attention, the four actors seize upon a story from the news- a teenaged girl in Indiana named Emma (Jo Ellen Perlman) has been prevented by an overzealous PTA (led by Kerry Washington) from attending the prom with her girlfriend. So the actors head to the Midwest to intervene and to hopefully resurrect their careers in the process.

The actors are first seen as contemptuous of their midwestern hosts, although slowly but surely, they warm to the town’s charms, as Streep falls into a romance with the principal (Keegan Michael-Key), a Broadway superfan 20 years her junior, while Corden’s character comes to terms with his own closeted, Midwestern upbringing.

The movie and musical are based on a real story, which happened in Mississippi in 2010, after which such celebrities as Green Day and Lance Bass launched a social media campaign to get the girl in question a “second chance prom,” while also supporting a court battle.

The adaptation, however, has a specific point to make about the selfishness and soullessness of celebrity activism. It makes that point, and then it makes it again and again and again for two hours.

The Prom depicts these Broadway stars as self-aggrandizing, cynical jerks who are entirely out for themselves. And beyond that, the film seems to have equal contempt for coastal liberal elitists and heartland rubes- which is only the exact same compromise reached by just about every Hollywood film with political currency in the last four years, from The Oath to The Hunt to Irresistible.

It’s a viewpoint so safe and uncontroversial that it couldn’t possibly lead to anything funny or incisive- even before the conclusion that the urban elitists and the rural rubes can get along after all.

And besides- the idea of someone in Indiana being gay isn’t quite so shocking anymore in 2020, especially since the town is very clearly a suburb and not a small town. I mean, In and Out, another movie about famous celebrities descending on Indiana in connection with somebody coming out as gay, was released almost 25 years ago.

There’s another movie inside The Prom that’s a lot more interesting- the high school part. Murphy co-created Glee, of course, and this is another story about a Midwestern high school where there’s lots of singing. I cared way more about the story of Emma and her girlfriend ( Ariana DeBose), than I did about anything involving the Broadway stars. Jo Ellen Pellman was a great find, as were most of the other teenaged performers.

It’s a shame about the songs though. Written by  Chad Beguelin and Bob Martin, there are just so many of them- 19!- and most of them are relatively forgettable. It also doesn’t help that many of them are homages/knockoffs of Broadway standards; much as I enjoyed Kidman’s aging showgirl routine, her big number is just a direct lift from Chicago.

This is also one of those musicals that have about 30 minutes of plot, but drags on well past the two-hour mark, mostly because of the length of the musical numbers.

Sure, the sets are gorgeous, whether in the Broadway opener are in the two different Prom scenes. And much like on Murphy’s wildly misconceived TV series Hollywood, from earlier this year, the production design is better than most other aspects of the production.

But when it comes to The Prom, my biggest question is, while so much of the classic Broadway musical canon remains unadapted, why this?