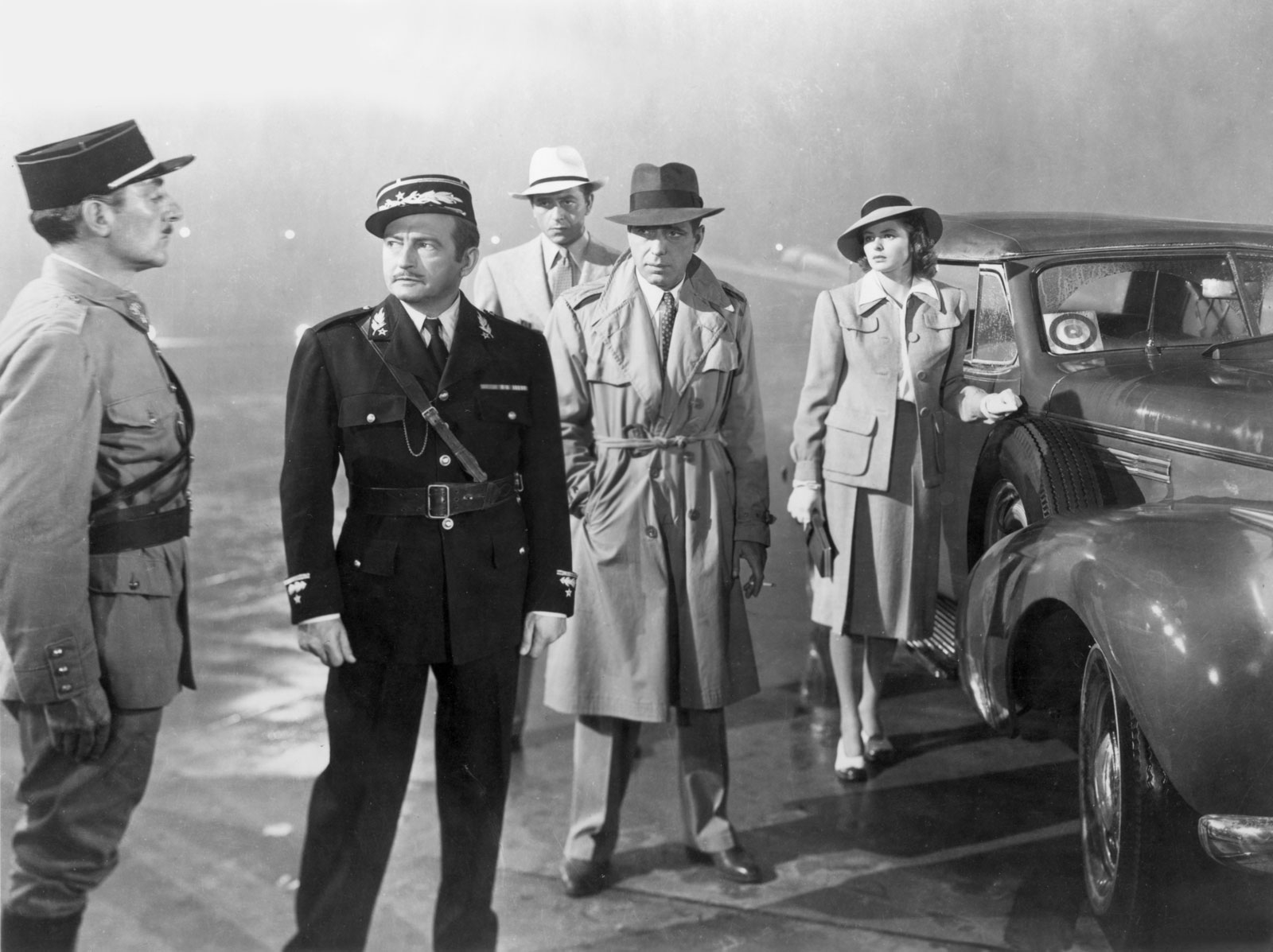 If I may, I’d like to quote from Entertainment Weekly’s review of the 70th-anniversary Blu-ray release of Casablanca (1942). According to Chris Nashawaty’s piece, when the script arrived at Warner Bros. in December of 1941 “…there wasn’t an ending yet…the movie was just one of 50 in Warner’s crowded pipeline at the time…The reliably bland Ronald Reagan was considered for the lead, then George Raft, with ‘Oomph Girl’ Ann Sheridan floated as love interest. In other words, this forgettable little project carried all the telltale signs of becoming just another disposable feature that would run for a few weeks and then be swept away like the stray popcorn kernels and Lucky Strike butts littering theater floors.”

As we all know, that’s not exactly how it played out.

My point being that classic movies don’t always come about because someone sits down and says, “We’re making this one for the ages!” As often as not, cinematic greatness is a happy accident.

But what is it – what are the elements, the components – that turn a movie from a fun day at the matinee into an evergreen still being saluted, still moving audiences decades later? What makes a classic, a classic?

In the last few years, I’ve been lucky enough to teach some college basic film appreciation courses, and it’s become clear to me that cinematic classicism isn’t always apparent to the untrained eye. I cannot tell you how many young people look at Citizen Kane (1941) and have declared it “Boooorrrrriiiiinnnnnng!” Does that mean that, as the years go by, Kane is losing its fizz? Or is movie-making greatness (or at least elements of it) sometimes an acquired taste? In the same way that the palate has to be “taught” what to look for in a fine wine (“This is supposed to be good wine? It tastes like furniture varnish!”), do we have to train the eye, the ear, the sensibility to appreciate true greatness?

Do we even understand what greatness is in a movie?

I recall a story I read some years ago in screenwriting e-zine Hollywoodlitsales News in which author Eva Peel claimed “plots have improved” because contemporary movies “…have taken to cramming 20-30% more plot beats into two hours…than your average action movie or thriller made before 1990.” Ms. Peel then went on to say that this made Enemy of the State (1998) a “better” movie than Francis Ford Coppola’s essay on paranoia, The Conversation (1974), and the glitzy but empty 1999 remake of The Thomas Crown Affair better than the 1968 character-driven original. In other words, thrillers were better because they were faster and had more action in them. So, Speed (1994) is a better movie than, oh, say Out of the Past (1947), The Third Man (1949), Rear Window (1954), The French Connection (1971).

And for some slices of audience – the Citizen-Kane-is-boring crew — I think that’s true.

So, then, does a movie lose its greatness because it no longer meets the demands of a new audience sensibility? Is Citizen Kane less the classic it’s always acknowledged to be because more and more people find it a bit of a slog? Is Casablanca no longer one of the all-time great Hollywood movie romances because most of us no longer appreciate its wartime context and sense of self-sacrifice? Or because 40s-style screen acting might seem a bit arch by today’s standards? Or because – this is for you, Eva – it has so few plot beats?

That also brings up the question of, Have we gotten a little intellectually lazy? Edgar Chaput wrote a post on the 1954 Godzilla and how the movie still worked for him. Edgar, bless him, was able to extend his mind’s eye to see the movie the way it must have hit an audience in 1954. But if a contemporary audience can’t get past the guy-in-a-rubber-suit creature and Lego cities the Big Guy stomps and sets afire, does that make the movie bad? Does that make Edgar crazy? The 1998 remake had countless more beats and infinitely better special effects, yet even the most indiscriminate viewers agreed the movie totally, completely, and comprehensively sucked.

What is it we respond to that makes us consider a movie great? Is it purely its ability to entertain year after year? It’s 37 years later, and damned if Jaws still doesn’t perform its gut-wrenching suspense magic, and, even older, The Godfather (1972)is still one of the most quoted movies in pop culture (“I’m gonna make him an offer he can’t refuse”; “Take the cannoli; leave the gun”; “It’s just business” et al).

But some movies considered “great” or “classic” are not particularly viscerally entertaining (a fancy way of saying they’re not “fun”). 2001: A Space Odyssey (1968) was never an easy watch, and The Godfather, Part II (1974), is longer, slower, and has a considerably lower body count than its predecessor. Yet many a cineaste would argue Part II is the better film of the two (although by Eva Peel’s gauge, not so much).

Is greatness as simple as, “I enjoyed it,” or can there be something less obvious at work? Has our movie-watching sensibility been so degraded by the monumental tonnage of crap that flows into the marketplace that we may no longer have the eyes to recognize vintage good work when we see it? Can something be good even if we don’t like it?

Mull that over while I load up my Casablanca DVD. Until you come up with an answer, here’s looking at you, kid.

10 Years Later: Never Let Me Go is a Noble Misfire

Bill Mesce, Jr. is the author of recently published The Rules of Screenwriting and Why You Should Break Them (McFarland) which not only includes more on his adventures with Sam Lupowitz and his other screenwriting experiences, but commentary from industry professionals like Goodfellas screenwriter Nicholas Pileggi, best-selling author and filmmaker Adriana Trigiani, AMC Networks CEO Josh Sapan, and others. You can find his work at the link below.