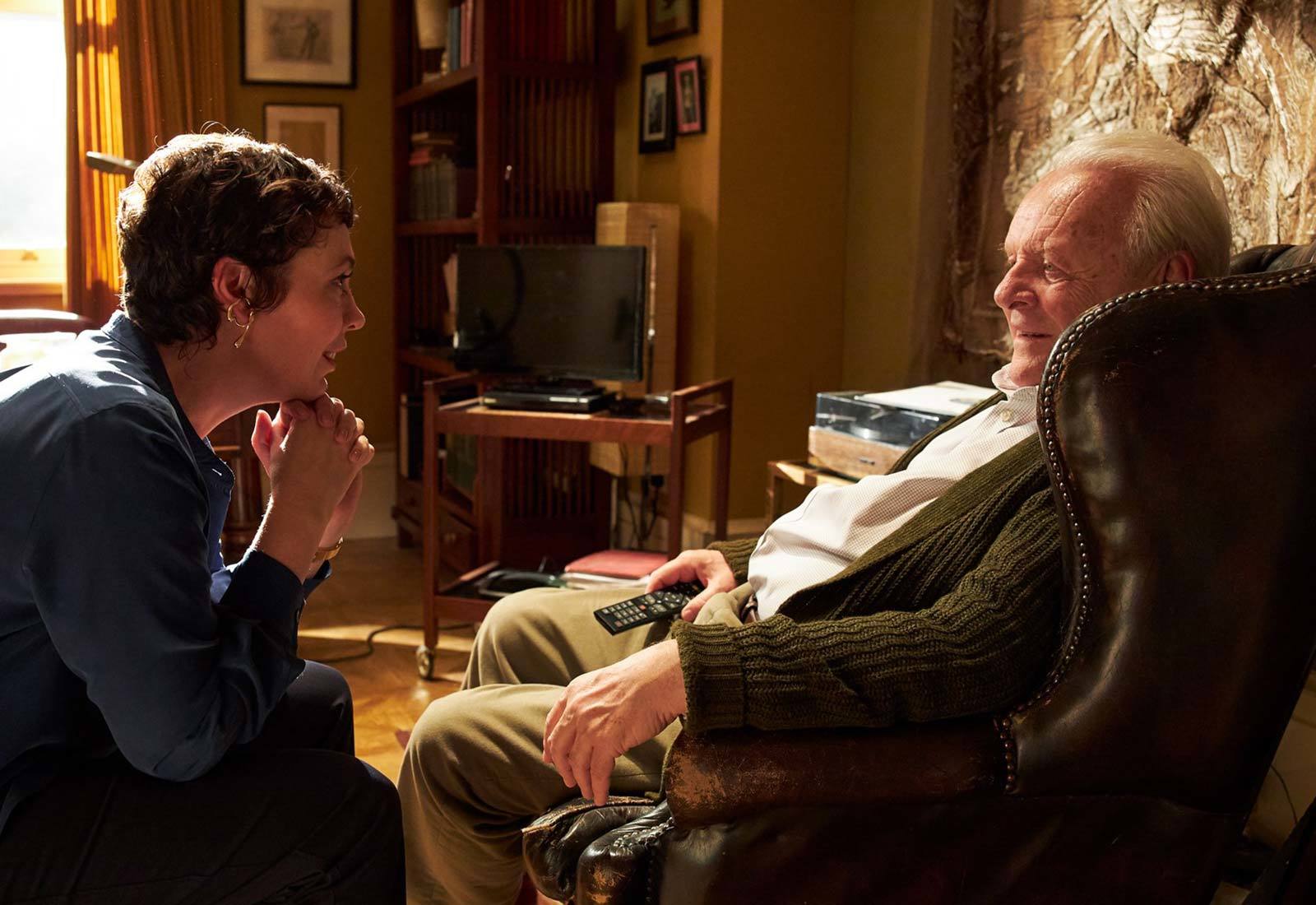 The first act of The Father is about as hallucinatory as a film set in an apartment can get without utilizing psychedelic visuals and actual drug use. Led by a performance from Anthony Hopkins that has to be up there as one of his best in a long-storied career of incredible performances, Florian Zeller’s feature directorial debut is a chilling look at the slide into dementia from multiple perspectives. Haunting in its subtle depictions of someone’s grasp on reality crumbling, The Father is an enriching, often difficult watch, made more powerful by its sparse setting and dizzying editing.

Adapted from Zeller’s 2012 play of the same name, The Father is primarily set in a single location as Anthony (Hopkins) struggles with his day-to-day life and attempts to convince his daughter, Anne (Olivia Colman), that he can care for himself. As people come and go through the apartment and everything he believes certain is pulled out from under him regularly, there’s a gradual recognition that something is wrong – either with those around him or with his own mind. That’s perhaps what helps this particular film stand out from others about old age and dementia – it plays out like a family drama meets psychological horror.

Masterfully edited by Yorgos Lamprinos to convey feelings of doubt and confusion, there’s an unnerving tension to every scene in The Father. Characters will be introduced only to have their entire identity questioned by Anthony, all while the camera sits uncomfortably on him as he struggles to understand what’s happening. There’s a perspective that is captured by Ben Smithard’s cinematography that feels more unsettling than some psychological horror films end up being. While confusing the audience in such a way would typically feel cheap and exploitative, it’s used here as a portal into the mind of Anthony; and whether the mind is sound or not, there’s an importance to viewing everything from his perspective.

The Father’s greatest attributes are how it lends itself to film over a play. I’m sure the performances themselves are great in the stage production, but here the camera is up close and personal with the actors. It cannot be stressed enough how great Hopkins is in almost every respect. Not only is the camera watching him intently trying to capture his confusion, but Hopkins has a range and expressiveness in all aspects of his performance that it’s very easy to sink into his character. On stage, this would be a great performance. In a film, it’s nuanced and amplified by the different filmmaking techniques.

There’s also a stunning amount of work into showing all parties involved and how they react to Anthony’s mental deterioration. Colman’s performance in The Father is also worth noting because of how much she adds with such a smaller role in comparison. As Anthony veers off into conversations that exemplify how severe his dementia is ramping up, Anne is constantly worried and there are so many moments where just seeing Anne react to Anthony is enough to convey her concerns. Then there’s the few side plots involving Anne’s husband and how he loathes the time Anne spends with her father, and the caretaker who tries to help but keep her bounds. It’s an extremely detailed look at the importance of support systems, attention, and expertise in trying to help those suffering from dementia.

Chamber dramas can often feel like they rely more heavily on the script than they do the medium itself. Where The Father is so genius is that it keeps itself isolated to a single environment so that audiences can become familiar with its nooks and crannies; then it throws them into the deep end by focusing on Anthony’s perspective as opposed to any other characters. The familiar is constantly being upended by the unfamiliar to create a feeling of discomfort and unease. This does cause issues down the road when the film is then trying to piece back together everything, but it largely lands, even if the ending comes off as a bit hokey.

All in all, The Father is one of the best depictions of dementia on film. It masterfully utilizes different filmmaking techniques to create an unnerving atmosphere that steps closer to a horror film with each new piece of information. Perhaps that is the best way to present such a difficult thing to go through, but also extremely important and helpful. Those who know the feeling of watching a loved one lose their grip on reality will likely find The Father to be an uncomfortable watch. It’s meticulously designed and expertly acted that it feels crucial for it to capture such a feeling with the intensity and nuance it does.

Cheap Thrills is a Nasty Piece of Work