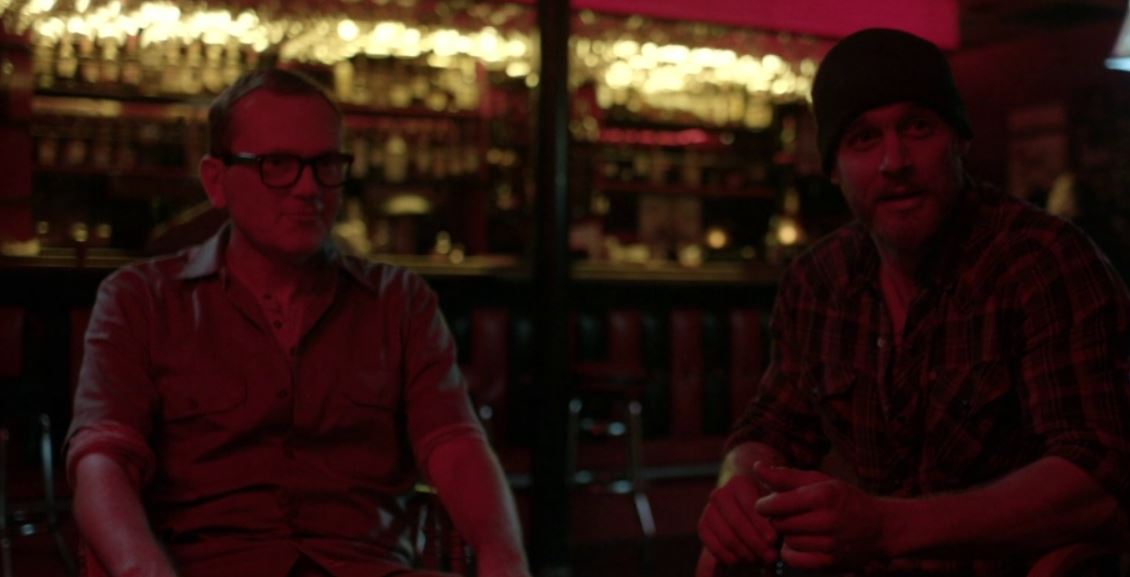 Made on a modest budget of £100,000 and shot in just under 2 weeks, EL Katz’ Cheap Thrills inverts the traditional notion of torture porn as a moral lesson inflicted on the sinner, instead depicting a morally reprehensible individual coaxing a vulnerable man into self-inflicted, nihilistic mutilation. One can easily borrow the director’s admission of a social class allegory and take the film to bluntly translate as “How far would you go to ensure the economic safety of your family?” But such questions form only a small part of the film’s warped vision of an unreachable American Dream; no man is an island, and the rules of dog-eat-dog dictate that, finally, somebody will be eaten to ensure the other’s survival. There’s not enough meat to feed everyone. Katz is interested in where to pinpoint the blame, and how our ingrained anxieties can be manipulated to turn the working class against one another and consequently obscure the real threat to prosperity.

Craig Daniels (Pat Healy) has been laid off from his job at the imperfect time, right when he faces eviction and has a wife and new-born baby to support. Enter the devil: David Koechner plays a subtly demonic force in obscenely wealthy Colin, who invites Craig and old school friend Vince (Ethan Embry) back to his apartment for a game of dares. The first to defecate on a doorstep receives a few grand. The first to cut off their pinky receives a dozen grand. Cheat on your wife for another dozen grand. And so on and so forth, as social anxieties relating to healthcare and faithfulness are exploited in the cruellest ways, beginning as farce and ending as tragedy. Katz doesn’t give us room to breathe; the apartment is undeniably lush and well lit, but the camera never roams or gives us any sense of its geography, choosing to stick itself to the agonised competitors and their tormentor.

The audience lapped up the various means of self-harm, with one particular gentleman shouting “Yeah, baby” at the culmination of each humiliation. As much as we would decry the ritual embarrassment of a working-class citizen by a sociopathic millionaire, we nevertheless have no problem in egging it on. Our point of sympathy is therefore not with Craig, but with games-master Colin. His sadistic voyeurism is ours to share, and that can be an uncomfortable thing to realize. So focused are we on reading the text as an indictment of its characters’ cruel treatment that we discount our own complicity. Aware of this point, one of the festival organizers referred to Katz’ film as resembling a Michael Haneke film, though it’s hard to see the similarities. Katz’s film is nowhere near as cold and clinical as, say, Funny Games, nor does it openly wag its finger at the audience. It pointedly refuses to have us aware of who we unwittingly side within the grand scheme of the narrative – that’s something with which we’re left to come to terms.

TIFF 2020: The Father is a Hallucinatory Look at Dementia