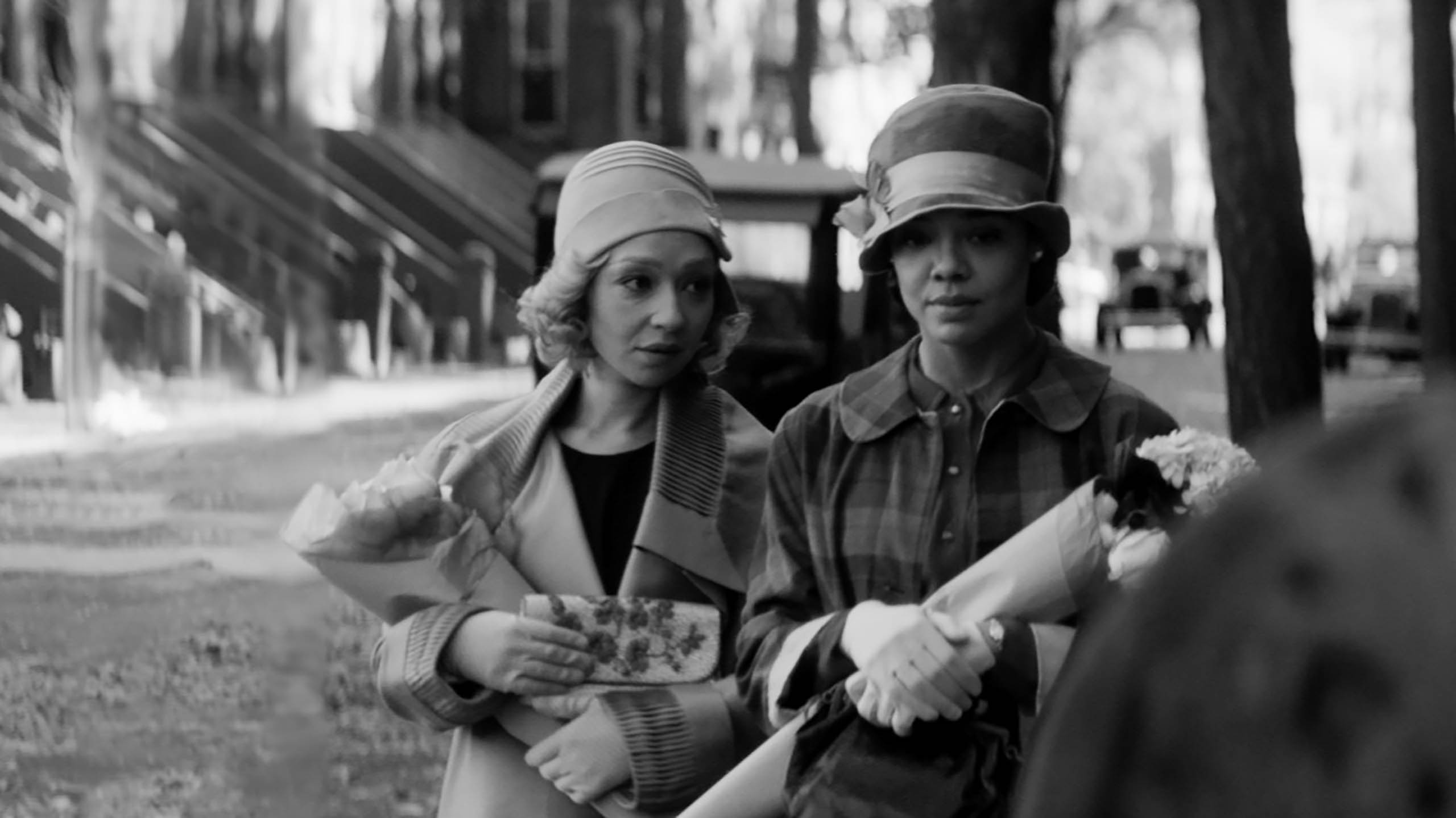 Adapted from a nearly 100-year-old novel by Nella Larsen, the 2021 Sundance premiere Passing is the directorial debut of actress Rebecca Hall, which concerns the friendship between a pair of biracial women, played by Tessa Thompson and Ruth Negga, who were friends as children and reconnect as adults.

Hall reportedly took up the project, after learning that her maternal grandfather was Black but had passed as white for much of his life.

It’s an absolutely gorgeously rendered film, shot in black and white by cinematographer Eduard Grau in such a way that it’s itself a commentary on the subject matter, while Passing is also one of several 2021 Sundance films to utilize the 4:3 aspect ratio. Both actresses are characteristically excellent, and the film explores issues not previously dealt with much in the movies. But despite all of those positive elements, Passing is hurt by moving extremely slowly, especially in its first half.

The film, based on a 1929 novel with a queer subtext that theorists have been chewing on for decades, is the story of old friends Irene and Claire. Both are biracial and light-skinned, but their lives have taken different turns.

Irene is living in New York, at the time of the Harlem Renaissance, and is married to a Black man (Andre Holland) and his two children. Claire, though, is married to a huge racist (Alexander Skarsgård) who has no idea of his wife’s heritage (hence the “passing” of the title.)

Ruth Negga starred in 2016’s Loving, a fantastic film about the couple that sued in order to accomplish the legalization of interracial marriage in the United States. Negga was great in that film and was even nominated for an Oscar, but for some reason, it didn’t result in much work for the actress, with her only movie credits in the years since a spot in the Warcraft movie, and a blink-and-you’ll-miss-it part in the Brad Pitt space film Ad Astra. She gets a big showy part here and makes the most of it, lending great emotion to the part.

Thompson, on the other hand, has been much more active in recent years, in projects as different as Creed, Sorry to Bother You, Sylvie’s Love, and Thor: Ragnorak, and she too nails a tricky role. And Skarsgård somehow has found a way to play a more loathsome husband than the one from Big Little Lies– and there’s even something of a rhyme in the fates of both men.

Passing is poignant, beautiful, well-acted, and tragic, and suggests great promise for Rebecca Hall as a director. It’s just a little too inert to reach its full potential.

Sundance 2021: On The Count of Three Follows Two Friends in a Suicide Pact