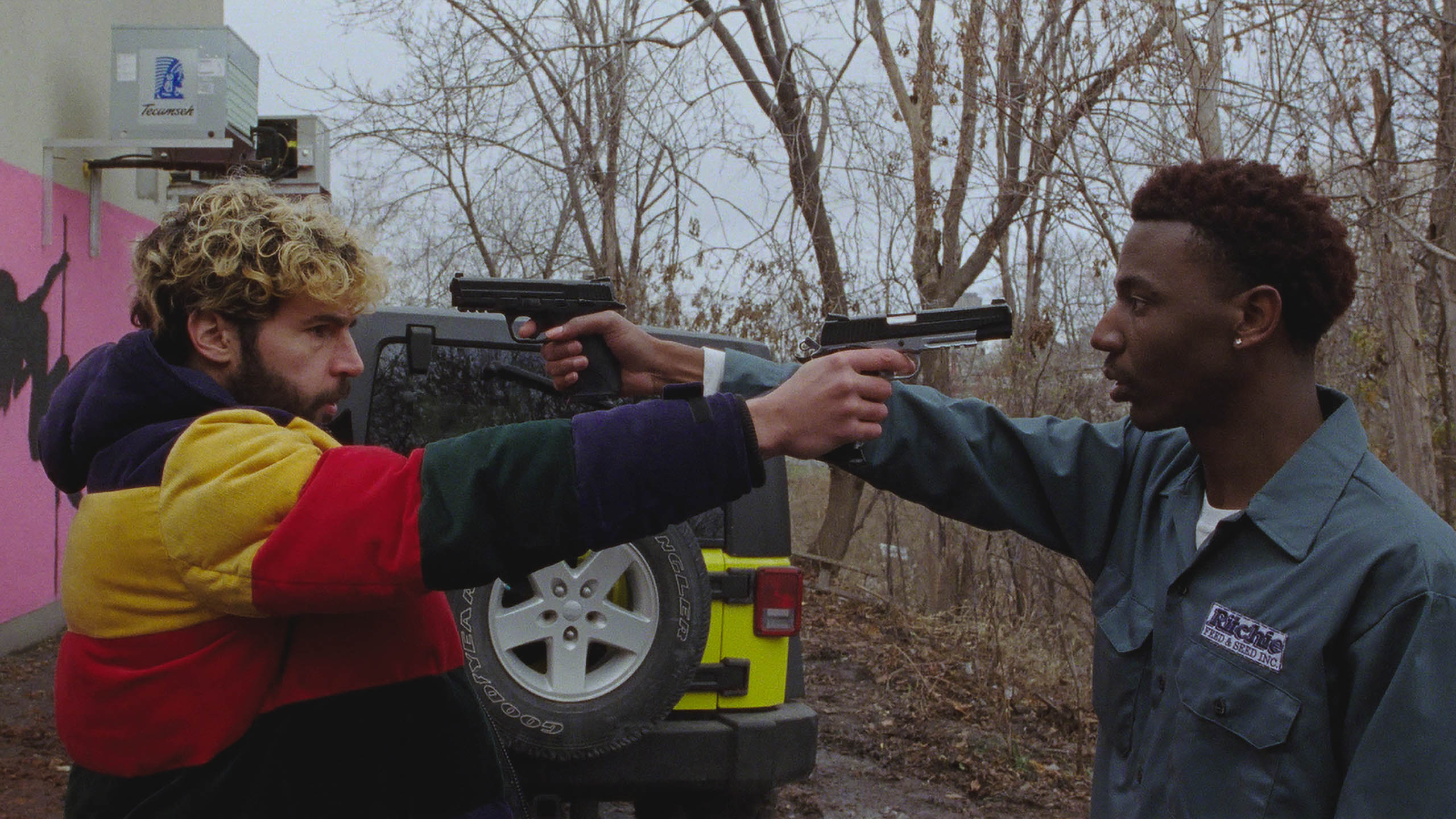 Jerrod Carmichael’s On The Count of Three is a darkly comedic examination of two lifelong friends who feel they have nothing left to live for and live the day like it’ll be their last – at least that’s the plan. With a bromance that is immediately palpable through the two lead actors’ chemistry and deft handling of sensitive material, Carmichael’s feature directorial debut is hilarious and just emotional enough to pack a punch. It’s a day-in-the-life film that demonstrates the power of friendship in the face of hopelessness.

Val (Carmichael) has just quit his dead-end job and sprung his lifelong friend, Kevin (Christopher Abbott), out of an institution after being put there from a botched suicide attempt. However, when Val reveals to him that he feels life has nothing worth living for and wants to form a suicide pact and have them both kill each other, Kevin hesitates, asking for one last day to celebrate life before they pull the trigger. What proceeds is a buddy comedy that lightly wrestles with suicide, but more aptly looks to each other to see how the two have made it this far thanks to one another.

Written by Ari Katcher and Ryan Welch – two-thirds of the creators behind the television show Ramy – there’s an undeniable consistency between the writing in this and that show. It’s the same kind of extremely dark humor that makes Katcher and Welch the perfect duo to tackle subject matter such as suicide in such a light, comedic way. The movie, fortunately, doesn’t go the generic route that there’s always a reason to live, instead approaching the support systems that the characters have which keep them happy.

The problems with the screenplay more wind up with the lack of nuance in the topic itself. Val springs Kevin from an institution only to ask for them to both commit suicide together. It’s slightly touching but when the film is also trying to make Val into someone caring and reminds both characters on multiple occasions of past events they’ve helped each other out of, it’s a bit much to make that initial leap. However, On The Count of Three spends an entire day watching these two friends get into and out of trouble, confronting the potential reasons they have wound up on the verge of suicide, which ends up being a powerful throughline of the film.

It is absolutely impossible to not talk about Abbott and Carmichael’s chemistry in the film. The two bounce off each other like best buds, ribbing each other for moments past, and always having each other’s back. The comedic timing between the two is exceptional and just seeing them embody these characters so effortlessly is tremendous. Abbott in particular can even sell his character crying through “Last Resort” by Papa Roach. It’s more performative than Carmichael’s subdued acting but the two play really well against one another.

On The Count of Three breezes by with plenty of humorous and touching moments. There are little subversions along the way but it’s still a mostly predictable arc for each character that does end up feeling justified. The topic of suicide, let alone double suicide, is difficult enough to approach. That Carmichael and crew made a movie that is funny and doesn’t treat the subject like a punchline is both admirable and impressive. The screenplay could have used a little more nuance around the subject, however, it’s still a fun, endearing script that captures the importance of support systems in our times of need.