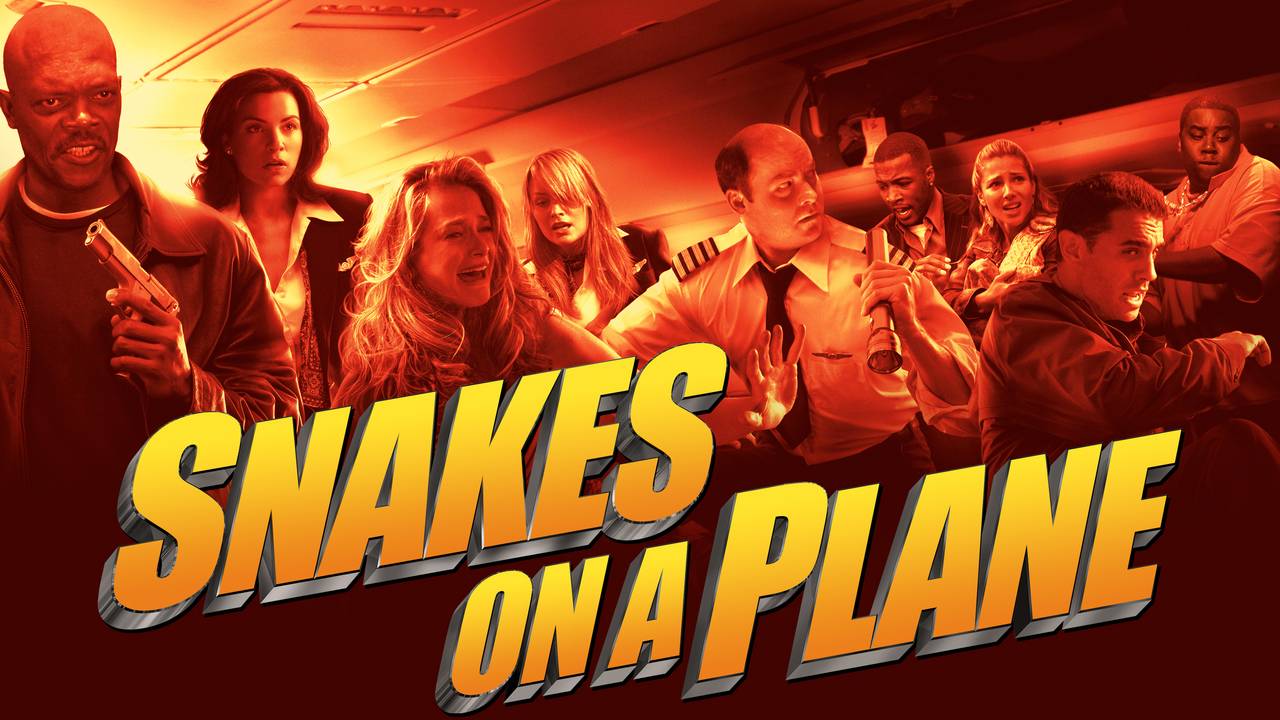 15 years later: Snakes On A Plane

The summer of 2016, 15 years ago, was the summer of Snakes on a Plane. It was perhaps the purest high-concept action-adventure movie in history, one of the few in which the four-word title conveyed not only what the movie was about, but its general tone.

The film, directed by David R. Ellis and written by John Heffernan and Sebastian Gutierrez, was shot the year before and meant to be about exactly what it sounds like: There’s a plane, with snakes on it, and Samuel L. Jackson has to come up with some plan to land the plane safely.

So that was the movie. But some time before it was released, the Internet got ahold of the idea and turned it into a meme-based phenomenon- one of the first, in fact. The hype got so out of control that the filmmakers went back and did reshoots, most notably adding a clip of Jackson yelling about “these motherfucking snakes on this motherfucking plane.” The memeing so overtook the film itself that the filmmakers even recut and reshot the film to make it R-rated, including such touches as snakes biting a couple while they have sex in an airplane bathroom.

Sit back. Relax. Enjoy the fright.

Then the movie came out that August, it was a box office disappointment, and the phenomenon pretty much ended then and there. There was never a sequel, depriving the world of Snakes on a Bus or Snakes on a Boat, and most people have had no occasion to think about Snakes on a Plane at any point since 2006 (it is currently streaming on HBO Max.)

With the film celebrating its 15th anniversary this week, I gave it another look. It’s still not an especially good movie- it’s just a mediocre procedural/thriller, with the addition of snakes, and there are much better movies about mob murders, about plane hijackings, and about snakes, and featuring Samuel L. Jackson yelling the word “motherfucker.” But its over-the-top silliness does retain some laughs.

In case you don’t remember the more elaborate version of the setup: The witness to a mob murder (Nathan Philips) is being escorted on a plane, a transport that inexplicably happens on a crowded commercial flight. Rather than kill him in any other, more straightforward method, the gangsters responsible for the murder decide to booby-trap his plane with hundreds of venomous snakes.

Jackson plays Neville Flynn, an FBI agent protecting the witness, and who later must protect a planeload full of people from snakes.

There’s a lot about the movie that’s downright bad. The bulk of the snake CGI is ridiculous-looking to modern-day eyes. The final action maneuver defies all laws of physics. A news report says the gangster “issued a statement of condolence,” which isn’t exactly normal gangster behavior. And the gangster hijacking a plane with snakes, and likely killing everyone aboard, would presumably draw a lot more attention, and get him in even more trouble, than one measly murder.

Also, the bit involving constant gay jokes about a male flight attendant was pretty questionable even back then. And the parody of Paris Hilton (Rachel Blanchard) is more stuck in 2006 than anything else in the movie.

Most of what’s good about the movie is Samuel L. Jackson. I still laugh all these years later when I think of him shouting “we have to put a barrier between us and the snakes!” Even so, the film doesn’t go even in the upper half of the more than 100 movies SLJ has starred in throughout his career.

More than anything else, the saga of Snakes on a Plane shows that the hype machine of the Internet has its limits.

Annette Is the Fascinating Child of Intriguing Auteurs

Glasshouse Explores Innocence and Memory Against a Post-Pandemic Backdrop