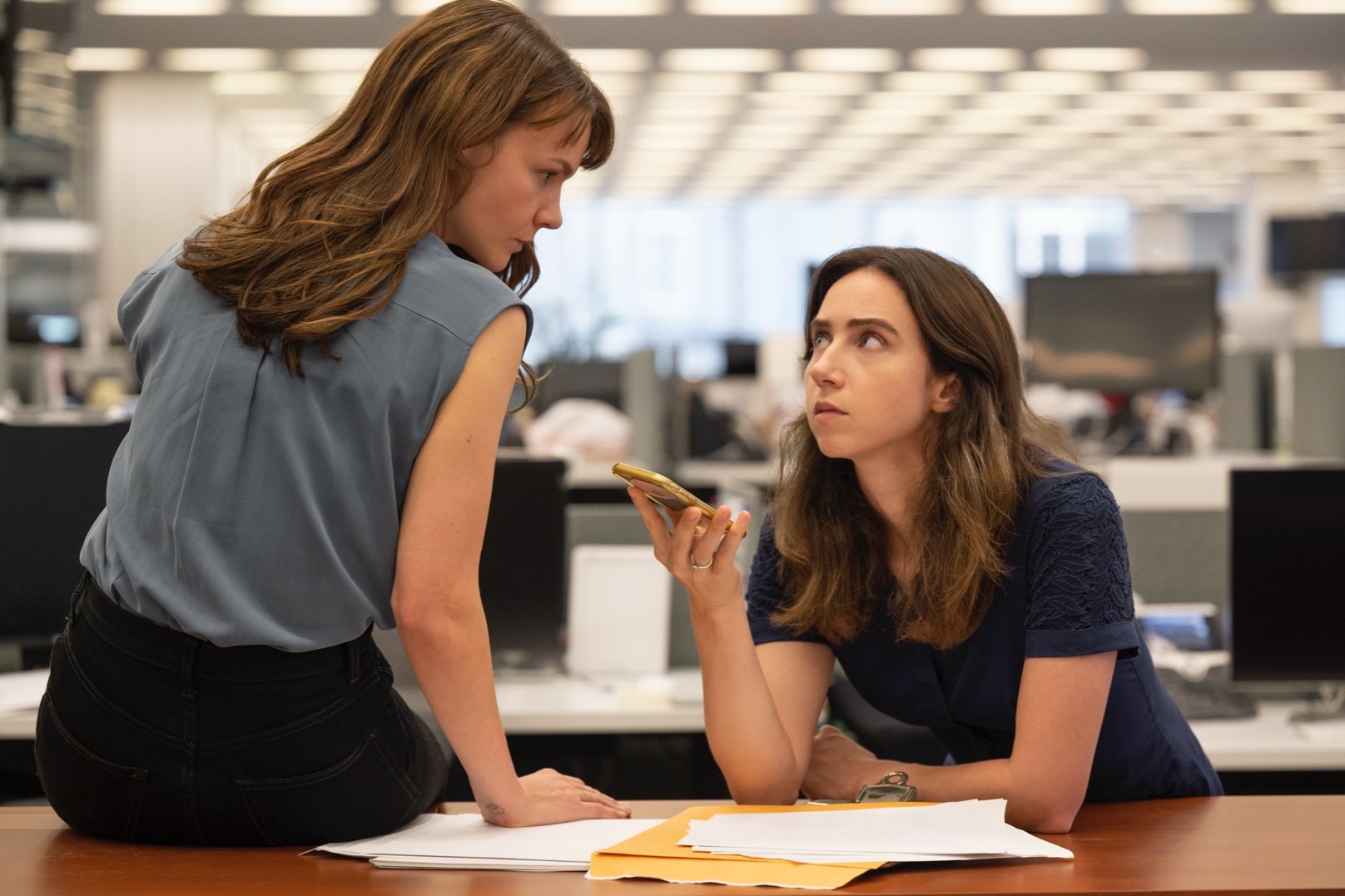 The greatest investigative procedurals don’t seek to sensationalize their subject matter, but to present it in exacting detail, as to how it (mostly) happened, unearthing raw thrills from the harrowing truths, revelations, and quandaries it presents for our society. At the same time, they work as great films in themselves, with memorable characters, camerawork, and commentary that stands the test of time. Take the genre-cementing All the President’s Men (1976) or even David Fincher’s stylistic, insultingly cool Zodiac (2007).

These are films that not only rigorously navigate, observe, and explore their tales of paranoia, corruption, and murder but are experiences we return to for their sheer cinematic, technical bravura. Who could forget when Bob Woodward (Robert Redford, in All the President’s Men) first met “Deep Throat” in that shadowy, murky parking lot or when Arthur Leigh Allen (John Carroll Lynch) chillingly declared “I’m not the Zodiac”? While being stellar journalistic examinations, these stories always justified themselves as being great cinema first and foremost.

Now comes Maria Schrader’s She Said, another entry in the procedural canon which hopes to be a testament to the immeasurable importance of investigative journalism. While deft in its handling of the implications of such relentless pursuit of the truth, it never quite justifies its existence as a piece of cinematic entertainment, ultimately failing to be a memorable experience. As such, this powerful “true” story’s fictionalization only serves to dilute its staying power.

Carey Mulligan and Zoe Kazan star as New York Times reporters Megan Twohey and Jodi Kantor, who together broke Harvey Weinstein’s numerous cases of sexual abuse, effectively creating the “Me Too” movement and propelling a shift in American culture that persists to this day. Twohey and Kantor struggle to shatter the decades of silence around the systemic sexual assault in Hollywood, as the mountain of non-disclosure agreements and power imbalances begin to threaten not only the truth but the victims who’ve been denied justice all this time.

Schrader approaches the story with a raw, realistic fervor that solely pays attention to the grueling facts of the case, as there is a clear sense of emotional detachment that pervades the film. This gives immense force to the agonizing revelations and twists, as Schrader and company wisely understand that the story is already very powerful, and in this, thankfully avoid the self-congratulatory nature of many similar Hollywood outings.

Yet, for all this commitment to realism and authenticity, It’s markedly over-polished and woefully under-directed. There is a distinct lack of grittiness and technical skill, as many scenes are shot in the same lukewarm, overly lit style, rendering many of the film’s deeply talky segments utterly dry. After the millionth, almost identically framed shot or composition, the film’s stark emotional resonance begins to quickly wane, diluting its ambitions as a cutthroat and revelatory look at the vital impact of investigative journalism.

Moreover, the two leads are also thinly written and realized characters, fitting the archetypal, strong-headed but vulnerable journalist too closely, effectively becoming hollower versions of Bob Woodward and Carl Bernstein at their best. While Mulligan and Kazan bring forward strong performances, especially when they squeeze answers from prospective informants, there is little they can do to give them a third dimension. The supporting cast doesn’t fare any better, with the likes of Patricia Clarkson, Andre Braugher, and Jennifer Ehle trying their best to humanize walking tropes.

The screenplay, penned by Rebecca Lenkiewicz, also emboldens these issues with some clunky, unintentionally funny dialogue. When characters express their disillusionment and frustration with lines like “I’m staring at a brick wall and all I can think is f–k”, it’s no surprise that laughs take the space of thrilled gasps. Couple this with a rote score that undermines each shocking turn with a tired musical sting, and you have a film that truly shoots itself in the foot on a technical level.

She Said is strongest in its quieter moments of probing conversation, where the truth is slowly and methodically extracted from people who are both unwilling to share and compelled not to. But those moments are too few and far between, with the more filmic and sonic prods at emotion dragging the experience down. This begs the question of whether this story would be better served as a documentary, as it even features stills of empty hallways with actual audio clips—which, often, are far more impactful than its dramatized investigation.

While the film adeptly touches on the deafening silence with which sexual assault and harassment operate, its lack of style and technical prowess hinders the breadth and depth of emotion it seeks to attain. Though a truly necessary story, She Said makes a better case for its existence as non-fiction rather than a Hollywood production.

Bad Axe is the Best Documentary About 2020 Yet