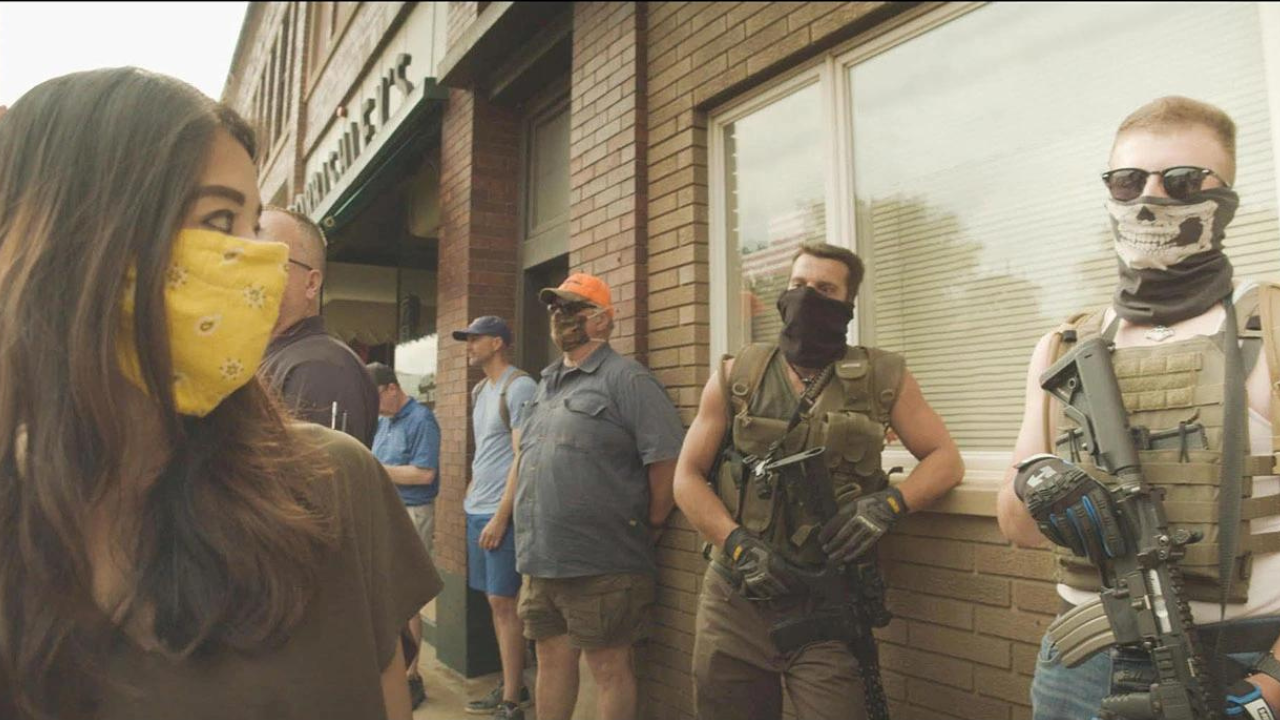 The events of 2020, especially the lockdown period of the pandemic, and later the unrest that followed the killing of George Floyd, have been much-examined by documentary filmmakers in the last two years. Some of these films have come at the material more successfully than others, but few have been truly special and had something new and profound to say.

Bad Axe, debut filmmaker David Siev’s film about his family in the titular Michigan small town, is the best of those films to date. It tells such an American story and does so in a beautiful and humane way. Arriving this week in theaters and on VOD, this is one of the best documentaries of the year.

David Siev moved back to his hometown in the early days of the pandemic and began filming his Cambodian-American and Mexican-American family, who operate a restaurant called Rachel’s in the titular Michigan city. The parents are Chun and Rachel, while Siev’s sisters are Jaclyn and Raquel (yes, there’s both a Rachel and a Raquel).

We see them wrestling with Covid restrictions, unmasked diners, and local racists while questioning whether they can keep the place open.

The film also digs into the backstory of Chun, who fled the Cambodian genocide in the 1970s, and speaks, haltingly but eloquently, about what that experience taught him about how to see the world.

Later in the year, when Floyd is killed, it sets off even more tension, with actual Nazis showing up at a Black Lives Matter protest. And in the tradition of Buzz Bissinger when he went to West Texas to write Friday Night Lights, we begin to hear from some citizens of Bad Axe who aren’t so happy that their town is being depicted by a piece of mass media as a racist cesspool.

The depiction of the town really shows the lie of so much red state/blue state analysis, as this tiny town in a “red” part of Michigan contains such multitudes.

The film ends on a joyful note, with some happy news about both the family and electoral varieties.

A South by Southwest premiere this spring, Bad Axe won the Critics Choice Documentary Award last week for Best First Documentary Feature. It was a deserved honor for a truly wonderful film.