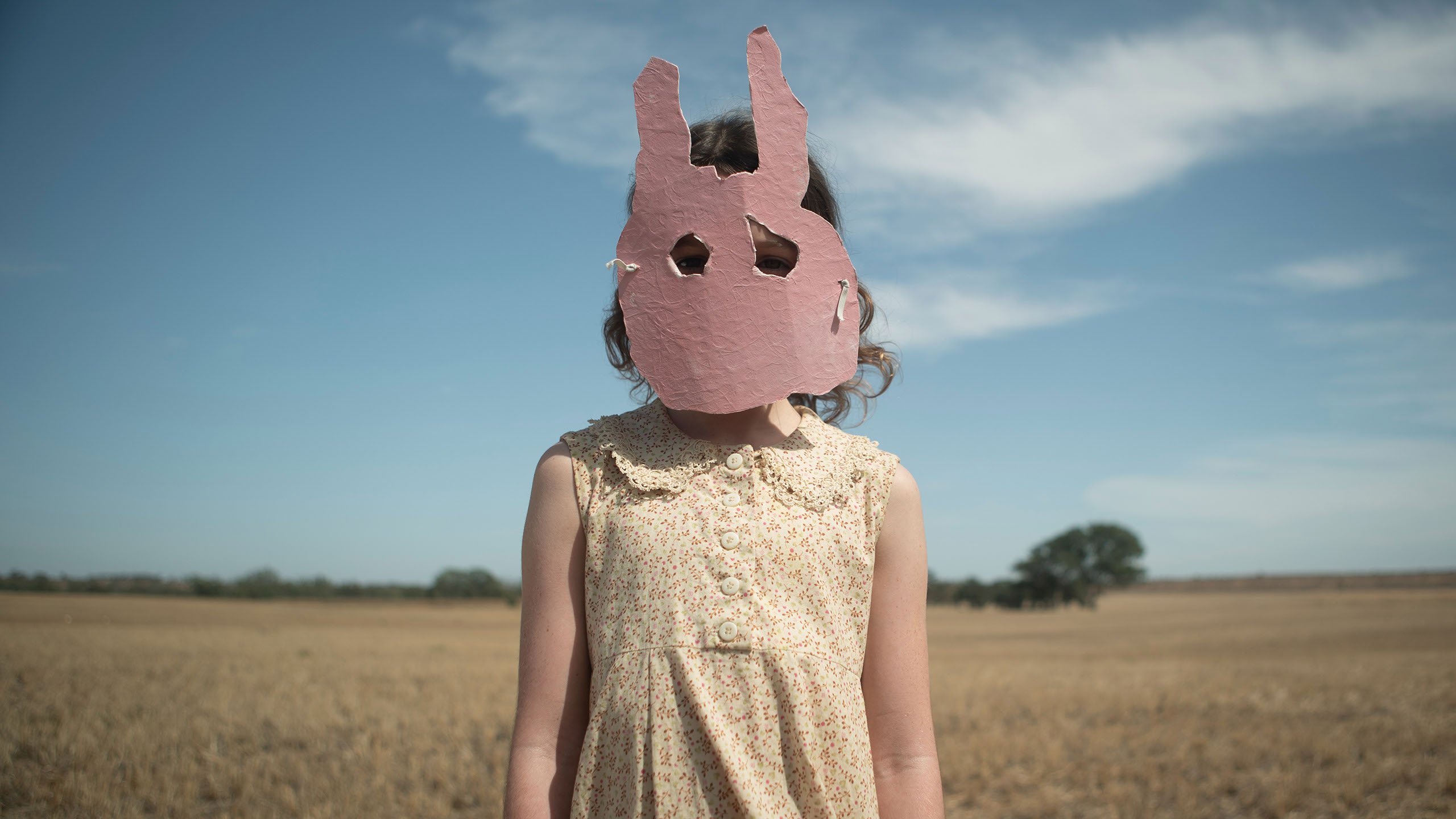 Despite its creepy imagery and a knockout performance from Sarah Snook, Run Rabbit Run is the kind of horror film that mistakes atmosphere as a suitable replacement for tension. It’s a common pitfall for horror, often sacrificing narrative in exchange for shadowy vibes. That’s not quite the case here, though, as Daina Reid’s feature-length directorial debut has a very straightforward narrative once it lets on to what it is. However, it holds cards close to the chest and leans on its stellar actors to carry the film to its obvious and uninspired conclusion.

Reid cut her teeth in television before pivoting to film, having worked on shows like The Handmaid’s Tale and The Outsider. She’s no stranger to the esoteric and the bleak, so her feature-length debut is a fitting match, especially with fellow Australian Hannah Kent’s debut screenplay that evokes similar tones to her novels. It’s a strong wind-up for the pitch of Run Rabbit Run, but it’s evident in its dedication to the mystery that the film is treading in an atmosphere more than it is the story.

It’s Mia’s (Lily LaTorre) seventh birthday when she suddenly finds a rabbit has wandered into their yard. Naturally, she wants to keep it. Hesitant to her daughter’s request, Sarah (Snook) gives in. As the party continues, Sarah becomes taken aback by her ex-husband’s admission that he and his current wife are trying to have a baby. This decision goes against her wish to only have a single child (she’s not the one having the child, but that’s the same confusion that her ex-husband has). Why she doesn’t want Mia to have a brother or sister is kept secret – a recurring trait in Kent’s screenplay as Sarah seems to have walled herself into grief that is unknown to the audience and everyone else. It probably has something to do with her sister having gone missing when she was younger.

Meanwhile, the stress is piling up after Mia’s birthday as she’s donned a creepy rabbit-shaped mask with just the eyes punched out that she refuses to take off, even in the face of her mother’s aggressive disdain for it. Sarah’s also getting calls from a long-term care facility where her estranged mother is being taken care of, out of sight and out of mind, while her dementia worsens. However, her father’s recent passing has forced her to take on the payments for her mother’s care, and Mia is getting increasingly more stubborn in her desire to see her grandmother. It’s evident from the first act that Sarah is a powder keg waiting to explode.

The narrative never seems to gain momentum, instead layering on cryptic remarks from Sarah and Mia as the latter begins acting stranger and stranger. Their relationship becomes strained by the burden Sarah has put on herself by refusing to open up about her past, to the point where she has an entire room filled with boxes of photographs she doesn’t want her daughter to see. It’s painfully apparent how much the screenplay wants to torture Sarah with her grief, and the eventual reveal happens so late in Run Rabbit Run that there’s no time for it to sink in or breathe. There’s no resolution; it’s just an answer. What it ultimately means for the characters and their relationships is irrelevant.

However, it provides Snook with a character that she can live in and flex her abilities as an actor. Her performance keeps everything together and lets the pain permeate every action of her character. Tortured by her past, but one that the audience has no idea about other than it must not have been great, Snook runs with what she’s dealt, and every scene ends up designed around the trauma she’s visibly carrying. The muted colors and isolated character underscore a performance rife with anguish. Sparring with her child co-star, Snook and LaTorre take scenes that would otherwise drag and at least give them some life.

Run Rabbit Run is a case of too little too late, though, as it struggles to be haunting while also being compelling, making its ending more of an exposition dump than it’s supposed to be. It’s the fact that it shrouds itself in mystery and retains this enigmatic background for its central character, who consistently and frequently refuses to engage with meaningful questions from her daughter, that ends up causing Reid’s film to suffer as a whole. A film must give its audience something, but Run Rabbit Run makes the unfortunate decision to stick to its philosophy of less is more. As a result, everything suffers, and there is no real catharsis for the audience or the characters.

Motherhood and Science Clash in Birth/Rebirth