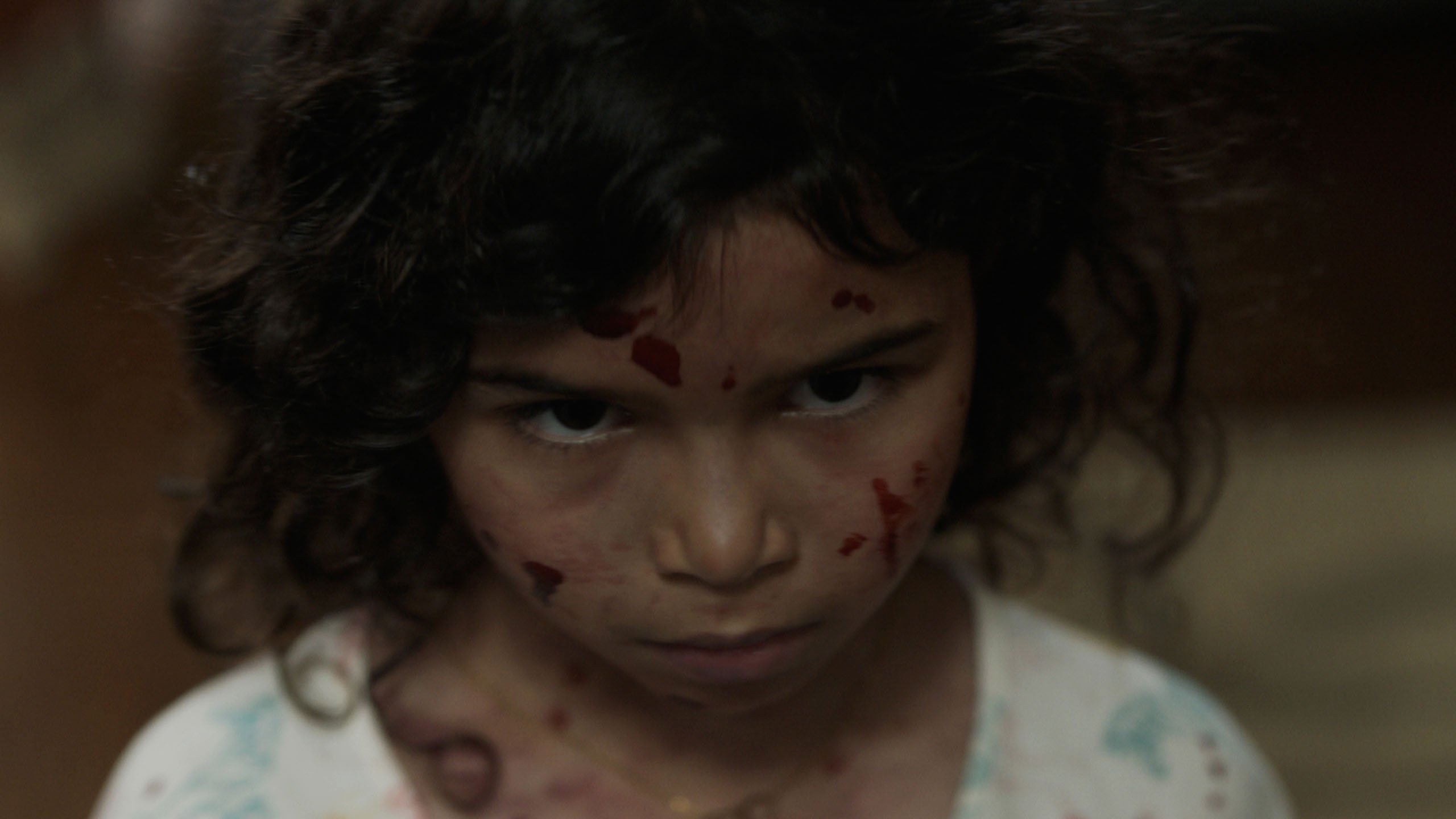 Laura Moss’s feature directorial debut, birth/rebirth, is a surprisingly humorous spin on the novel concept of reanimating the dead. Where films like Re-animator and Frankenstein see science as the driving force to resurrect the deceased, Moss and co-writer Brendan J. O’Brien tinker with the motivations and put emotion and grief as the catalyst for a descent into the morbid. Though rich with subtext, birth/rebirth struggles to advance its ideas even as its narrative forces the characters to confront the lengths they will go to to keep their reasons to live alive.

Celie (Judy Reyes) is a single mother working as a maternity nurse while trying to take care of her six-year-old daughter, Lila (A.J. Lister). Mentally and physically exhausted, she depends on the help of others to raise Lila while also putting food on the table. Unfortunately, a tragic accident befalls Lila while Celie is working, and her daughter’s body is processed and run through the morgue’s system before she can even see her one last time. The efficiency and work ethic of the morgue technician, Rose (Marin Ireland), are unparalleled. However, when Lila’s body seems lost by the state, Celie’s desire to speak to the last person to see the body brings her face-to-face with Rose and a life-altering experiment.

Bringing the dead back to life is nothing new in horror, as the titles mentioned above and hundreds of others have explored the fascination with death only being a roadblock. They almost always center around the scientific pursuit of new frontiers as the motivating factor to push against nature’s design. In the case of birth/rebirth, though, it interrogates two motivators: science and grief. It’s not as clean-cut as one character representing a single motivation. Still, Celie and Rose take turns in attempting the impossible when Celie discovers her daughter lying in a hospital bed inside Rose’s apartment.

The sight is enough to destroy any mother, but the hope Rose has now brought to Celie’s life incites a partnership where the two negotiate what they’re willing to do to keep Lila alive. That relationship is the cornerstone of Moss and O’Brien’s screenplay as Rose fully understands the science of what needs to be done, and Celie is driven by the love for her daughter and the potential to be with her one more day. It is a fascinating schism that forms, with two people taking on the role of parents and God, capable of bringing life back into the world but focused purely on a single life.

It’s through Reyes and Ireland’s chemistry that everything falls so neatly in place. Ireland’s comedic deadpan demeanor in the face of morbid situations leads to hilarious sequences that make the film’s gnarlier medical body horror easier to stomach. Placed up against the sensitive and caring performance from Reyes, the two play off each other in a good cop/bad cop manner that is consistently delightful. The blood, dim lighting and photography, and haunting score are what keep the horror flowing against the lighter touches to the subject.

That levity also keeps the film’s plunge into darkness at a distance, though. Birth/rebirth eventually introduces wrinkles to the smooth operation that Rose has been running and drives the characters to some dark places to ensure Lila’s survival. However, the film itself never seems keen on leaning into the painful acts that need to be done, even when narratively, it turns into a singular journey into motherhood’s power over rational thinking. The depravity that the story wants to head toward is not the same as the tone that the film evokes. Even in its liberal use of body horror, it’s never as nasty as it is clinical. That’s the gentle touch of a mother, though, and it is somewhat comforting to know that even when there’s danger, it will always feel slightly removed.

The fantastic performances from Reyes and Ireland and how well their characters’ differing perspectives mesh makes birth/rebirth a genuinely touching spin on the Frankenstein concept. Though its depictions of medical violence appear at arm’s length from the characters, Moss always retains the humanity of everyone involved. The performances’ potency and the screenplay’s wittiness breathe some life into a tired formula as it tries to navigate the tumultuous relationship between science and morality.

Run Rabbit Run Suffers in a Shroud of Secrecy