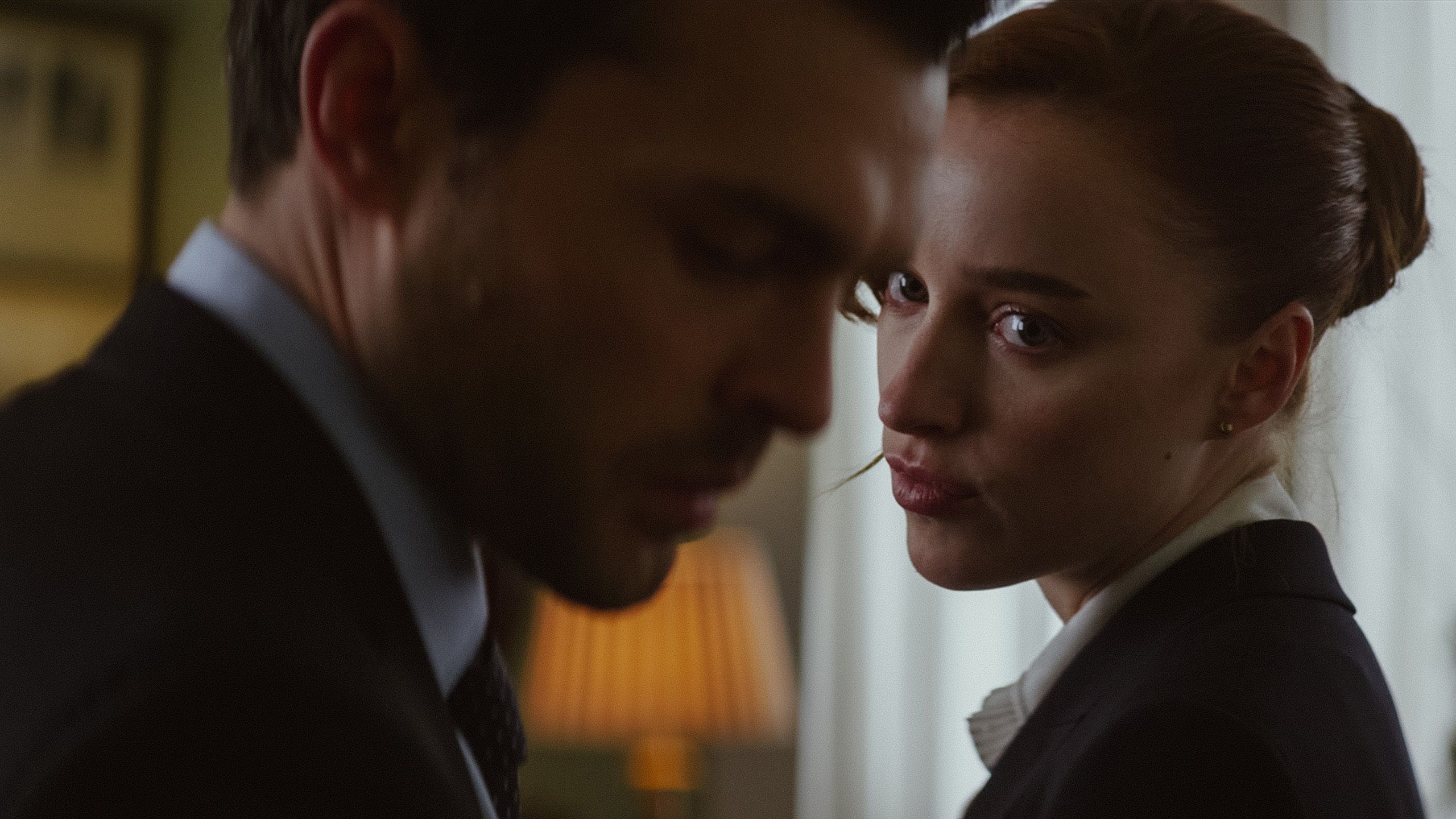 “If we do this, we’ll do it right,” says Luke (Alden Ehrenreich) to his partner, Emily (Phoebe Dynevor), as he’s proposing to her. That sentiment is not only rooted in warmth but in the prospect of execution. Much like the cutthroat world of finance— which the two are heavily engulfed in, working at the same firm, keeping their bond a secret—relationships require stellar execution, where both parties need to support each through the greatest peaks and troughs to ultimately endure. But what happens when the tried-and-true dynamics are thrown to the wind? Where the gender politics that have long defined marital “bliss” are put to their greatest tensile test.

It’s within these subversive grey areas that Chloe Domont’s incendiary debut feature, Fair Play, resides—prodding and provoking a visceral reaction to the ruthlessness that unfolds when ego begins to supplant a vow to “love through good times and bad”. In crossing the streams of the stock market’s expanse and the intimate spaces of an ardent couple, Domont unearths the abrasive jealousy, insecurity, and contempt that festers beneath the surface of a relationship where the “incorrect”, more feminine counterpart excels in the spheres strictly reserved for the masculine.

As Emily attains Luke’s promotion, Luke’s career, and Luke’s long-coveted status, an explosive push-pull between love and pride is devilishly captured, forcing a reckoning with a viewer’s own deep-seated insecurities and emotional shortcomings. In what is sure to be one of Sundance’s greatest offerings, Domont and company ask: will men support their significant other if she achieves everything they desire and then some? Or will they wish for the worst to befall her for their own glory?

Littered with cold, spectral reflections and a shimmering swath of LED, Domont, in tandem with director of photography Menno Mens, crafts an unfeeling world that bears down on a bond already reeling from a growing power imbalance. The milieu of Wall Street is captured with both searing authenticity and brazen audacity, trapping each analyst in a meatgrinder of unadulterated arrogance and absolute cruelty, forever gnashing until even the bone is hollowed out.

The tight framing traps Luke and Emily in a fiery battle of penetrating glares and razor-sharp witticisms that continue to collide until only the wreckage of an impassioned romance remains. As the compositions continue to suffocate the two in a boiler room of passive-aggression that gives way to explosively damming exchanges, Domont cements harrowing parallels between the stock market and the modern relationships, each immensely volatile and primed for an unexpected crash.

Making love on a knife’s edge, Dynevor and Ehrenreich establish a chemistry that packs a wallop, capturing the pain of asymmetry with a palpable sense of despair and urgency. Both utterly command the screen, refracting off each other to create a toxic, volcanic iteration of symbiosis that puts Vesuvius to shame. Intoxicating, blistering, and utterly unhinged, the twosome’s verbal barrage only builds potency, releasing their venom on each other in an unforgettable finale—provoking discourse that is both necessary and wholly incriminating.

Eddie Marsen perfects the ruthless Wall Street executive, whose fleeting praise doubles as a bad omen for all the talented businessmen caught in his luring, enveloping tide. While Rich Sommer, echoing his work in Mad Men, rounds out the cast with measurable skill, adding dollops of bleakness to an already grim tapestry.

Fair Play is a scorching maelstrom of a debut that feeds off its audience’s insecurities and doubts with unflinching fervour. A thriller that not only gets provocation right but drapes it in barbed wire, slicing through the false declarations and reassurances that mitigate the true role gender politics continue to play in each relationship and environment. Rarely does the cinematic form inflict self-revilement that is equal parts agonizing and thrilling.