Connect with us
'Pledge' succeeds in large part due to the strength of Weiner’s screenplay about a horrific fraternity, as well as the talents of the actors involved.

In Pledge, a horror film about Greek life on campus, a group of outcasts get more than they bargained for when they rush a mysterious and selective fraternity. Frats are a particularly strange subject for the horror genre, because even a fairly straight documentary that delves into the still-present world of hazing could turn frightening. Last year’s Burning Sands approached frat initiations as a straightforward drama, but nevertheless became a horror film in its final sections. With Pledge, director Daniel Robbins and screenwriter Zach Weiner go all out to create the most nightmarish frat hazing imaginable. What’s most disturbing is that it isn’t all that far from the real thing.

Pledge follows three freshmen as they explore their new college campus. In addition to writing, Weiner also plays David, the fast-talking leader of the group whose constant wisecracks come off as a defense mechanism that does him no favors. Phillip Andre Botello is Ethan, the nerdier and less obnoxious member of the trio, and Zachery Byrd places Justin, the rotund member with the greatest sense of moral clarity among the three.

After being ejected from multiple frat parties, the three are invited to a suspiciously fancy mansion in the woods outside campus. After a successful night of drinking and partying, they are invited back the next day for the start of a rushing marathon. What at first seems like innocent hazing (if there is such a thing) quickly devolves into outright sadism à la Pasolini’s Salò (1975).

Pledge succeeds in large part due to the strength of Weiner’s screenplay and the talents of the actors involved. Rather than the standard wooden dialogue, the dialogue understands the rhythms of a college student’s speech, able to effectively draw a set of characters who are free of the entitlement of the more traditional frat brothers, yet still tainted by the most toxic forms of masculinity. The three protagonists still aspire to be like those douchebags, even if it doesn’t come naturally to them. Weiner is also surprisingly strong as an actor, and never feels like someone parachuting into the film; Byrd and Botello are both impressive in how they depict characters slowly realizing they’re trapped in a sinister ritual. 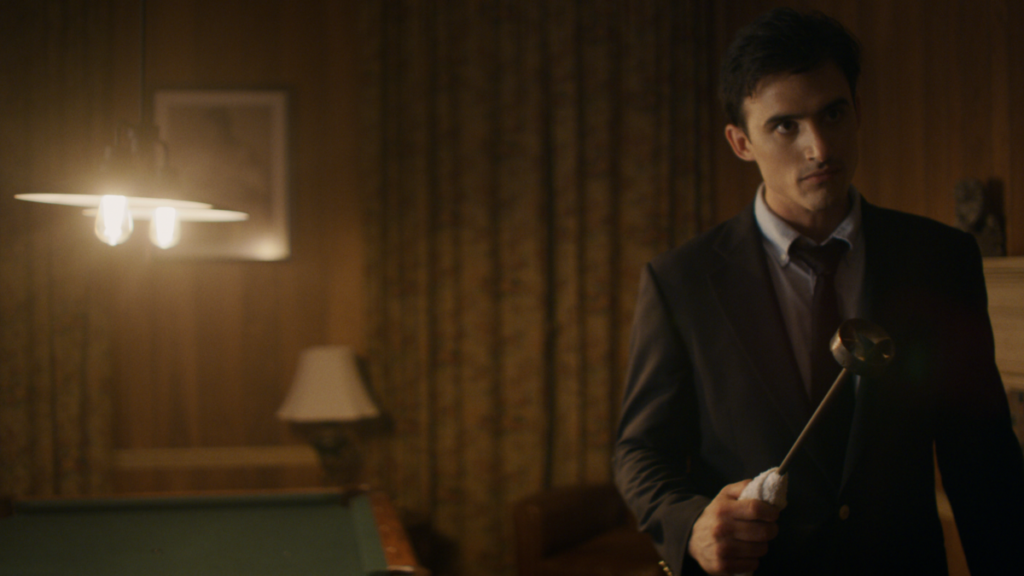 Pledge’s failure is a complete lack of characterization or backstory. The movie quite literally tells us nothing about the lead characters; our introduction to them comes as they search for campuses on which to party, and we never learn anything more. It’s a testament to the skill of the actors that we’re able to have any sympathy for them at all, because the screenplay leaves them hanging. Robbins is able to accent those necessary performances, and he wisely avoids the current trend of making the lighting overly dark and hard to see.

Perhaps Pledge’s work is overly easy; it’s not exactly hard to come up with horror stories about frats. But the filmmakers and actors make something effective out of the simplest elements, a form of alchemy that deserves to be experienced.

Fantasia 2018: ‘The Vanished’ Thinks its More Clever Than it Really is

NYAFF 2018: ‘The Looming Storm’ Dissipates in Its Conclusion