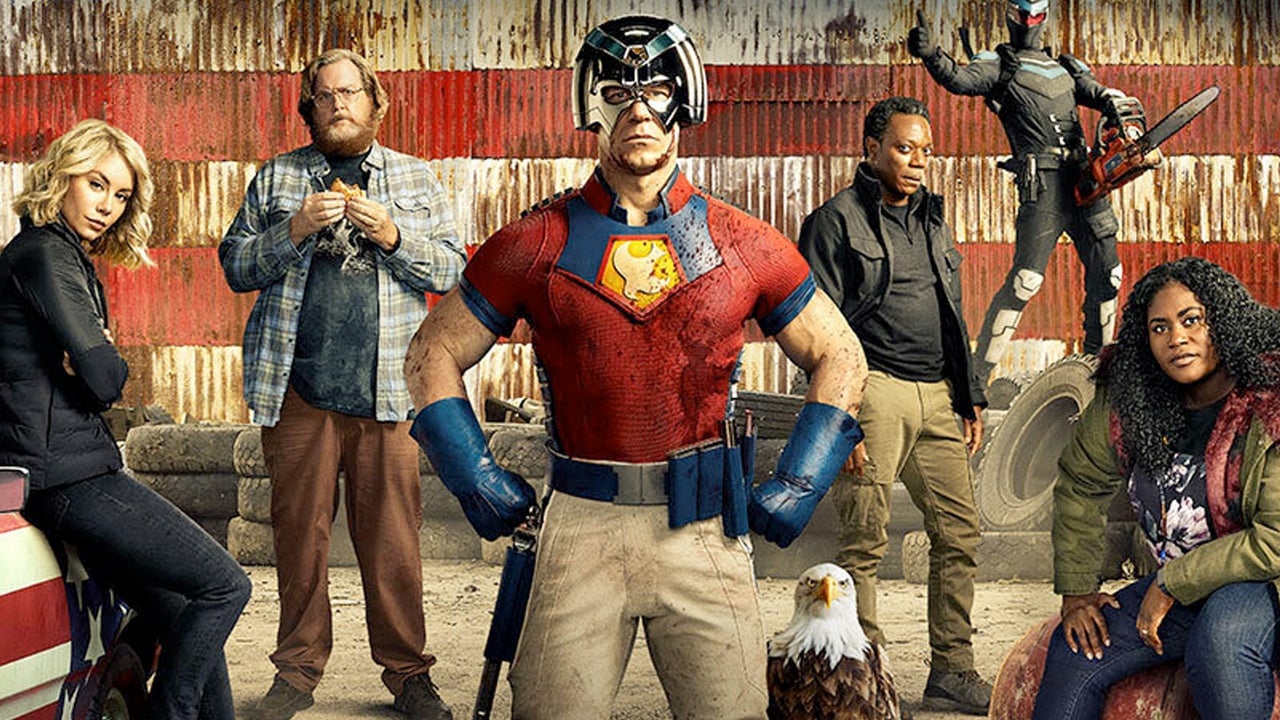 HBO Max’s Peacemaker has dropped its first three episodes, and, as far as spin-offs go, this one is off to an excellent start. I have to admit that when I first heard there would be a The Suicide Squad spin-off, Peacemaker/Christopher Smith was one of the last characters I was hoping would be its focus. Why not Bloodsport, Ratcatcher, or even the doomed Polka Dot Man? I mean, sure, John Cena has natural star power but could this character really carry an entire show?

The answer, as it turns out, is yes and no. Yes, because Peacemaker is surprisingly adept at making the audience like and care about one of the least likable members of the Suicide Squad, and no because, like in the aforementioned movie, its antihero is balanced out by a fun mix of outcasts and outsiders.

Luckily this last aspect gives the show some room to breathe between allowing the aloof, arrogant Peacemaker to make a total fool of himself or examine his actions and make some meaningful personal growth. Now, it might seem crazy that a character as morally dubious and hilariously full of himself as Christopher Smith could ever grow and change, but that challenge is part of what makes this whole idea work.

Notably, that challenge was what made Peacemaker the ideal choice for a spin-off for The Suicide Squad helmer, James Gunn. Now, having seen almost half of the first season play out, it’s hard to argue with this reasoning. With his ability to switch between straight man and lovable rogue on the fly, John Cena has the acting chops to carry an oaf like Christoper Smith passed his origins and make him into a semi-real, three-dimensional character.

Of course, Cena is helped along greatly by Gunn, who wrote all 8 episodes of Peacemaker and even went as far as to direct 5 of them. As anyone familiar with Gunn’s work can attest, the filmmaker has something of a knack for taking seemingly one-note characters and layering them out into fully approximated personalities. Take Groot from Guardians of the Galaxy, for example.

Luckily for Peacemaker, though, his entire vocabulary isn’t reduced to how much emotional inflection he can add to repeatedly saying his name. Still, this spin-off is not at all averse to exploring the kind of toxic ideas and unceremonious hero-worship that a character like Christopher Smith would realistically be surrounded with. In fact, some of the earliest moments of the premiere reckon with the antihero’s problematic legacy surprisingly well.

One of the first people Peacemaker talks to as he attempts to make his hospital escape following the events of The Suicide Squad is an east-Indian janitor who finds Peacemaker’s entire existence sort of racist. This aspect of nationalism and how it plays into Christopher Smith isn’t ignored from there either; instead, it’s seen through to the ugly center and explored more than enough to make you feel uncomfortable.

A lot of this is done through Smith’s father, a homophobic white supremacist who once operated under the name of White Dragon. Played with hateful relish by the great Robert Patrick, Auggie Smith/White Dragon goes a long way toward explaining where someone like Peacemaker comes from and actually makes him seem somewhat well-adjusted by comparison.

The depiction of Auggie is not cleaned up either. The character regularly hurls racial epithets without apology and talks down to just about everyone he comes into contact with, particularly those who aren’t white. It’s a bold choice and, ultimately, one that pays off in spades, specifically as Peacemaker begins to return this character to his criminal roots toward the end of the second episode.

Of course, a whole host of other supporting characters balance these aspects out. Returning from The Suicide Squad are the no-nonsense Emilia Harcourt and nerdy John Economos, and both play off the titular antihero with resentful zeal. Still, Economos is wildly fun to watch, especially when the third episode suddenly thrusts the team’s least prepared member into a combat situation.

While jumpsuit-donning maniacs like the hilarious Vigilante and the deadly Judomaster show up regularly as well, it’s one of Peacemaker‘s most down-to-earth characters who evens things out the most. Leota Adebayo joins the team with minimal experience and more than a bit of nepotism, but her place as a queer woman of color and an early friend to Christopher Smith really helps to make him feel like an actual person.

As the series goes on, viewers can see the scales beginning to fall from Smith’s eyes and his own coming to terms with the persona he’s crafted. He struggles with how people see a traditional symbol of nationalism and American exceptionalism like himself and begins to doubt the veracity of his mission statement himself very early on, leading him to grow and change but never in ways that feel hamfisted or disingenuous.

The gleefully nasty tone of The Suicide Squad also returns in Peacemaker, with conflicts often coming to surprisingly abrupt conclusions and all of its larger-than-life characters humanized throughout the first three episodes. Grisly violence and full-frontal nudity are balanced out by moments of genuine heart, bonding, and friendship as Smith is forced to adapt to his new situation and changes organically as a result.

All in all, the many disparate ingredients of Peacemaker make for a very successful and addictive formula that will likely have viewers binging all of the available episodes. Though we’ve only seen a little under half of the whole run, this DC series is off to one hell of a fun start.

Belle Brings Beauty and the Beast to the Digital Age