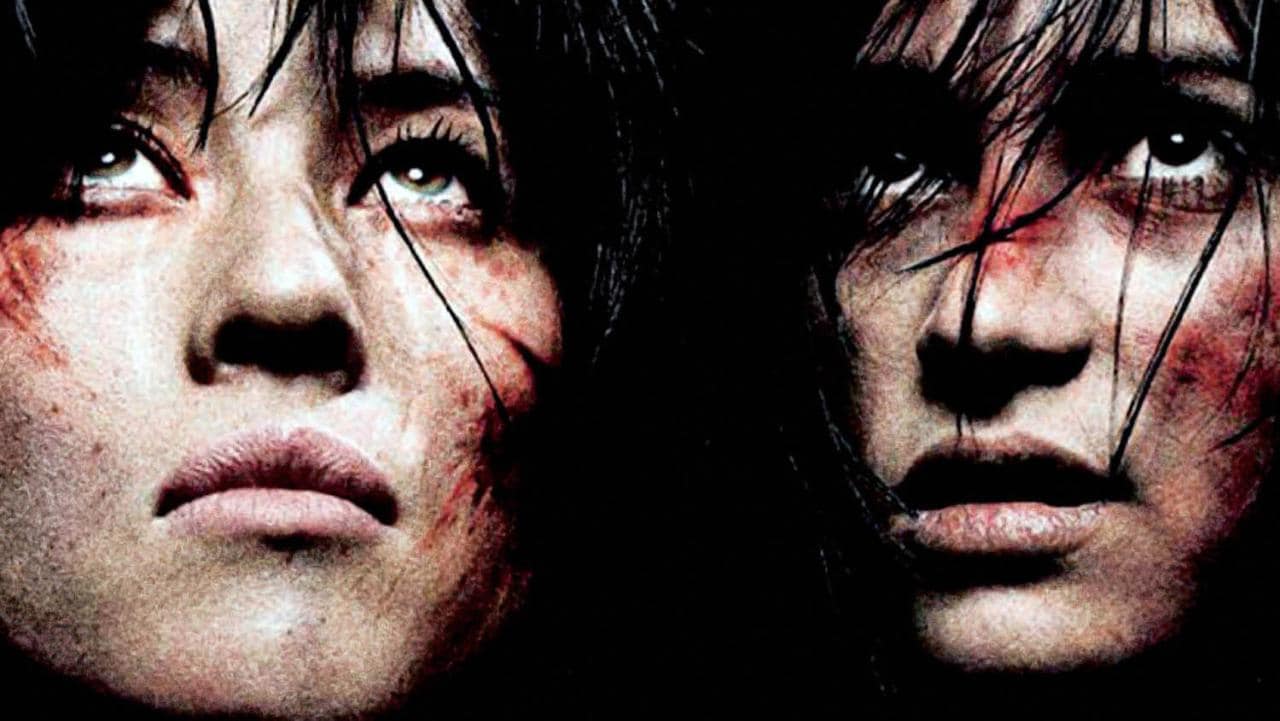 In the annals of the extreme horror films of the mid to late 2000s, few films are as upsetting as Pascal Laugier’s Martyrs. A movie that regularly shows up on lists of the most disturbing movies of all time, Martyrs is relentless to the point of exhaustion. It’s also one hell of a horror movie.

Beginning with a young Lucie escaping from a warehouse, where she was tortured extensively as a child, the film never lightens its tone from a second after this harrowing opening.

Years later, we catch up with Lucie in the psych ward of a hospital, still suffering from extreme PTSD symptoms. Her only friend, Anna, tries to help Lucie and earn her love in turn. Things begin to escalate again after Lucie claims she sees her torturers in the newspaper.

Off Lucie and Anna go, so that Anna can exact her vengeance. Despite her misgivings, Anna joins her friend, and ends up regretting it deeply. The descent into depravity that follows for the remainder of Martyrs only begins with the wholesale slaughter of a seemingly innocent family, children and all.

Where things go from there, I’ll leave the brave and curious to discover for themselves. Suffice it to say that Anna ends up in possibly the worst condition of any “surviving” protagonist in horror history. However, it is the intent of her perpetrators which is most troubling of all.

Yearning for answers to their fragile mortality, it is the old and frail who are the sponsors of Anna’s torture. They stare longingly at what they call “martyrs”. The victims of genocides and other historical atrocities, the martyrs have a look in their eyes that suggests transcendence to this group, convincing them that the answers to what comes after death can be found in these unfortunates.

To this end they have been torturing young girls for decades, trying to find their own martyr, someone who can help answer those troubling questions that keep them up at night.

In a time as rife with existential dread and moral devastation as 2020 has been, this motivation is perhaps more relatable than ever. With still two months to go in the year, who knows what other troubles could threaten us, but even now, this year has been pretty intense.

It isn’t just this grim story of people with “good intentions” inflicting unspeakable horrors on young women that makes Martyrs so effective, though. The makeup and special effects, particularly for the shocking finale of Anna’s torment, are exceedingly convincing.

Pascal Laugier’s brutal direction also amps up the disturbing nature of Martyrs. Commonly lingering on the horrific violence left in the wake of his devastating script, Laugier rarely cuts away from the violence, or stylizes it in order to lessen its impact.

Instead, Laugier forces the viewer to endure its onslaught or turn off the film. Truly, Martyrs is brutal to an extent that few movies can match. I recall that, along with The Devil’s Rejects, this movie was the only other one in the history of the over 3000 movies I’ve watched that I paused, and considered turning off, simply because it was just so relentlessly, uncomfortably horrifying.

With Rob Zombie’s tale of horror along the highways of America, though, there are at least the occasional moments of levity amid the carnage. In Martyrs there are no laughs, no pleasantries, and absolutely no happiness.

Why would you want to endure such a thing, you might ask? You’re not wrong, if that’s what you’re thinking. Particularly now, you might wish to avoid depressing, joyless movies like this. The reason it’s worth fighting your way through, however, is that there’s truly nothing like it in the genre.

In any case, the misery at the heart of Martyrs doesn’t feel over the top for its own sake, but more for the purpose of exploring something deep and terrible in the heart of mankind. The willingness to accept or support certain horrific entities (factory farming or animal testing for just a couple of examples) that benefit them as a necessary evil is an essential part of the human-animal, and something in all of us to varying degrees.

Though the final thesis of Martyrs may be troubling in a way that few endings can match, it also leaves the viewer with something truly difficult to grapple with long after the credits have rolled. What would we (as a species or group) be willing to do in order to answer the eternal questions? Well, history is filled with answers to that question. Perhaps that’s what makes Martyrs so effective.

Kill It And Leave This Town is a Personal, Intense Reflection on Memory