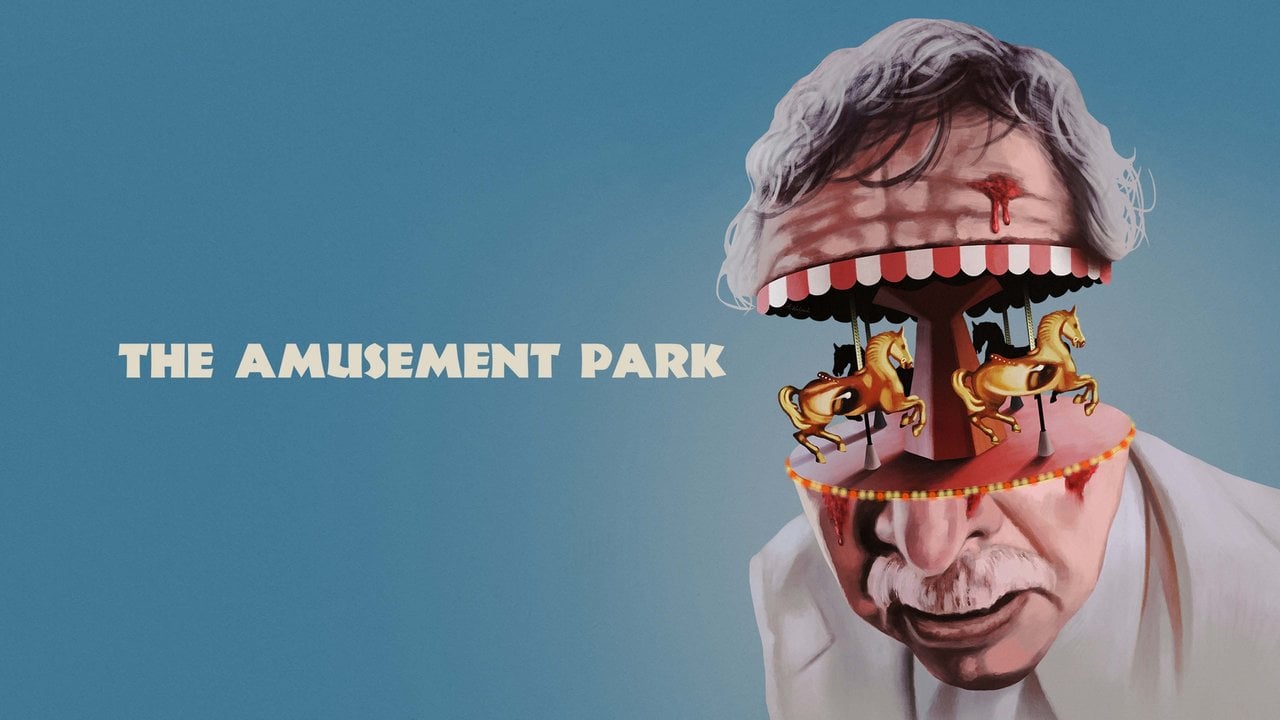 It’s not often one gets the chance to finally see a long-lost film from a cinematic master, but that’s the special treat that Shudder is offering viewers this week with George A. Romero’s The Amusement Park.

It’s a film, just 52 minutes long and in a boxy, Academy-like aspect ratio, that’s set entirely at the titular amusement park. It’s not nearly as polished as some of Romero’s better-known work, but it’s still absolutely chilling.

The Amusement Park had a strange afterlife, but its origin may have been even stranger. The Lutheran Society, in the early 1970s, decided to commission it as an educational film about elder abuse and neglect, but disavowed the film and refused to use it, which perhaps isn’t so surprising considering it was George Romero who they called.

Romero indeed had a background in industrial films but was well-known by that time as a very different kind of professional filmmaker.

The film, in recent years, was found and restored and first exhibited as part of a Romero retrospective at a film festival in Italy. After further restoration, the film got a brief theatrical release, before its Shudder bow this week.

The Amusement Park is introduced by actor Lincoln Maazel, who provides a brief on-camera introduction laying out the movie’s themes, in a way that ironically recalls the narrator’s intro to The Rocky Horror Picture Show.

“Remember when you watch the film,” he says by word of warning. “One day, you will be old.”

The next time we see the same actor, who doubles as the film’s protagonist, he’s bandaged and bloody, his white suit filthy.

For the 50 or so minutes, we’re directed through a nightmarish day at the park as he and other elderly people face a series of terrible indignities.

Overall, it all functions as a clear metaphor for the treatment of the elderly by society at large.  We even get strange and surreal touches like a uniformed traffic cop showing up to take a police report following a crash on the bumper cars.  Or the man in the suit being called a pervert for standing near children.

And it finds that exact right spot of carnival music that sounds like a fun time when you’re at an actual carnival, but deeply creepy if you’re experiencing it in any other context.

Aside from Maazel, Romero’s cast for The Amusement Park consisted mostly of non-actors, plucked from area nursing homes.

It isn’t just riding roller coasters or bumper cars that probably aren’t meant for the elderly, much less men and women in their 70s, who in their all-white ensembles are certainly not dressed for a summer day at an amusement park. In just about every shot of Amusement Park, the white-suited protagonist just plain looks like he doesn’t belong.

The film was shot, like so much of Romero’s work, in Western Pennsylvania, at a Pittsburgh-area amusement park called West View Park. I might want to see a whole other movie about the fate of the park which, per Wikipedia, closed in 1977, was abandoned, and eventually suffered multiple arsons in a short period before it was torn down in 1980.

As for George A. Romero, he passed away in 2017. As the director of the original Night of the Living Dead, its sequels, and other stuff like Monkey Shines and Creepshow, his legacy is secure as one of the most influential horror filmmakers in history.

Now, four years after his death and nearly 50 years after it was first shot, Romero’s legacy has been augmented by The Amusement Park, a deeply unsettling movie seen by those who commissioned it as a failed assignment even though it seems to have made all the points about the neglect of the elderly that that Lutheran association wanted to be made.

TrollHunter is a Solid Entry Into the Found-Footage Genre