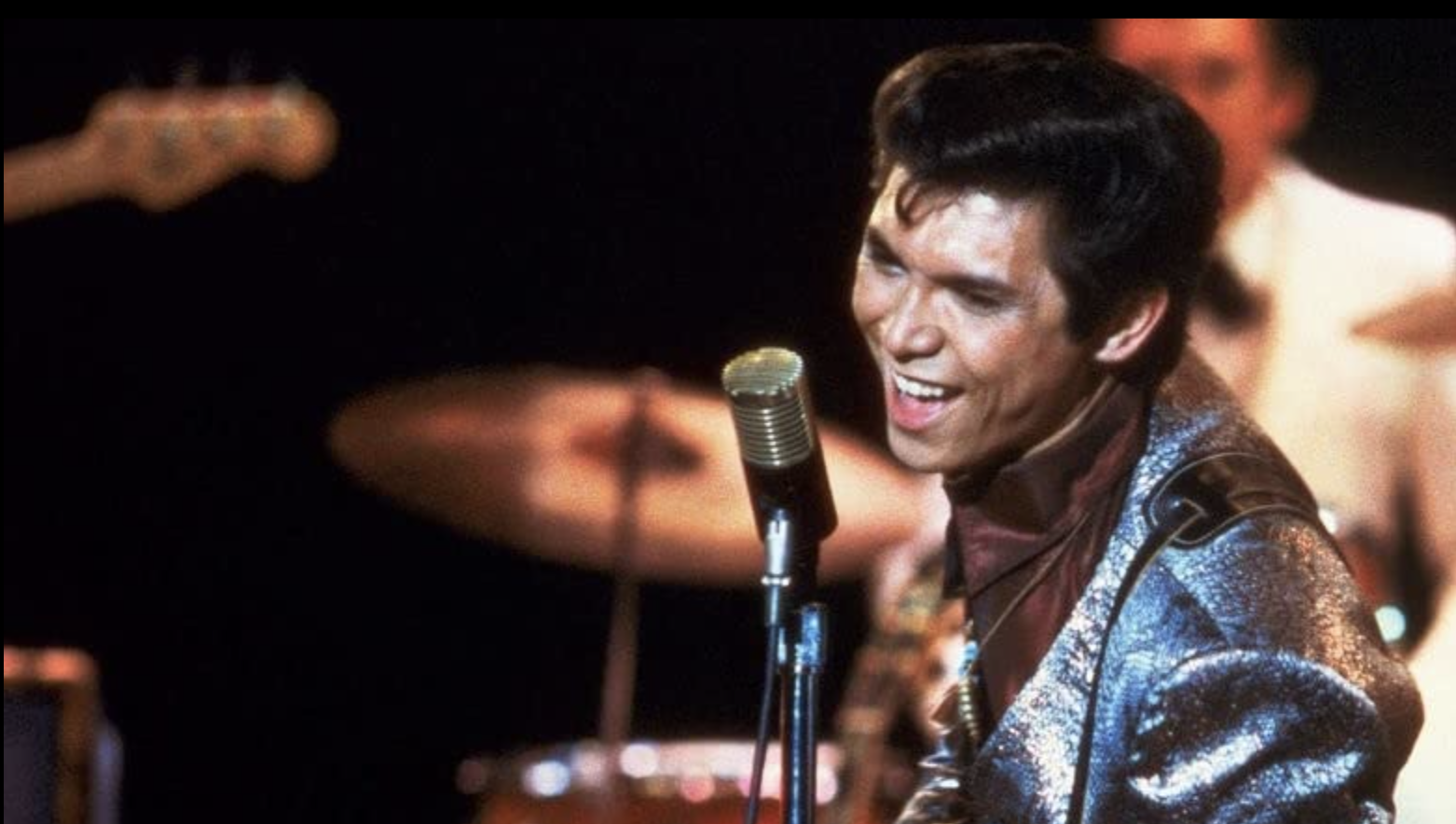 The same week of the arrival of The Day the Music Died: The Story of Don McLean’s American Pie, we mark the 35th anniversary of the biopic of one of the three rock stars who lost their lives in The Day the Music Died. That movie is La Bamba, directed by Luis Valdez, the electric examination of the life of Ritchie Valens, who was just 17 when he died on rock music’s darkest day.

Buddy Holly was the most famous of the men who died in the Iowa plane crash on February 3, 1989, and 1978’s The Buddy Holly Story, with Gary Busey, is the most famous one made about those events. But La Bamba remains an outstanding examination of the unheralded Ritchie Valens, featuring first-rate musical numbers and a fine performance by Lou Diamond Phillips.

Valens (real name Richard Steven Valenzuela) was born in California in 1941 and had his biggest hit with the titular “La Bamba” — a rocked-up version of a famous Mexican folk song — in 1958, the year before his death. He’s played in the movie by Phillips, then nearly a complete unknown, who parlayed the role into a career that has lasted decades. (Phillips was 25 at the time of the film, 7 years older than Valens was when he died.)

Aside from the part about Valens having a very short life and career, La Bamba doesn’t color that far outside the conventional biopic lines. Growing up a kid loving rock ‘n’ roll, Ritchie is regularly menaced by his older half-brother (Esai Morales), before musical stardom allows him to escape. This leads to a record contract, stardom, and ultimately the tour that led to the fateful plane crash.

In addition to his music and his family, La Bamba is largely based on Valens’ tragically ironic lifelong fear of flying, which began when a friend was killed in a plane crash when Valens was a kid.

The thing I’ve always remembered most about La Bamba was its soundtrack, consisting of Valens’ own songs and those of the other musicians in the film.

Relive the electrifying legend of Ritchie Valens. 🎸 Celebrate the 35th anniversary of #LaBamba and get it now at https://t.co/FM2kJVxfLn pic.twitter.com/Da2zDq6UAG

I practically wore out the soundtrack back then, with Los Lobos playing most of the Valens songs, like the title track, “Donna,” “Come on Let’s Go” and others; their version of “La Bamba” even became a hit again in 1987, reaching #1 even though Valens’ own version never had. That soundtrack was also the first I heard of the likes of Marshall Crenshaw, Brian Setzer, and Bo Diddley.

It might not the most famous musical biopic of the 1980s, but La Bamba does its job well.