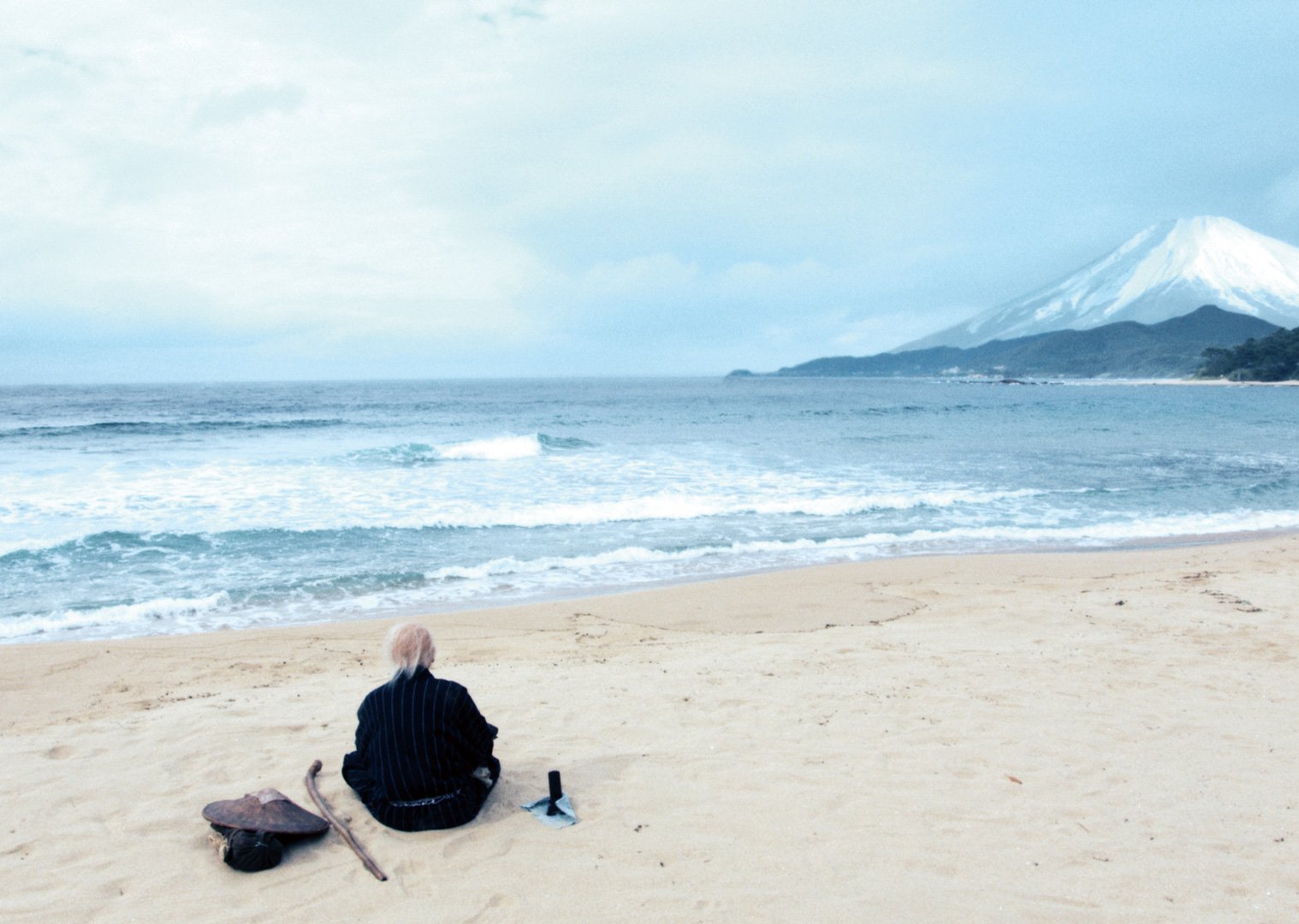 “Paintings can change the world.”

Hokusai is a period piece that explores the art world of Japan through a very specific time. It’s a biopic of the influential Japanese artist Katsushika Hokusai, a painter who you may or may not know the name of, but you’ve almost certainly seen some of his works. His journey from drifting talent to concentrated passion is one I had no idea would be this gripping.

Art is both creative expression and political expression in an era where most forms of entertainment were considered ‘morally corrupt’ and were violently suppressed. Here is where we find Hokusai, a young artist with great mechanical talent who finds success eluding him. Something is missing, and a purveyor of the arts in Tetsuya sees that hole and understands what could fill it. Through meeting other artists and finding their passion and mindsets, as well as a large bit of soul searching, Hokusai begins to understand what it is he has been missing.

Young Hokusai is played by Yuya Yagira (Destruction Babies, Nobody Knows), an emotive actor who brings a real brash and cocksure attitude to the artist. In a time of strict and unfair censorship of entertainment media having Hokusai delve into this world of counterculture and find just how much impact art has on the world is a fantastic development. Alongside Yagira is the always great Hiroshi Abe (Godzilla 2000: Millenium, Thermae Romae) in the role of the publisher who pushes Hokusai to find what art means to him.

It’s touching to see how important the art world is to Hokusai, and those who make themselves a part of it in general. How his relationship with that world is ever-evolving is also very well handled as throughout the years there’s always more for him to learn, to understand, and more and varied passion to find. There is also tragedy, and pushback, along with the ever-present threat of the law.

The satisfaction of this film is truly summed up in its vivid creation. Seeing each different art form in loving detail is incredible, from the painting to the wood carving and pressing. The moment the Great Wave takes full shape, the first pressing in rich colour, really does tie everything together.

Sumodo – The Successors of Samurai

“No matter how significantly the world evolves the spirit of sumo never changes.”

Exploring another side of traditional Japanese culture we have Sumodo, the Successors of Samurai. The documentary does a fantastic job of getting over the grandeur of the Sumo, and the reverence that they have in Japanese history. From the days of old where feudal lords would keep ‘rikishi’ on as members of their samurai, on through the eras where the fiercely competitive sport would maintain its lustre.

Through witnessing the rigorous training and how young sumo begin to get into the sport Sumodo shows us that some of these elements have remained a constant through sumo’s rich history. It very much brings a great deal of respect to the sumo, with training and practice being particularly grueling at times. The competitors occasionally take part in ‘head to head training’ which seeks to bring everything out of the individual, knocking them down and getting them back up over and over, pushing the hefty weight of another from one end of the circle to the other, and back again.

It’s always so impressive seeing the very large bodies of the sumo managing to move with such speed and force, the competitors needing to be agile as well as powerful. The absolute strength these guys have in their thighs and calves is insane, running through creative practice routines in order to channel all their power to where they need it.

Though the historical significance of sumo is journeyed through, the main focus on things is on the present-day art. The central line the documentary follows is first Goeido, a prodigious Ozeki in the Makuuchi, the top division of sumo. During a tournament shortly before the documentary began filming he tore his right bicep during a bout, and yet continued on not just that match, but also another following it.

However, the damage the sport can do to a man is highlighted with him requiring treatment, and all of the wrestlers seeking out orthopedists to help their bodies recover. After all, each match starts with basically two small cars head-on colliding, which can build up a lot of damage over time. Goeido is facing another tournament, this one meaning the world to him, proving whether his injury has set him back or if he’s still in capable condition.

The second half centers around Ryuden, a sumo from another stable who has unfortunately seen a demotion in his ranking after a devastating and potentially life-threatening hip injury. Through rehab and rigorous training, he hopes to find his way back up the ranks of sumo. Coupled with his coming marriage, Ryuden shows us a bit of humour and humility as he himself has such respect for all of the other competitors. As the documentary comes to a close, we get to see how Goeido and Ryuden’s destinies come together, and experience all the thrills the sport has to offer.