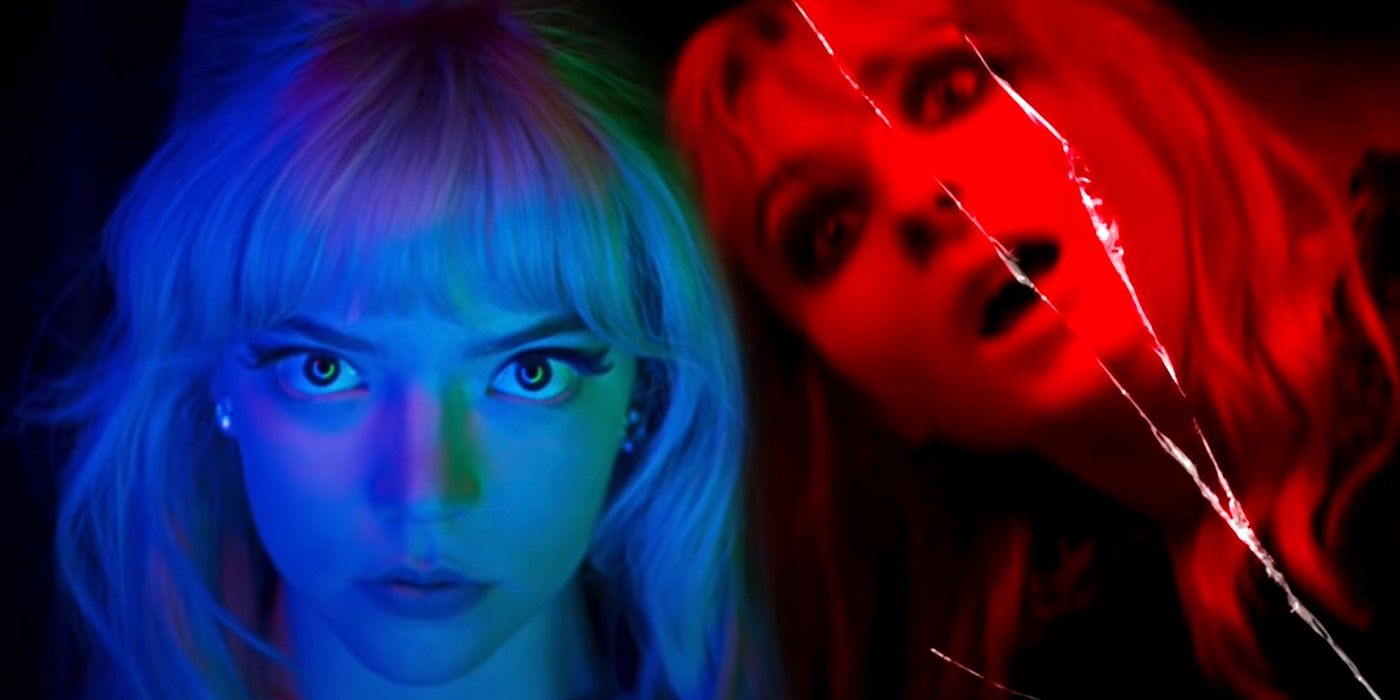 Audiences can expect the return of blood and gore to the Edgar Wright oeuvre with the release of his next feature film.

As seen in the film’s trailer, Last Night in Soho will offer a moody and elegant look back at swinging London in the 1960s. The director told Brett Goldstein on the Films to Be Buried With podcast that he wanted the film to be a “London version” of an Italian giallo film.

“There’s something I have in common with the lead character in that I’m afflicted with nostalgia for a decade I didn’t live in,” the director told Empire Magazine. It’s no surprise that the exuberant movie lover expressed that nostalgia in his latest feature through the prism of a largely derelict film style.

Wright specializes in contemporary takes on genre movies injected with his own blend of caffeinated formalism. For his first crack at a period piece, Wright looked to the heavily stylized slasher-suspense movies that were popular at the time in Italy.

In Italian, “giallo” literally means yellow. The term refers to the dominant color used on the covers of mass-market Italian mystery novels that began to be published in the 1920s.

The start of giallo cinema comes after the better-known and lauded Italian neo-realist movement of the 1940s and 1950s. In response to the “white telephone” movies of the time, the movement included filmmakers like Roberto Rossellini and Vittorio De Sica who produced works that showed the gritty lives of the Italian people in the wake of Benito Mussolini’s Fascism. Often referred to as the “golden age,” the films of that time are viewed as one of the more important movements in cinema history. The significance of those films set a high bar for how Italian cinema is thought of and remembered. A bar that is difficult to meet, particularly by populist genre films that highlight sex, gore, and ostentatious style.

Mario Bava is often credited as the founder of giallo. In his book La Dolce Morte, Mikel Koven credits Bava’s film The Girl Who Knew Too Much (La Ragazza che sapev troppo) from 1962 with establishing the narrative structure: “an innocent person, often a tourist, witnesses a brutal murder that appears to be the work of a serial killer. He or she takes on the role of amateur detective in order to hunt down this killer, and often succeeds where the police fail.” Later, Bava’s Blood and Lace (Sei donne per l’assassino) from 1964 introduced the visual tropes, such as graphic violence towards beautiful women and the archetype for the killer’s disguise: black leather gloves, black overcoat, a wide-brimmed black hat, and often a black stocking over the face. It was Dario Argento’s The Bird with the Crystal Plumage (L’uccello dale piume di cristallo) in 1970 that blended the attributes of Bava’s two works. The success of the film birthed a deluge of imitators and giallo kicked into gear.

Giallo films are a mix of suspense thrillers, mystery whodunnits, and what we now refer to as slasher movies. A sinister element is always present and though the audience may not be privy to who the killers are, they see each victims’ demise in gruesome detail. The films’ suspense and violence are influenced by the work of Alfred Hitchcock; an artist who was also seen as a populist in his day and later reappraised as creating high art.

Wright told Goldstein, who is also a writer and star of the delightful Ted Lasso, that giallo is a kind of film he loves but doesn’t get made anymore. A garrulous lover of film history, the Hot Fuzz director is wont to share lists and recommendations much like Martin Scorsese. On the podcast, he enumerated his favorite giallo films which included: Luciano Ercoli’s Death Walks on High Heels, Lucio Fulci’s Don’t Torture a Duckling, Massimo Dallamano’s What Have You Done to Solange?, Argento’s The Bird with the Crystal Plumage and Deep Red, and Bava’s Blood and Black Lace.

Argento’s most popular film Suspiria, remade in 2018 by Luca Guadagnino, was also mentioned, though its status as a giallo film is often contested because of its supernatural elements. Giallo films often involve paranormal aspects such as mediums, tarot readers, and perceived hauntings which all tend to be red herrings as the violence is usually the result of more prosaic aspects of human nature such as mania or greed.

Wright also named Nicolas Roeg’s Don’t Look Now and Roman Polanski’s Repulsion as influences because they exist on the cusp of psychological thrillers and horror. Along with those two British classics, he included Brian De Palma’s Dressed to Kill and Hitchcock’s Frenzy as the type of movie that might be considered too transgressive today but informed the parts of Last Night in Soho that take place in the 60s.

“It will feel very different to my other films,” Wright told Empire Magazine. He said he’s always liked films that “have a slow burn” into something else. His Cornetto Trilogy of Shaun of the Dead, Hot Fuzz, and The World’s End each reflect this as well as his predilection for genre films, which are also present as zombie movies, action comedies, and social science fiction, respectively. It appears what’s absent this time around is the sharp and speedy humor that is so present in his work.

It’s exciting to expect what’s Wright’s take on giallo will be. He’s no stranger to depicting gore on-screen as both Shaun of the Dead and Hot Fuzz are both rife with it. Argento’s ornate production design and lighting flair are present in what we’ve seen so far from Last Night in Soho.

In his first feature since Baby Driver, Wright remains vague on the plot details. “I like it when movies keep you guessing a little bit [as to] exactly what it is,” he said. Similar to the plot details out before Baby Driver, there’s a basic description but don’t divulge what’s most important to Wright– the tone.

This is Wright’s superpower. The style he’s able to imbue in his films is the colorful, meticulous, and kinetic beating heart of his status as an auteur.

Last Night in Soho stars Thomasin McKenzie as Eloise, a fashion designer who mysteriously enters 1960s London. There she encounters her idol Sandy, played by Anya Taylor Joy as a wannabe singer, but things are not as they seem as time begins to fall apart. Delayed because of the pandemic, the film will premiere at the Toronto Film Festival in September of 2021 and released in the US and UK in October.