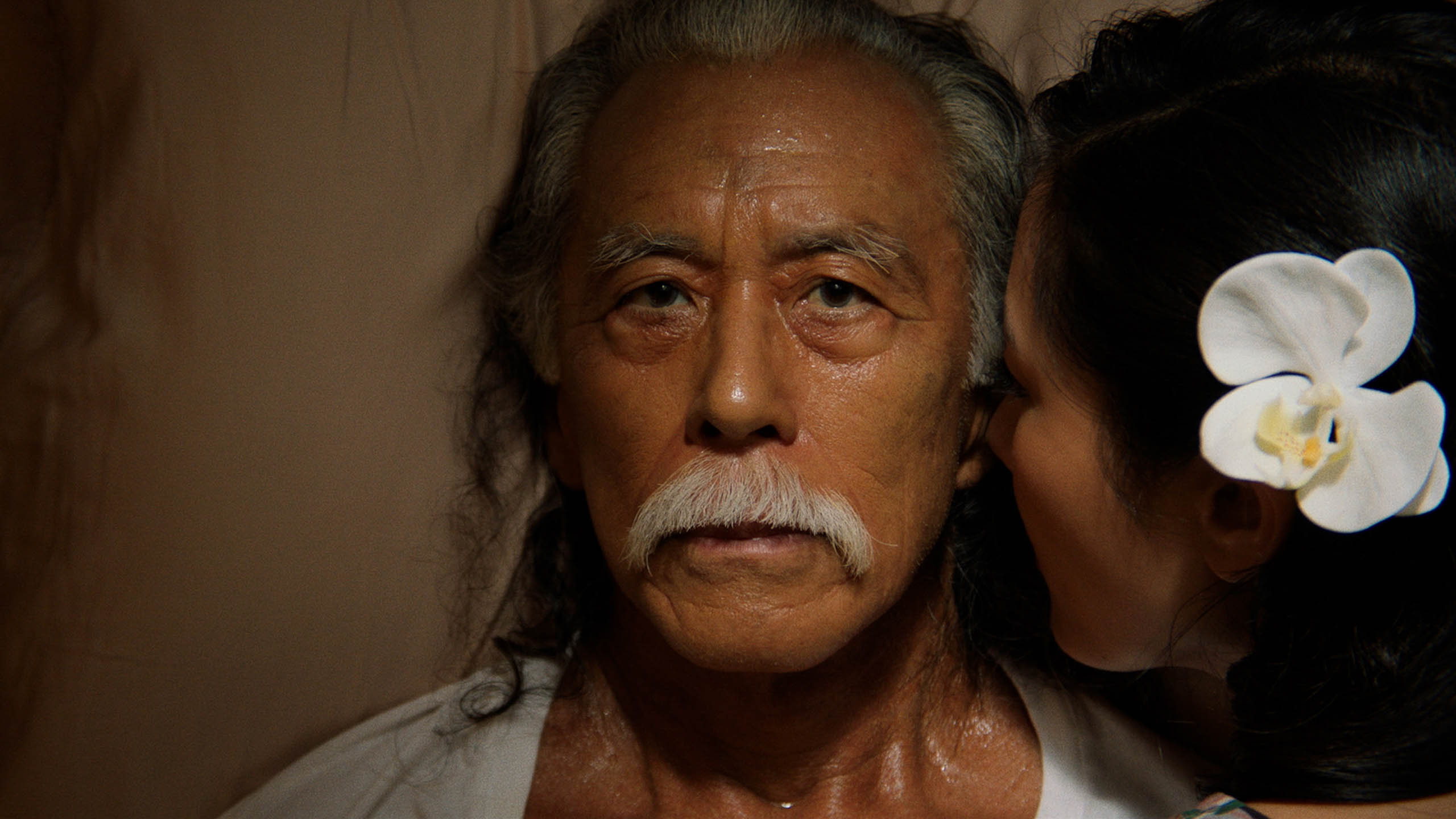 Christopher Makoto Yogi’s previous film, August at Akiko’s, feels like the perfect companion piece and set up to his newest Hawaiian-set drama, I Was a Simple Man. While more structured, Yogi’s latest still feels just as deliberately paced and meditative, elevated by impressive, subdued performances from Steve Iwamoto and Constance Wu. Exquisitely directed, I Was a Simple Man makes up for its lack of plot by ruminating on the relationship between life and death, stretching itself thin but creating an atmosphere of melancholy and acceptance in its main character’s final days.

As a terminal illness brings Masao (Iwamoto) closer to death, he begins revisiting his life through visits from ghosts of his past. Large swaths of his life are forgotten but key moments stand out, all centered around Grace (Wu), his late wife. As their relationship is explored in flashbacks, Masao’s family attempts to accept the inevitability of his imminent passing. Told in four distinct chapters, Masao’s memories are excavated under the backdrop of Hawaii’s own legacy.

Location continues to matter in Yogi’s films, as does the portrayal of time lost to memory. The two go hand-in-hand as he navigates Hawaii’s history including the moment when the island became recognized as a state, the sugar plantations that existed before World War II, and the eventual ushering in of the tourism industry and civilization’s further progress into gentrification. As a co-worker laments to Masao as they stare at the buildings that have taken over the island’s greenery, “I remember when this was all beautiful green”. What once existed further disappears as the old guard that remembers the island’s fertile land pass away – their memories taken with them.

Ultimately this bleeds into the ghosts that loom over Masao in his final days. Journals and art unlock memories imprinted on them by Masao and Grace. As his daughter uncovers these relics of his past, Masao slips further into the embrace of death. Shot with a surreal, dreamlike quality by Eunsoo Cho and tethered to the mesmerizing score done by Alex Zhang Hungtai – both of whom worked with Yogi prior on August at Akiko’s – I Was a Simple Man ends up carrying a spiritual quality to it in the way it’s composed. All the way down to the final shot, the experience of watching the film is hypnotic.

As said before, the film is extremely light on plot and moves at its own languid pace. By doing so though, I Was a Simple Man ends up celebrating life itself. It brings the Great Beyond into the narrative and puts the entire film into a trance as Masao confronts his own mortality for the first time. While it won’t be for everyone, there is a richness in the film’s texture that suggests so much while presenting so little, leaving plenty to contemplate by the time the credits roll.

Watch I Was A Simple Man

How It Ends Brings Celebrities to the End of the World