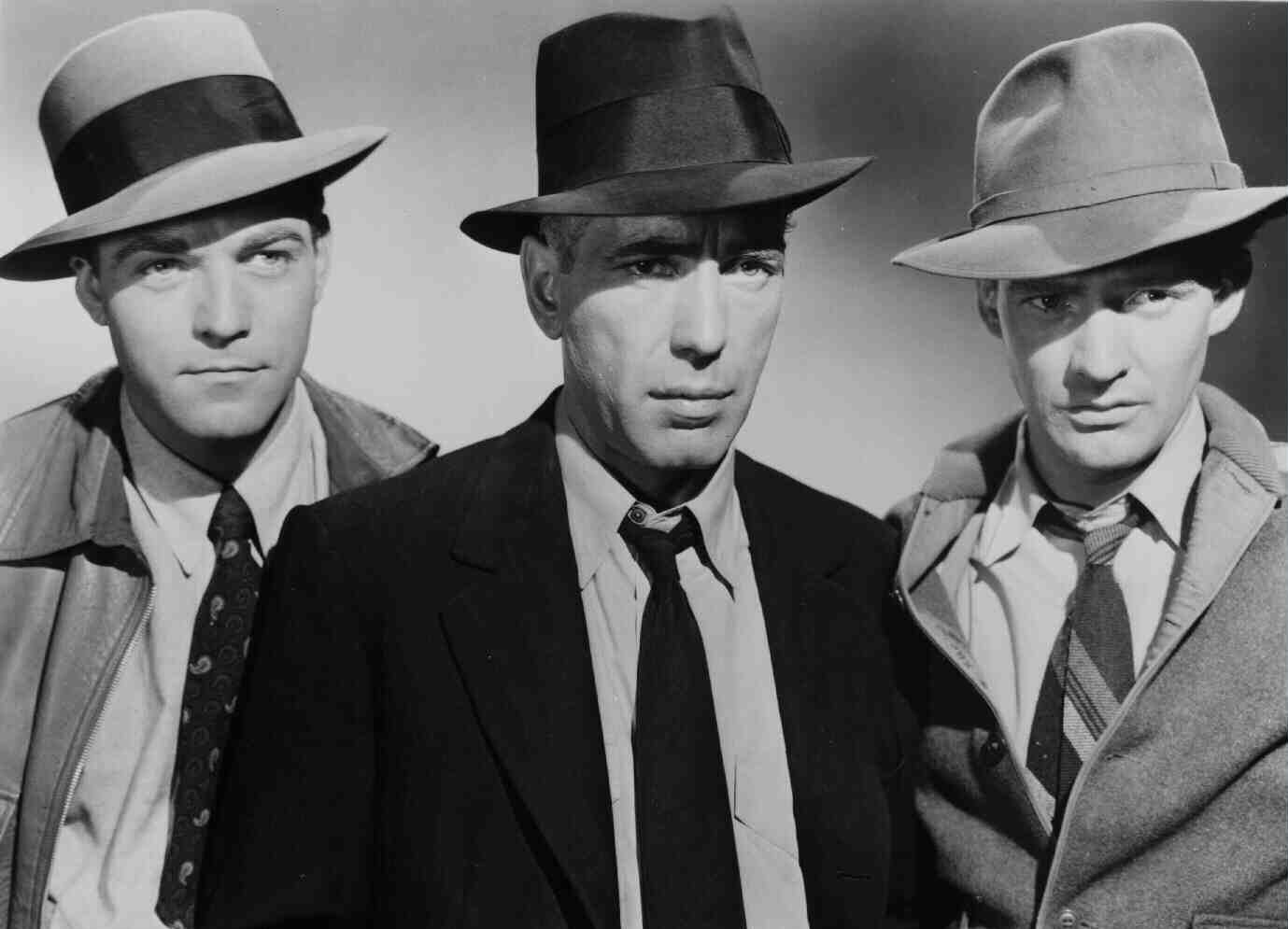 A while back I wrote about White Heat, a film directed by Raoul Walsh which exemplified some of the very best assets of both the gangster and noir genres within the same picture. Given that the latter evolved, in part, out of the former, it only seemed natural that by the end of the 1940s, when the gangster pictures were less prominent at the theatre and noir was picking up considerable steam, the two would coalesce seamlessly. In truth, White Heat s not the first Walsh picture to attempt a perfect marriage between the two iconic genres. 8 years prior in 1941 audiences were treated to High Sierra, starring Humphrey Bogart and co-written by yet another legend, John Huston (based on a W. R. Burnett novel, who also partook in the screenwriting process). As the spiritual precursor to White Heat, High Sierra has a lot to offer, from pure entertainment to food for thought.

Roy Earle (Bogart), an infamous bandit, has just received a pardon, thus granting him long-sought-after freedom from prison walls. After breathing fresh air as a free man for barely a few minutes, Roy heads off to a rendezvous point where a former cop turned thief (Barton McClane) awaits as a contact for preliminary briefing regarding an upcoming heist planned by Roy’s long time friend and partner in crime, Big Mac (Donald MacBride). Roy is to drive to a Palm Springs resort in California and convene with three other hoods in on the upcoming shake: two hotheads, Red and Babe, and the more mature Marie (Ida Lupino). While Roy is a man of his word and certainly desires to help out his pal Big Mac with a new scheme, happenstance during the drive to California sees that Roy makes the acquaintance of an old couple and their beautiful, sweet but crippled granddaughter Velma (Joan Leslie), cursed with a limp foot. Roy, just released from the slammer, sees the potential for a whole new beginning with Velma, but is uncertain as to how to bridge the gap between his life of crime and the greener grass on the other side.

If The Petrified Forest (1936, Archie Mayo) is understood as being the film that properly introduced Humphrey Bogart to the movie-going public, High Sierra is the vehicle that allowed Bogart to exercise some far more impressive acting muscles with a part that, not unlike the one Cagney would portray for director Walsh later in the same decade, called upon the charismatic thespian to balance starkly different characteristics, many of which intend to either show the viewer how convincingly the protagonist means business as a gangster and others indicative of Roy’s more humane side. That said, whereas Cagney’s Cody Jarret was more of a loose cannon with some human weaknesses, Bogart’s Roy Earle is a man genuinely struggling with the ever titanic contest opposing right and wrong.

The protagonist has a conscious, a moral compass that encourages him to really engage his feelings for other people he deems worthy of them. This complexity makes High Sierra‘s central figure all the more sympathetic. The movie never omits to remind the audience that the protagonist is still capable of being a villain, a killer, a commanding presence who instills discipline through violence if need be. Nevertheless, he is not a psycho. He will do what must be done to go through with a plan and save his behind, but random acts of cruelty are not part of his DNA. Velma, played with all the good-natured, ‘golly–gee-wiz’ positivity and innocence imaginable by Joan Leslie, prove the spark that ignites new ideas in Roy’s mind and feelings in his heart. Suddenly there is someone he is attracted to, very deeply in fact. Despite that Roy is not exactly an extrovert nor possessing a warm and fuzzy personality, one understands instantly that Velma means something to him. It may be because she is beautiful, it may be because she is sweet, it may even be because, for reasons stowed away so deeply beneath his harder edge resulting from a life of crime even he cannot comprehend them, he wants to take care of her and be her protector. It does not matter that he cannot put his feelings into words (it actually makes him all the more interesting), his attraction is what matters, period.

The revelation that Velma is awaiting to reunite with her lover from back home in the near future makes Roy’s predicament all the more compelling to watch unfold for the movie renounces on having the gangster tear his rival a new one, preferring rather to see him swallow and slowly digest the pain of knowing he is not the apple of his eye desires. It also leads him more directly into Marie’s path which is another bag of delicate challenges altogether. Marie, played with astute emotional reserve by the incomparable Ida Lupino, is also a good person, relatively speaking, but because of her enthusiasm for living like a criminal, her presence in Roy’s life is, in the end, a detriment in many ways. They do get along after a rocky start, even becoming lovers, yet their fate, as is the fate of all film gangsters, is not one that leads to ultimate happiness. Of course, one should not overlook the fact that the very first act of any significance Roy engages in after his pardon is a major felony. He is attracted by the potentiality of an honest life, yet he does not help himself by doing the only thing he knows best: stealing.

In this regard, High Sierra is a real gem of a picture. The script is rock solid in its careful depiction of these varied characters, each driven by similar but not always perfectly compatible motivations. The choices made by each have incalculable after-effects by the story’s end and every major character’s arc feels entirely earned. Raoul Walsh keeps things very nicely paced, devoting the perfect amount of time to each plot and subplot, from the actual heist to Roy’s two potential loves, the emotional effects each has on him, and, lest it is forgotten, the indefatigable little dog Pard who proves loyal to the very last second, so much so that its excitable devotion even gives Roy’s location away as the latter takes refuge from the police in the titular mountains during the climax. Walsh is just as adept at injecting dialogue scenes with sensible amounts of emotion and tension as he is at showcasing more action-oriented sequences. The car chase near the end is charmingly rendered with the help of the naturally arresting Sierra landscape and some less than subtle frame rate manipulation.

This is two consecutive weeks Raoul Walsh delivers in spades. True, the lone black character in the film is an utter joke (and not one from which any positives can be taken) and early 21st century newcomers to these older movies might have a trying time adjusting to the fact that a man of Bogart’s age (52)  could so handily woo the grandparents of a 20-year-old girl to the point that they would think it great if the two married, but both are minor issues in relation to the films’ overall potency as a study of a criminal open to the idea of becoming decent but is both pulled and thrown back into his habits as an outlaw. High Sierra is a must for those who want to explore some of Bogart’s darker roles, for those who like Ida Lupino, those who like heist films, those who simply like really well-told stories.

Dark City Serves as a Fine Introduction to Charlton Heston