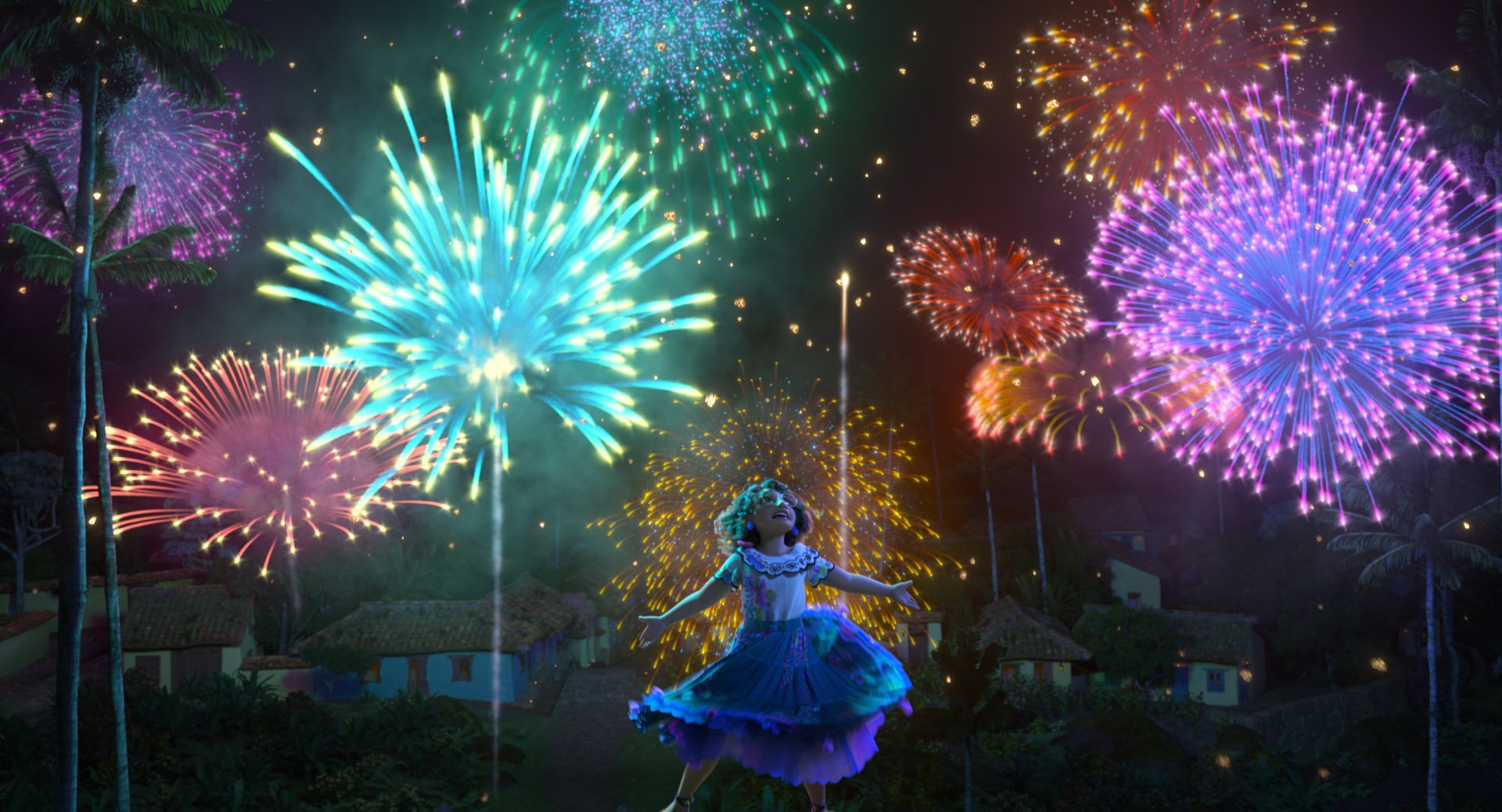 Encanto is the 60th Disney animated feature, and one of the better of its recent run. It recalls another recent Disney animated hit, Frozen: In a way, it’s a very traditional Disney movie, as a full-on musical with a young female protagonist and various musical numbers that fit established tropes of the genre, along with a touch of magical realism. But also like Frozen, the film breaks with tradition in several key ways, starting with the lack of a central romance arc.

The film is set in Colombia and follows the adventures of a large extended family called the Madrigals, who have been blessed with magic. That magic re-created their house after it was destroyed generations prior, and also has bestowed a special “gift” (i.e., a special power) on each member of the extended family- everyone, that is, except for protagonist Mirabel (voiced by Brooklyn Nine-Nine actress Stephanie Beatriz.) Each family member learns their gift on their fifth birthday, but she never got one.

This not only makes her jealous of the rest of the family, but it puts her at odds with her grandmother (voiced by María Cecilia Botero.) But in the meantime, the powers are all entertaining, including a sister with super-strength, another who can make flowers bloom at will, and a young cousin who can make animals appear. Eventually, the family is faced with losing their magic, and it’s up to Mirabel – along with a long-lost uncle (John Leguizamo) to save the day.

This is all rendered absolutely beautifully; Encanto has the most impressive color palette of any animated movie in memory. The family’s house alone is nothing less than an animated marvel, and the character designs aren’t far behind. Mirabel, in particular, looks nothing like any other Disney heroine; she’s also the first, in 60 movies, to wear glasses.

Directed by Byron Howard and Jared Bush, from a screenplay by Bush and Charise Castro Smith, Encanto is one of no less than three movies this year for which Lin-Manuel Miranda wrote an entire suite of songs, the others being In the Heights and Vivo; that’s in addition to Miranda’s direction of Tick… Tick… Boom. That entertainer, in other words, is really working overtime to close out his bid for an EGOT, which is currently missing only the Oscar.

Miranda had previously worked on songs for Moana for Disney, and his work here, in eight new songs, is up to that level, even if it doesn’t offer ultra-sophisticated rhyming schemes like what he brought to Hamilton. The standout tune is “Dos Oruguitas,” which is the one getting the awards push.

Encanto is among the very best animated films of the year, and certainly the best one for children; it’s easily a head above its fellow Disney film Raya and the Last Dragon and Luca, from its corporate cousin Pixar. And while the likes of Ron’s Gone Wrong, Mitchells vs. the Machines, and Vivo are all fantastic, Encanto is better than all three. Only two animated films for adults in 2021, the rotoscoped documentary Flee and the traditionally-animated Holocaust fantasia Where is Anne Frank, are even in the conversation.

In the end, Encanto combines the best of what Disney animated movies did in the past, with a whole lot of things it had never before.

The Human Race is Essential Viewing for Fans of Battle Royale

Licorice Pizza Shows the Sweeter Side of Paul Thomas Anderson