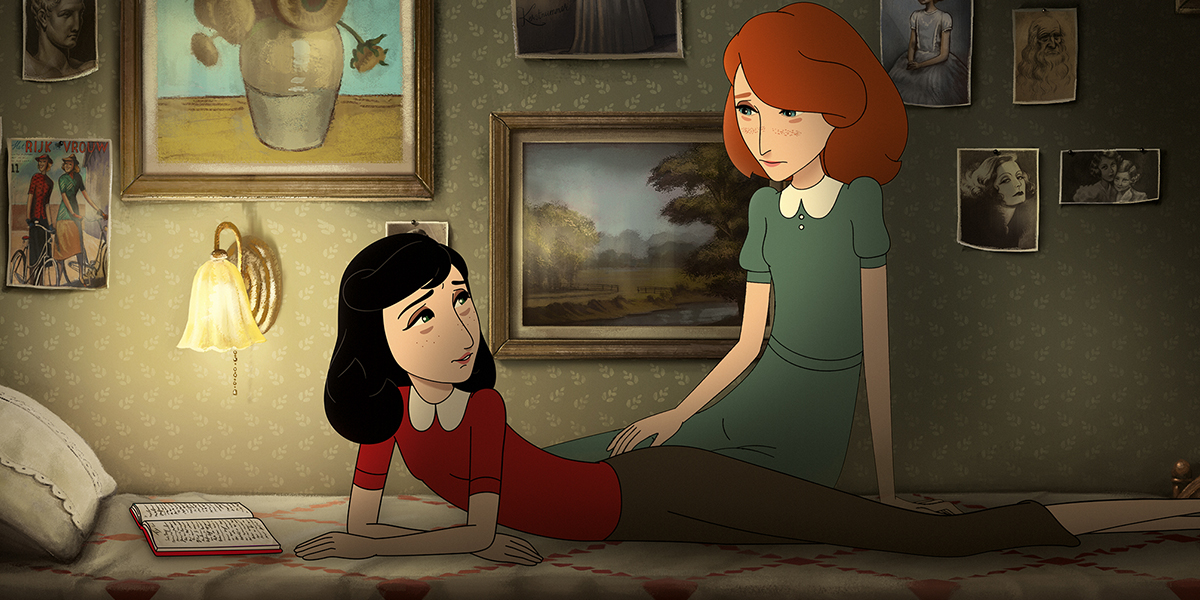 Where is Anne Frank Review

It’s not easy to find something new and unique to do with Anne Frank’s “The Diary of a Young Girl,” probably the best-known piece of literature from the Holocaust, and something that’s been adapted for stage and screen many, many times before.

But Ari Folman, the Israeli filmmaker best known for 2008’s Waltz With Bashir, has managed to do it, with an absolutely beautiful animated film that combines the established Anne Frank story with a modern-day counterpart, brought about with a dose of magical realism.

A Cannes debut, Where is Anne Frank had its North American debut this week at the Toronto International Film Festival. It’s also my favorite of the 25 or so films I’ve seen at TIFF. (The festival also offered another animated film about the Holocaust, Charlotte, although I was not able to see it.)

The animated film takes a highly unique approach to the Anne Frank story. There’s some of the story we know, about Anne growing up with her parents and sister, going to hide in the Amsterdam building now known as the “Anne Frank House,” and all the while writing down her thoughts in her famous diary.

Frank scholars have long debated why Anne Frank addressed most of her diary entries to “Kitty.” The film takes the position that Kitty was Frank’s imaginary friend. It takes the conceit that Kitty has magically re-emerged in the Anne Frank House in the present day.

Folman’s film sets clear rules about how the film’s universe works: Kitty can communicate with Anne, and also interact with people in the outside world., providing she has the diary in her possession at the time. Also, Kitty knows nothing of Anne, or of the Holocaust or any other history, aside from what’s in the diary- meaning, she doesn’t know that Anne died in the camps.

The things this film does with this premise are incredible. Kitty appears in modern-day Amsterdam, in which seemingly everything in the surrounding area is named for Anne Frank, yet prejudice, violence, and displaced people are far from things of the past.  She also gets to issue a real-time correction of the “In spite of everything I still believe that people are really good at heart” quotation, which was in fact a partial paraphrase of something Frank really said.

There’s a final speech that’s a bit too on-the-nose and changes the film’s subtext to text. But overall, the film’s heart is very much in the right place- and there’s no denying its emotional power.

There’s a been huge body of filmmaking from the past 25 or 30 years, in which Israeli filmmakers have challenged various myths related to Israel’s founding, wars, and other aspects. And one of the best of those films was Waltz With Bashir, the 2008 animated documentary directed by Folman.

In it, Folman interviewed his fellow veterans from Israel’s 1982 Lebanon War, as they all wrestled with the question of how much complicity they had in the Sabra and Shatila massacres, in which hundreds of Palestinians were killed in their refugee camps in Lebanon by a Lebanese militia that was allied with Israel. That film used a rotoscoping-like animation method to give the proceedings a dreamy haze.

Where is Anne Frank is not a documentary, nor does it use a type of animation that’s much like that of Waltz With Bashir. But it does take a mournful look back at the past- one that is clearly personal to Folman, who is the son of Holocaust survivors and turns out to have an even deeper tie to the material, that I won’t spoil.

From his past direction to a film interpreted as critical of Israel, to the political stand it takes at the end, I get the sense Where is Anne Frank is going to cause right-wing Jews or other people who bristle at the Holocaust being invoked in relation to modern-day horrors involving murder or refugees, to their damn minds. I could probably predict what the inevitable Tablet magazine piece is going to say, word for word.

But then them do so, as I look forward to the discourse. Where is Anne Frank — whose release plans are yet to be announced — is a beautiful film, that finds a creative way to approach a story that’s been told a great deal over the past 75 years.

TIFF 2021: The Rescue Highlights a Group of Unlikely Heroes

TIFF 2021: Saloum is an Exhilarating Genre Hybrid from Senegal