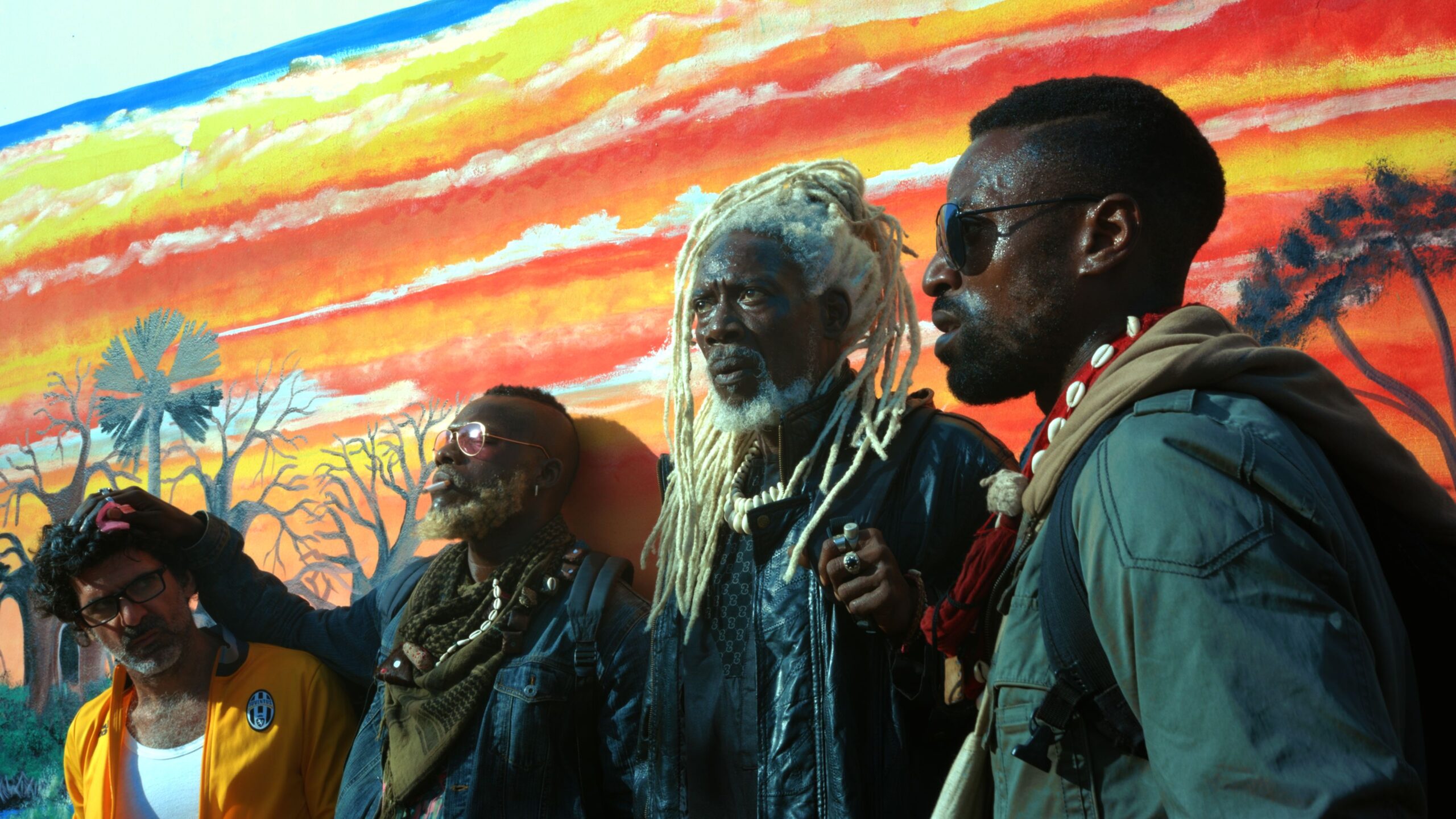 Mysticism, mistrust, and misdeeds run through the heart of Jean Luc Herbulot’s Saloum. Never sitting quietly, his latest feature expertly shifts genres in such a kinetic manner, wearing its influences in open view of the audience. A hybrid action-horror-thriller that is always reinvigorating itself either with style or narrative twists, Saloum is high-octane entertainment that leaves traditional storytelling at the door in exchange for dynamic filmmaking.

The amount of times I thought about different directors while watching Saloum is evidence of its gripping use of influence. Set in Senegal, three mercenaries known as Bangui’s Hyenas attempt to extract a drug dealer out of Guinea-Bissau during a coup d’état in 2003. When things go south and the group is forced to find an alternative route to their destination, they attempt to blend in at a holiday encampment on the coast of the Sine-Saloum Delta. They are not alone though and a wide cast of characters begin revealing themselves including the hotel manager with a mysterious past, a deaf woman who knows of the Hyenas, a suspicious police captain, and the tourists just trying to relax.

No one is who they seem in Saloum and the same goes for Herbulot’s film, also written by himself. The movie frequently evokes the spirit of a spaghetti western mixed with the style of a Hong Kong crime film. Gregory Corandi’s cinematography helps keep everything feeling fresh and kinetic, deftly switching between genres while still keeping the core mystery and mistrust between characters at the forefront. Then everything just goes completely off-the-rails in a beautiful genre hybrid of action and horror reminiscent of Robert Rodriguez’s From Dusk Till Dawn. Needless to say, Saloum is a lot of fun.

Where it doesn’t quite get there is in its thematic direction. None of the folklore that is brought up throughout the film ever really catches on, only prominently appearing in the film’s surreal climax. Once that hits, there’s great creature design that lends itself to the mysticism hinted at prior, but because Herbulot saves a lot of that for an exposition dump late in the film, it doesn’t hit as hard as it could.

There’s also a lot of character work where the screenplay evidently needed another pass or two to develop and make them matter more. The camaraderie between the Hyenas is great, but once the stakes escalate, the only character that feels fully realized is Chaka (Yann Gael) who acts as leader to the Hyenas while they stay at their accommodations. A lot more emphasis is placed on him throughout the film, giving him a bit more emotional depth and payoff throughout the story.

That being said, Saloum still feels like it’s firing on all cylinders. It’s overtly stylish and doesn’t wear out its welcome, even with less to chew on thematically than it initially presents. The bookending scenes of the film imply something more heady happening, but really it’s just cool. The impact it leaves isn’t lasting, but Saloum is a thrilling time from beginning to end.