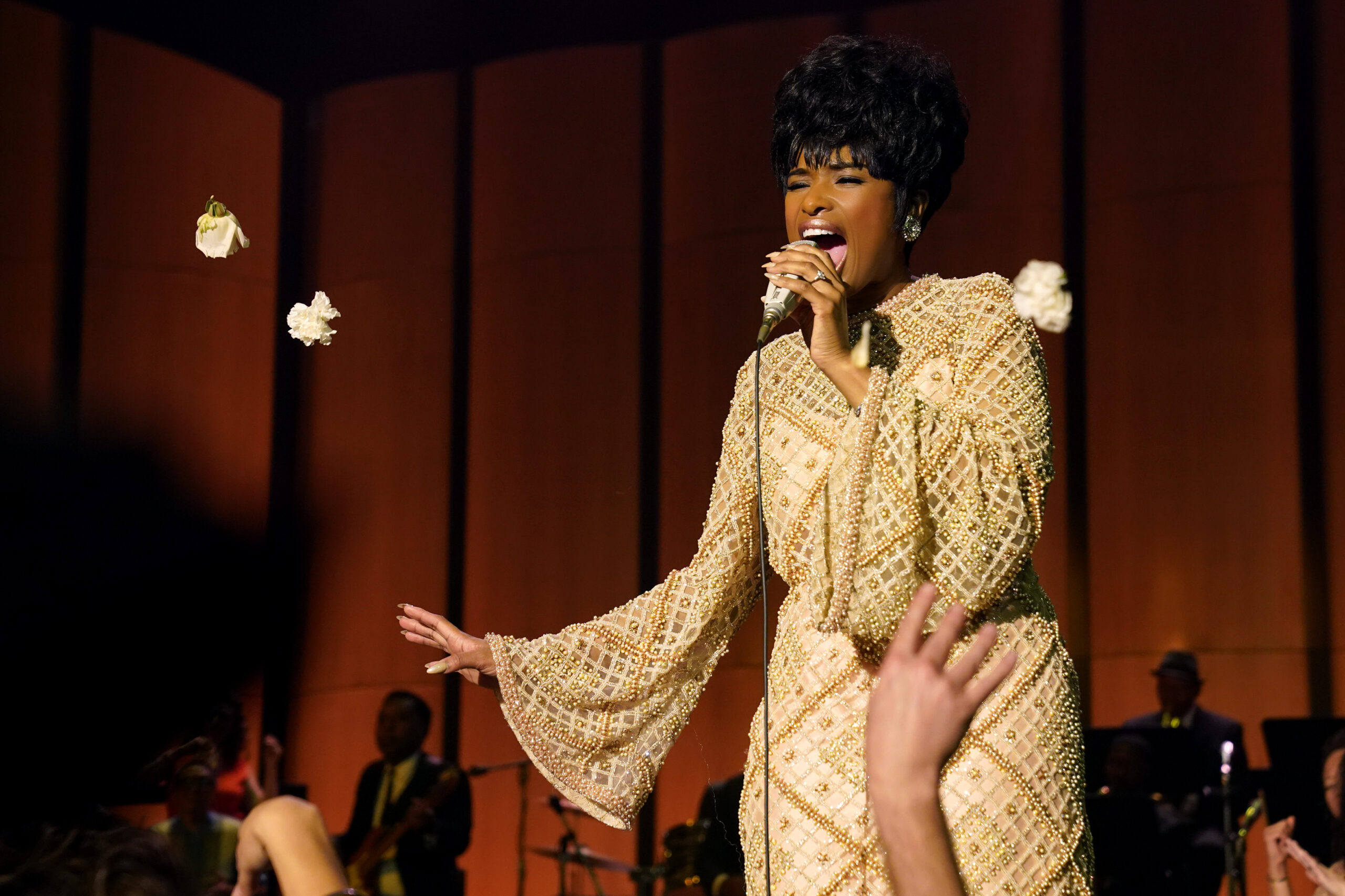 Respect, the new biopic of the Queen of Soul, Aretha Franklin, is so beholden to cliches of the music legend biopic genre that fans of Walk Hard: The Dewey Cox Story will essentially be able to recite specific scenes along with it.

However, within the confines of that formula, Respect mostly succeeds, powered by a fine performance from Jennifer Hudson as Aretha, and wonderful presentations of many of the singer’s best-known hits.

Directed by Liesl Tommy, best known for her stage work, the film was written by Tracey Scott Wilson. It had the cooperation and participation of Franklin’s estate and was in the works long enough that Franklin played an active role prior to her death in 2018.

The film begins at some point in the late 1950s, with Aretha still a child, and occasionally attending parties held by her Detroit minister father (Forest Whitaker), with the creme de la creme of the Motown scene of the era.

Played as a youngster by actress Skye Dakota Turner, Aretha shows early talent, but is sexually abused at an early age and gives birth to two children while still a teenager. The film is somewhat cagey about the exact circumstances and paternity of Franklin’s two youngest children, just as Franklin herself was throughout her life.

After many years as a signed artist, Franklin suddenly begins to break through with hits in the late ’60s, thanks to a switch in record labels, the taking on of manager Jerry Wexler (Marc Maron), and collaboration with the famed musicians in Muscle Shoals, Alabama. But along with the success comes lingering demons, as well as excessive drinking. The film’s scenes of Franklin struggling with alcoholism are certainly the film at its weakest, and also it’s most Walk Hard-esque.

But the film recovers, closing out with Franklin’s famed “Amazing Grace” sessions from 1972, a moment that works about as well as the final Live Aid performance in Bohemian Rhapsody (which happened to be the one big moment that the Queen biopic got right.)  Similarly, the sequence of Franklin working with the musicians in Muscle Shoals is up there with the Pet Sounds recording sessions in Love & Mercy as the best scene of its kind in recent memory.

Hudson, who won an Oscar for her first-ever movie role in Dreamgirls, just fines as Franklin. She may not look just like a young Aretha did, but she’s got the voice down, and this is her best movie role since her first. The supporting cast is uniformly strong, led by Whitaker as the singer’s father, who the film depicts as a jealous asshole, and Marc Maron, who has actually turned into a pretty decent character actor. Wayans also gives one of his best performances in this new dramatic phase of his career, having played a much less loathsome husband last year in Sofia Coppola’s On the Rocks.

Mary J. Blige steals a single scene playing Dinah Washington. Audra McDonald does brief but heartbreaking work as Aretha’s mother, while Titus Burgess, of all people, plays the small part of gospel legend James Cleveland and absolutely knocks it out of the park.

That Amazing Grace footage came out two years ago in a compelling concert film, also called Amazing Grace, one that was released, literally, over Aretha’s dead body; that doc is a recommended companion to this film. In Respect, Franklin’s post-1972 life, from her role in The Blues Brothers to her singing at Barack Obama’s inauguration, is dealt with in a lengthy montage at the end.

Respect wrapped before the pandemic and was originally set to come out last December. Should the film’s release in mid-August be seen as a concession that it’s not headed for an awards season run? Who knows. But despite checking almost every box of cliches for this type of film, Respect is a worthy tribute to the life of Aretha Franklin.

Stillwater: Where was all the Action?