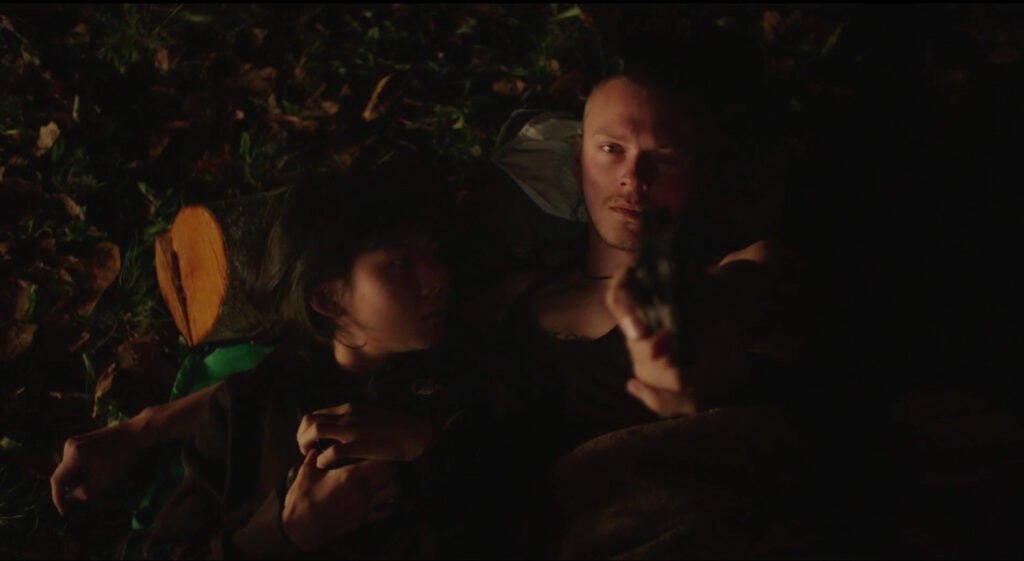 Just outside of Seattle, Baby (Zita Bai), a 17-year-old Chinese immigrant living in a troubled home, passes her days being bullied at school, cleaning the houses of the rich, and documenting everything she sees on her old video camera. When she decides to engage herself in an act of thievery, she soon catches the attention of Fox (Vas Provatakis), a delinquent, and the two strike up a torrid love affair with the hopes of escaping their increasingly difficult lives.

It may not take much to discover that this coming-of-age tale stands for; Baby, both in name and demeanour, is suffocated, metaphorically and almost literally by her overbearing mother, who has lost her mental capacity following the death of Baby’s father. Suppression and emotional manipulation are the names of the game, and this matriarch often denies Baby the opportunity for growth and exploration, sometimes by simply informing her that she won’t turn 18, just “Seventeen plus one.”.

Stuck in this state of arrested development (her struggling advancement punctuated by repeated imagery of her period), Baby is withdrawn and naïve, discovering about the nature of oral sex by eavesdropping on the other girls in her school, and smoking weed for the first time only after meeting Fox. The movie hinges on its creator, writer, and star Bai, and with her, it’s in incredibly safe and versatile hands. One of the most captivating and subdued presences seen in recent memory, Bai’s naturalistic take on teenage life, albeit regressed, is often moving and knowingly frustrating, as she navigates the emotional and physical violence in her day-to-day existence.

To describe the central relationship as volatile would be an understatement. Within minutes of their first encounter, Baby and Fox are at each other’s throats, until the attraction and curiosity they feel towards one another surpasses their need for physical attack. Initially fascinating and unconventional, it’s later on in this conceit that the film begins to wane; loving each other with as much intensity as they do when slapping each other, their consistent separations, only to regroup again become repetitive until it reaches its inevitable conclusion.

Despite it being perhaps marketed as a love affair between a girl and a boy, its most effective exploration is the relationship between mother and daughter, and it’s a shame more wasn’t exploited here, instead of choosing to focus on Fox as her knight in not-so-shining armour. Baby’s mother’s predicament is never fully extrapolated upon, to the film’s advantage, but its B-plot status is far more intriguing than that of Baby and Fox.

Still, there is much to discover with Baby Don’t Cry, the most indie of indie movies, and it’s a rare exploration of the female coming-of-age in a sub-genre dominated by its male counterparts. The unconventional love story will unsettle some (not to mention an uncomfortable sex scene) but Bai’s talents shine through to make this worth seeking out.

Despite an Abundance of Cliches, Respect is a Musical Success