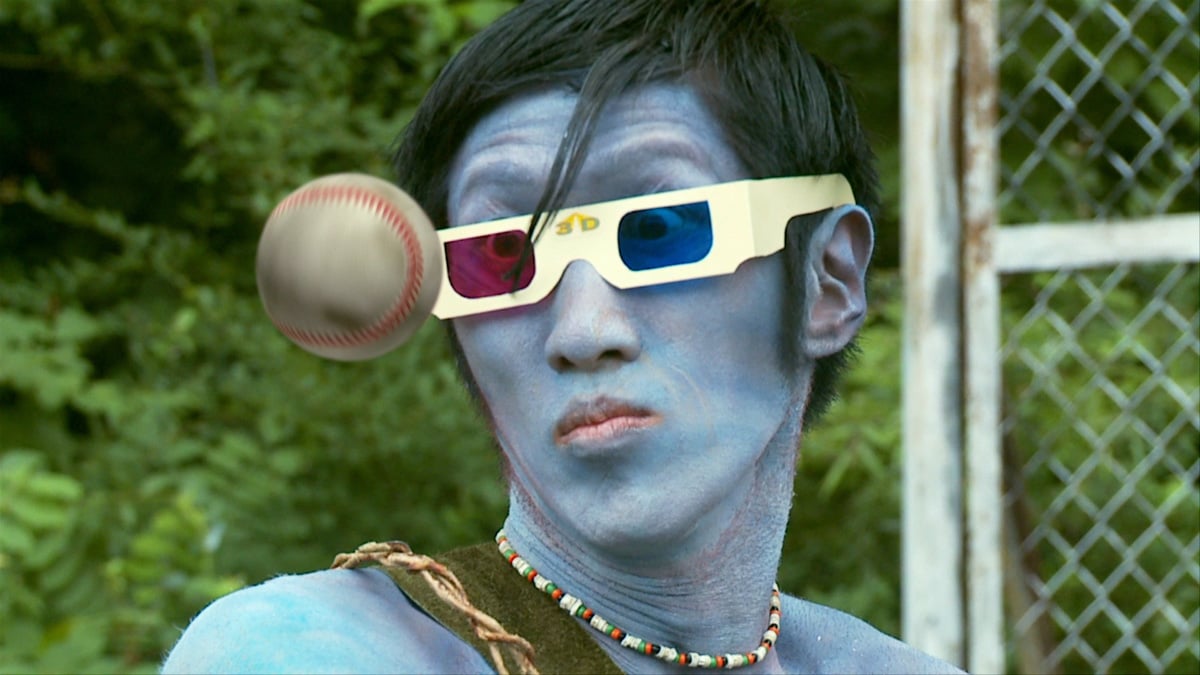 Deadball brings back Jubeh Yakyu (Tak Sakaguchi) from Battlefield Baseball. In 2003, it was already a stretch for the 27-year-old Sakaguchi to play the 17-year-old Jubeh. One of the better jokes of Deadball is that Sakaguchi at 35 is still playing a 17-year-old baseball prodigy.

The plot beats are essentially the same. Jubeh, whose best pitch killed his father, has vowed never to play baseball again. He is convinced otherwise but finds himself in a game where the objective is not to win but to survive and kill the other team.

This time instead of a high school, Jubeh finds himself in a prison for juvenile delinquents. Instead of Zombies, he faces a team of homicidal teen Femme Fatales.

Deadball has a bigger budget, better special effects, better make-up, better cinematography, and a more coherent screenplay than Battlefield Baseball. According to the director Yûdai Yamaguchi, because the film is not exactly a sequel and not exactly based on Gatarō Man’s manga, previous limitations on what they could do with the characters were lifted. The result is a film that is prepared to cross any taboo in its path at 100 miles an hour with its hair on fire, its pants around its ankles, and its arm raised in a Nazi salute.

But the result of all that freedom is a film with a fraction of the cheerful sense of anarchy of Battlefield Baseball. Maybe chained by the limitations imposed on him while making the first film, Yûdai Yamaguchi was forced to rely on great (albeit completely insane) ideas to tell his story.

Deadball is a funny comedy of excess and is in almost every possible way a better cinematic achievement than its predecessor, but Battlefield Baseball remains a better, funnier film.

Monster Brawl Earns All Five of its Snowflakes