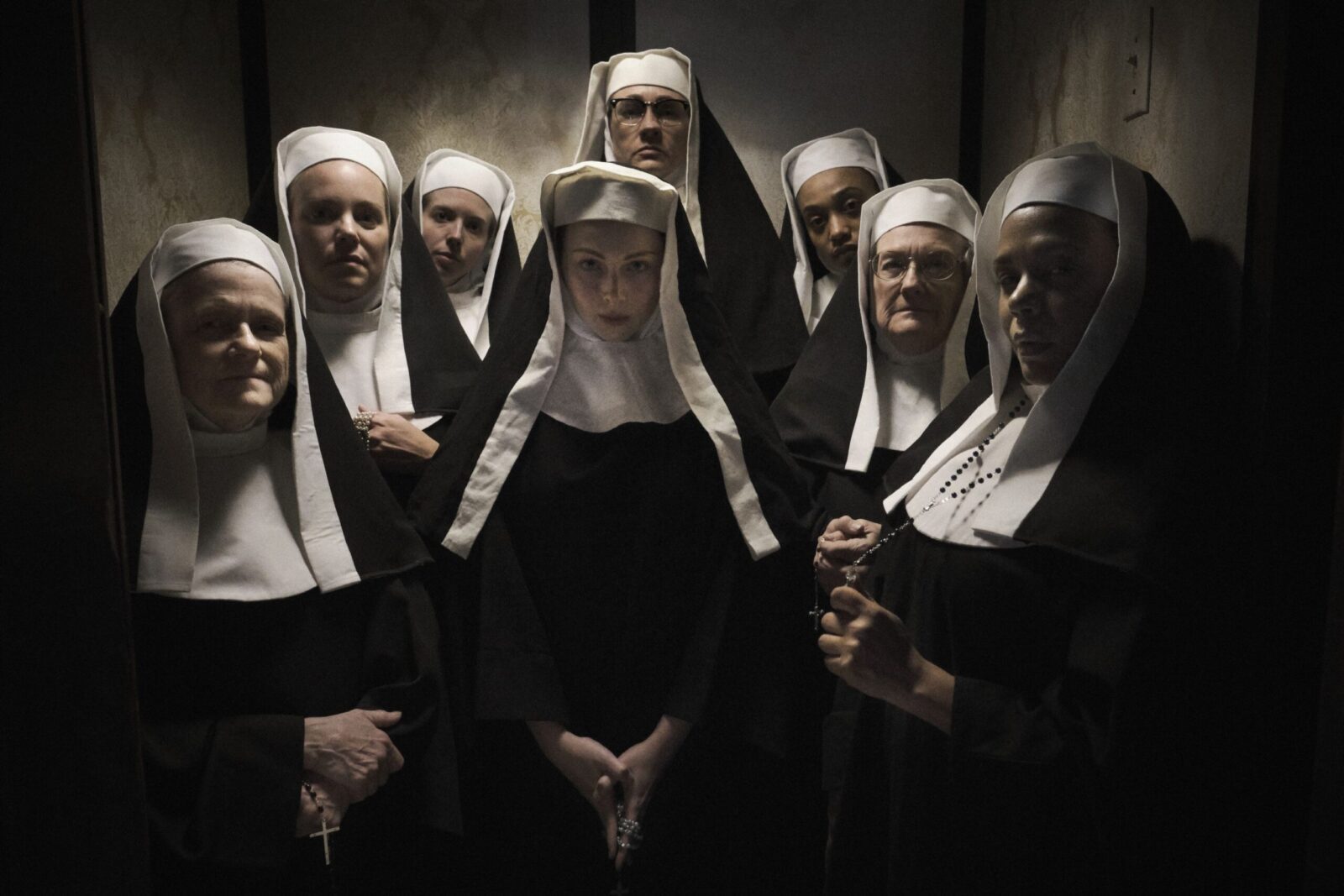 Setting itself up to be something wholly different than what it actually becomes, Mickey Reece’s Agnes is striking cinema. An exorcist film that reaches its climax early and then does some soul searching for the remainder, it’s a testament to what can still be done in the medium to make it feel fresh and exciting. Reece pulls out all the stops to create a wholly unique experience that subverts some of the usual suspects that frequent religious horror.

To say that the exorcism genre has been done to death is an overstatement. Yet, right from the opening scene of Agnes, there’s no denying this is something more exciting. Beginning with a scene that feels like the opening to a procedural network show, except its a demonic possession instead of watching a murder or a patient fall ill, Reece immediately starts planting the seeds for other narrative threads to pull at later. From the sexual tension between the nuns at a convent and their new male guests, Father Donaghue (Ben Hall) and Benjamin (Jordan Horowitz, playing a soon-to-be priest), to the various power dynamics used by men to assume control over women, there’s so much to unpack with just mere suggestions throughout.

When Agnes (Hayley McFarland) is suddenly possessed – or so the convent she is in believes – the Church summons Father Donaghue to attempt to exorcise the demon, while forcing Benjamin to come along and keep an eye on Donaghue. His checkered past with the Church, along with his more free-spirited thinking has kept him from being in their good graces. Where Reece and co-writer John Selvidge make their big swings is in their willingness to put the “action” of the film on the backburner for genuine conversations about faith and connection.

There’s plenty of thrills and frights in the first half of the movie, but it eventually makes a narrative shift that takes focus off of Father Donaghue and onto Mary (Molly C. Quinn), Agnes’s best friend in the convent. It’s a rather seamless transition that leaves characters in the dust, but not in an abrupt manner. The film naturally progresses into a more personal story where the reverberations of what happened in the convent linger throughout. It’s a divisive decision, but Agnes is filled with those on both the script and aesthetic level – what makes them work is the confidence behind them.

When a film can take two separate stories and make them feel complete, it’s nothing short of impressive. What Reece does with Agnes is give in to all of the demonic and religious horror and let it fuel the painful ache that it becomes. While not a flawless film, and certainly one that will leave some viewers confused or even angry for the shift its plot takes, Agnes is an ambitious film delivered with a confidence that it will leave some audiences behind – but those who remain are rewarded with a delicately told story about connections that are never truly gone.

Deadball is a Better Cinematic Achievement than its Predecessor

King Car Is a Bold, Bizarre Piece of Filmmaking