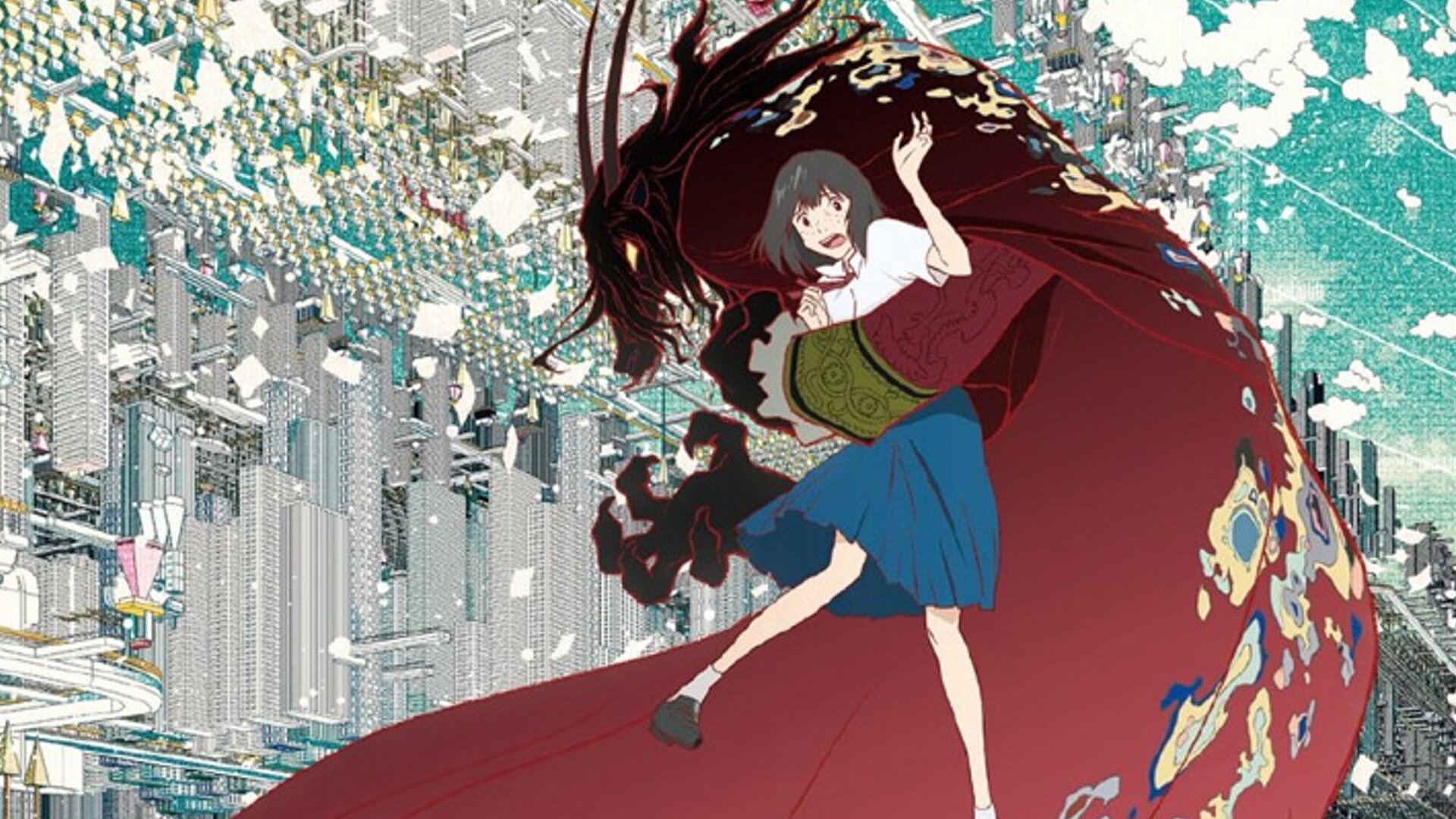 When Mamoru Hosoda’s latest animation opened in Cannes earlier this year, it received a 14-minute standing ovation. Not entirely unheard of in the world’s most volatile film festival, it’s notable that an animation could provoke such intense feelings among a hard-to-please crowd.

Welcome to “U”, a virtual world in which a user is biometrically scanned to create an avatar, a reflection of their inner strengths and power. When 17-year-old Suzu (Kaho Nakamura) is introduced to the platform by a friend, “Belle” is created, an elegant, elf-like creature complete with long pink hair, the freckles that dot Suzu’s real face, and a wicked singing voice, capturing the attention of every single of the other 5 billion of the world’s users.

Except, however, a particular user named The Dragon (Takeru Satoh), whose first run-in with Belle is unintentional and fraught with danger. Hunted by the world’s security team, he is known for being violent and aggressive, a threat to the others – excluding Belle, who suspects there is more to the beast than meets the eye.

No points for guessing which fairy tale this draws inspiration from. A direct reference to both Cocteau’s 1946 La Belle et La Bête and, more specifically Disney’s 1991 classic, this is a modern retelling of beauty meeting beast, albeit with darker edges. Hosoda (who had a crisis of faith in his chosen medium right before seeing the latter) subverts the expectations of what a Beauty and the Beast story can be, and hits refresh on the traditional fairytale.

With a blend of 2D animation and CGI, it’s certainly one of the most stunningly animated films of the past decade, a colourful, vivid, imaginative palette in a league of its own. Bizarrely, the world of U is akin to a computer chip from a God’s -eye perspective; upon closer inspection, it’s a vast space filled with drab buildings and emptiness, until you realise it makes its users (which include a baby dressed in pink and small white angel-like creature with a crown) pop even more, a decision which aids the contrast between Belle and The Dragon.

Animation which serves both a younger audience and an older has also never looked better during its set-pieces, of which there are a fair few; see, for example, The Dragon propel himself and a member of the security team into a building – as the glass from the windows shatter, shards appear at various points of focus for the viewer, immersing you into this virtual world as much as its fictional users.

It is also genuinely funny, and its sense of humour runs throughout its run. One scene set in a train station waiting room brilliantly and relatably captures the awkwardness and embarrassment involved in teenage romance, whilst Suzu’s best friend Hiro (Lilas Ikuta) provides most of the laughs as her acerbic best friend. Without entering into spoiler territory, it’s a hard film to balance such comedic timing, but manages it all the same.

If there’s one thing the Belle doesn’t quite nail, it’s its two-hour runtime, with the film not very good at goodbyes. It’s cuts to black only to pick back up again on a number of occasions, and some of these scenes can be easily cut. However, for a film as beautiful as this – it does pack one hell of a punch during a third-act musical number – it’s a minor issue in an otherwise exceptional work, worthy of a 14-minute standing ovation.

Michael Bay’s The Rock: A Revealing Window Into Project 007