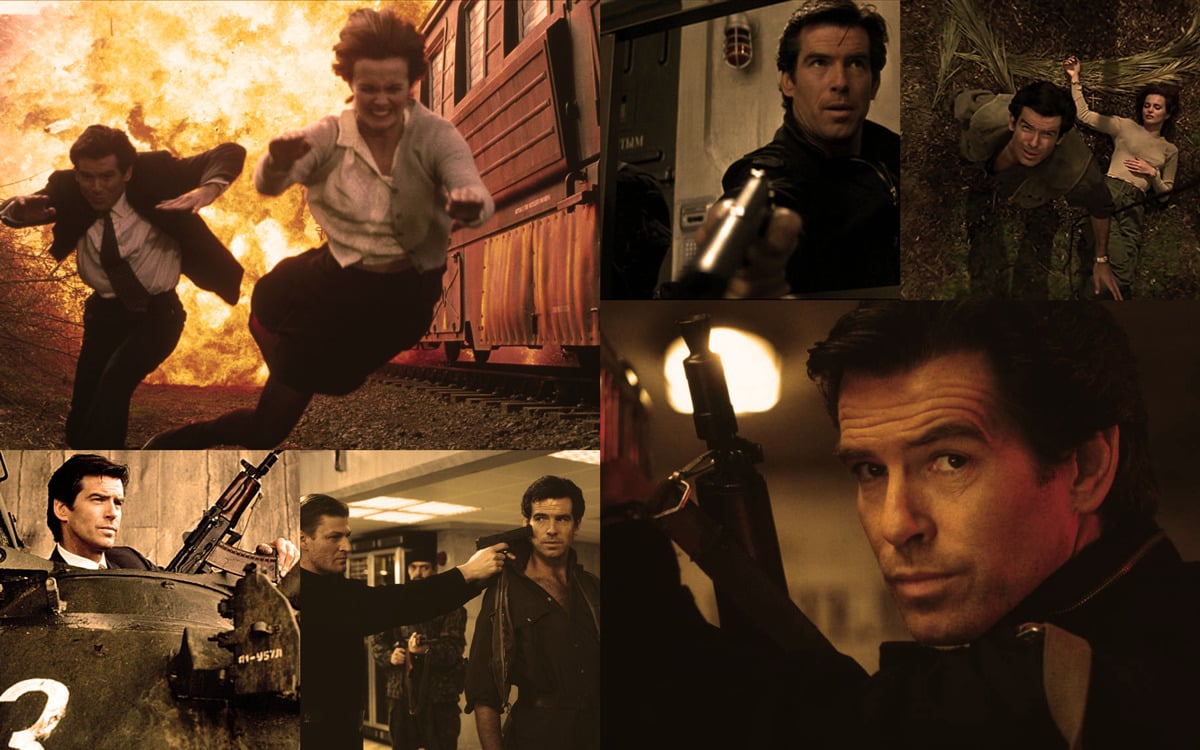 Thanks to the coronavirus-induced delay of No Time to Die, more than five years will pass between James Bond movies, since the release of Spectre in the fall of 2015. In fact, the entire presidency of Donald Trump will pass without the release of a 007 movie.

The longest gap between Bond films, at least until now, was the six years between 1989 and 1995, between License to Kill, which was the final 007 movie with Timothy Dalton, and Goldeneye, the first with Pierce Brosnan. It was the first Bond movie of the Clinton era, and also the first, somewhat crucially, since the end of the Cold War.

As we continue to mourn the recent passing of original big-screen Bond Sean Connery, Goldeneye marks its 25th anniversary this week. Goldeneye remains a superlative action film that proved Pierce Brosnan a perfect fit for the role of the world’s most famous fictional secret agent. It would also be, by far, the best of Brosnan’s four turns as James Bond.

Goldeneye brought the Bond series into the era of Simpson-Bruckheimer action-adventure filmmaking, when the major action movies were the likes of Executive Decision, The Rock, and Con Air. It’s not quite as over-the-top as most of those movies, but just as action-packed, even if some of the special effects, by modern-day standards, are a bit silly-looking.

The film was directed by Martin Campbell, who would also be responsible for Casino Royale, Daniel Craig’s successful first outing as 007. With Goldeneye, Campbell didn’t reinvent the Bond wheel nearly to do the degree he would a decade later- most of the Bond touchstones are there, from the opening action blowout to the female villain with a cheeky name to Q’s gadgets.

Goldeneye showed an outstanding blueprint for how to revive the 007 series with a new actor.

The only real big change was that M was a woman (Judi Dench) for the first time and even got to give a speech calling Bond a misogynist and a “relic of the Cold War”- which is the sort of thing that would be denounced as the sort of millennial woke nonsense that’s “ruining” James Bond if it appeared in a modern-day Bond movie instead of one from 1995.

The plot didn’t exactly reinvent things either. The plot trots around the globe, to locations including Russia, Cuba, and Monte Carlo, and it entails Bond squaring off against a villain with a superweapon (the titular satellite), as well as a female villain (Xenia Onatopp, played by Famke Jansen, who kills men by crushing them between her legs during sex.) The other main baddie is Bond’s friend-turned-foe Alec Trevelyan (Sean Bean), who was Agent 006 before showing his villainous true colors. Also on board was a very young Alan Cumming as a Russian computer hacker, who repeatedly shouted the catchphrase “I am invincible!”

Brosnan’s other three outings as Bond were all flawed in various ways, although Tomorrow Never Dies had the bright idea of making the villain a Rupert Murdoch-like media baron, and Die Another Day had a standout turn from Halle Berry. But Goldeneye was, by a safe distance, the best of Brosnan’s turns in the 007 role.

We don’t know what direction the James Bond series will take after Daniel Craig hangs up the tuxedo, who will take on the role, or what director will be directing the series creatively. But 25 years ago, Goldeneye showed an outstanding blueprint for how to revive the 007 series with a new actor.

Goldeneye its currently streaming on Netflix.

His House Announces the Arrival of a Major New Voice