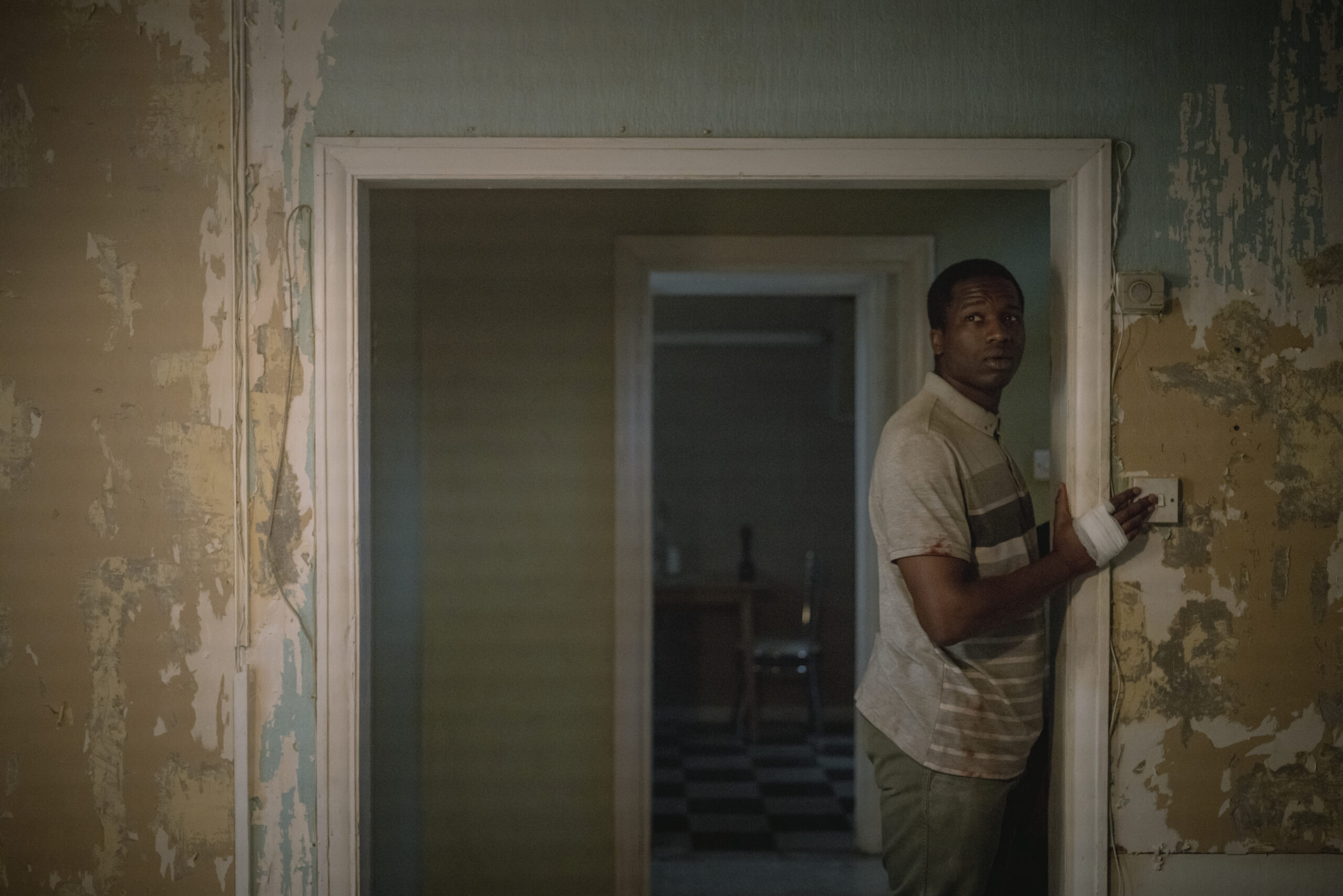 His House is a socially relevant horror film that announces the arrival of a major new voice, in first-time writer/director Remi Weekes. The film, which debuted at Sundance in January to little fanfare, has gotten excellent notices since it landed on Netflix at the end of October. His House is one of those horror movies that would be horrific enough even without the horror elements.

It’s a refugee story, an immigration story, and a grief story, before we even get to the haunted house stuff. Don’t Look Now would appear to be a major influence, as have various haunted house movies of the past. But Weekes comes at things from a very different angle than most.

The film, which feels very Blumhouse-like, despite Blumhouse having nothing to do with it, tells the story of a couple, Bol (Sope Dirisu) and Rial (Wunmi Mosaku, who recently starred in Lovecraft Country), who have fled war-torn South Sudan for a new life in England. They tragically lost their daughter Nyagak on the journey, and remain haunted by the loss.

A refugee resentment caseworker (ex-Doctor Who star Matt Smith), sets them up with a sizable but run-down house and encourages them to assimilate (“be one of the good ones,” he says.) Bol dives into that mission — speaking English eating at tables with utensils, and learning soccer cheers — but Rial, less so.

And then they realize that the house is haunted, by an entity called an apeth or “night witch,” which seems to be haunting them for a specific reason. The catch, of course, is that Bol and Rial can’t vacate the house, or else they’ll jeopardize their refugee status- if they leave the house, they’ll lose the house. It’s a great conceit, that the couple is haunted both by the house, and by their own past, and that there’s a connection between the two.

His House is a movie that indicates great things are coming from Remi Weekes.

Sure, there are some jump scares, and extremely creepy special effects, and even a scary-looking monster, played by Javier Botet. But the horror here goes much deeper, especially once late revelations come into play, and we learn a bit more about the actual circumstances that led them to leave South Sudan.

It’s not only that the film treats the stories of refugees as something other than an abstraction, and that it doesn’t give the characters halos.

His House is a movie that indicates great things are coming from Remi Weekes.

Watson Gets Lost in the (Sea)Weeds